At 5:15 p.m. on Monday, three apparently middle-aged men — one carrying a bag from a shoe shop — walked into the Dorotheum auction house in Vienna and went to the second floor.

Then they took it out of its frame and walked out.

The robbery lasted just minutes. The men made next to no effort to hide their appearance.

The Vienna police were investigating, said Inspector Patrick Maierhofer, one of the force’s spokesmen, who provided the above account of the suspects’ actions, which were played out on closed-circuit TV footage. “It was very quick,” he said. “Nobody noticed.”

The suspects did not cut the work out of its frame, he added, but he would not say how it was removed. “We don’t want to give advice to other people,” Inspector Maierhofer said. 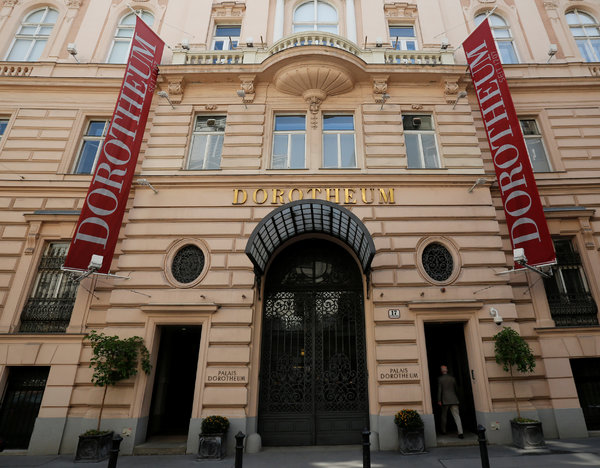 Such blatant robberies from auction houses are rare, said James Roundell, director of Impressionist and Modern art at Dickinson, a London art dealer, who previously worked for 22 years at Christie’s in London.

In 1984, robbers armed with sawed-off shotguns stole jewelry worth over $1 million from Christie’s, but that was the only similar event that came to mind, Mr. Roundell said.

“People pocket things from auction houses,” he said. “With a print sale, someone can slip one into their catalog. But paintings, I haven’t really come across it. I can’t imagine auction houses would be too keen to publicize it.”

The Dorotheum — Vienna’s most renowned auction house, which was formed in 1707 by Emperor Joseph I — did not immediately respond to requests for comment.

“This is a brazen crime that sends a shiver down any curator’s spine,” said Esther Bell, chief curator at the Clark Art Institute in Williamstown, Mass., which is holding a major Renoir exhibition next year.

“Paintings are delicate and easily prone to damage,” she added in an email. “Beyond the outrage of the theft, for museum professionals, there’s the worry about the safety of the object.

“We spend our careers trying to protect and preserve these paintings, and it is truly stomach-churning to think of this Renoir in the hands of criminals who clearly have no interest in the protection of cultural assets.”