Orlando Bloom unveiled some arm ink earlier this week on Instagram, showing fans a slim line under a series of numbers accompanied by the dots and dashes often seen in Morse code messages.

“New tattoo,” he wrote in the caption for the image. “Can you guess who?”

Fans quickly guessed that the lines and dots are Morse code spelling out Flynn, the name of Bloom’s son with Miranda Kerr. The numbers above appear to be the date and time that Flynn was born.

However, some eagle-eyed fans pointed out that the code actually seems to spell out “Frynn” instead of “Flynn.”

The tattoo is “just a bunch of dots and dashes in line with a pair of extremely long extended dashes,” Henrichs said over email. “Probably is just a stylized artistic design!”

“There are differences in the character sets for these. Also, there are supposed to be spaces between letters – but there aren’t any evident in the photo,” he explained.

He was also kind enough to provide this breakdown for readers to see if they can find either “FLYNN” or “FRYNN” on the arm:

Paul Reuvers, an engineer behind the Netherland’s Crypto Museum, echoed Henrichs’ thoughts, telling HuffPost, “It’s definitely not Flynn, as in that case one extra dot would be needed.”

“To be honest, this morse code is difficult to read as so appropriate space have been inserted between the characters. My guess is that it’s just random,” Reuvers said.

We even tried plugging “Frynn” and “Flynn” into a Morse code translator, and the results don’t help Bloom’s case. Based on the translator from Morse Code World, Bloom’s tattoo indeed resembles “Frynn” more closely than “Flynn.” 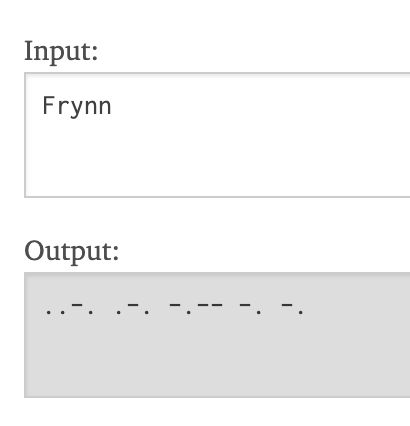 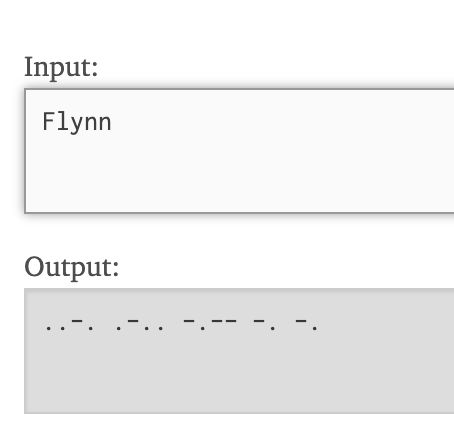 At any rate, Bloom’s gesture seems sweet enough, and we’re pretty sure most people glancing at his arm in the flesh aren’t proficient enough in Morse code to judge him too harshly.

Go forth and enjoy your new ink, Orlando. Just maybe double-check the spelling next time.