No less a critic than Charles Dickens was appalled by the way New York in the 19th century housed its prisoners in the dank, overcrowded and smelly precincts of “the Tombs,” the city jail in lower Manhattan.

“Such indecent and disgusting dungeons as these cells, would bring disgrace upon the most despotic empire in the world!,” he wrote in 1842.

Yet into that dark world walked every day a woman who brought the inmates care, compassion and practical help. For these efforts, Rebecca Salome Foster, a volunteer who dedicated herself to humanitarian work after the death of her husband, came to be known as the “Tombs Angel.”

A sympathetic ear, a zeal to investigate their cases and a willingness to plead their cause with judges were among the blessings she brought to the prisoners, many of them poor, none of them yet convicted of the crimes with which they were charged.

When she died in 1902, a victim of the Park Avenue Hotel fire, an effort to honor her arose almost immediately, resulting in the installation of a 700-pound marble monument in the city’s old Criminal Courts building. But when the court was torn down around 1940, the monument disappeared from public view for decades, hidden away in the bowels of various storage spaces. 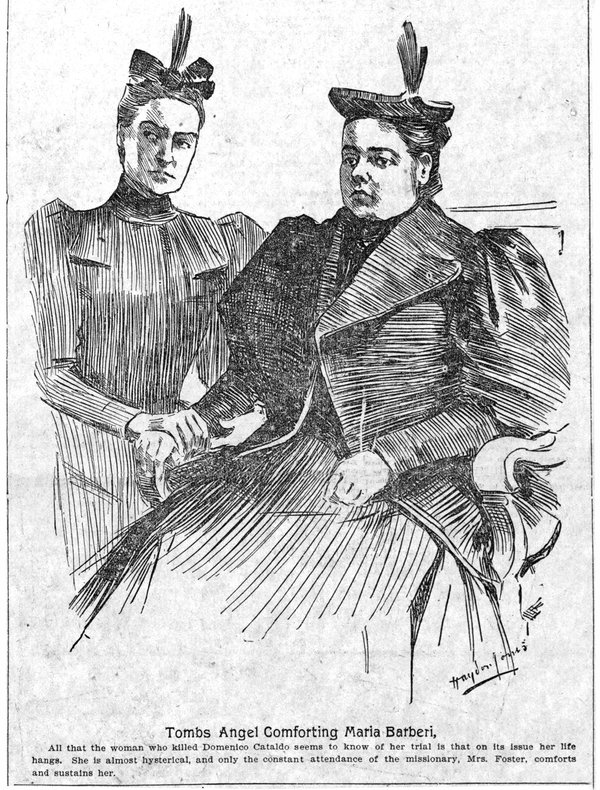 Now the monument, rediscovered and refurbished, is being reinstalled in the lobby of New York State Supreme Court this month, a tribute to Ms. Foster and also part of a wider effort to recognize the many women whose contributions to the city have never been properly honored.

“Timing is everything, and there’s all this interest now in the dearth of tributes to deserving women, and here we had one that dates back to 1904,” said John F. Werner, the chief clerk and executive officer of the civil branch of the court.

Beyond this project, New York is working to address the fact that so few of its public monuments feature women by creating a series of new ones, including figures of Billie Holiday and the trailblazing congresswoman Shirley Chisholm.

Ms. Foster’s spirit of service was recognized in her own day by the City Club, which started the campaign to create a monument to her. Admirers noted how Ms. Foster, beginning in the 1880s, had not only helped the jailed, but also offered food, money, clothing and job-training advice to the poor of lower Manhattan.

Greg Young, one of the hosts of the New York City history podcast “The Bowery Boys,” said that by the time Ms. Foster began working there, The Tombs was “already a total hellhole.” Because it was built atop the poorly filled-in Collect Pond, he explained, the jail had major structural problems that disrupted its sewage, drainage and water systems. It was also terribly overcrowded, with several prisoners usually filling cells designed for one.

That jail was shut down and replaced the year Ms. Foster died, with a new building that was itself shut down in 1941. Several iterations later, the city’s jail in that neighborhood is now officially known as the Manhattan Detention Complex. Informally, it’s still called the Tombs.

Soon after Ms. Foster’s death, important judges joined the campaign to honor her. So did President Theodore Roosevelt, who gave money to the project. The monument they helped to create consisted of a marble bas-relief and a medallion likeness of Ms. Foster by the Austrian-American sculptor Karl Bitter, with a bronze frame by his American collaborator Charles Rollinson Lamb.

At some time while in storage, the bronze frame and the medallion disappeared. The surviving element, the relief depicting an angel holding a vulnerable figure, is scheduled to be installed in the court building at 60 Centre Street on Tuesday and rededicated on June 25.

“We sort of dropped the ball when we lost track of it and didn’t immediately restore it to public view when the old criminal court building was torn down,” Mr. Werner said. ”

Mr. Werner was critical to rescuing the monument from oblivion. The piece had turned up briefly, dirty and damaged, during a survey of city-owned art that registered its existence in 1983 and sent it out for some conservation work at the Metropolitan Museum of Art. But no plan for what to do with it came together, and it was ultimately put away again.

Almost two decades later, a relative of Ms. Foster, Jeremy Ann Brown, who served on a New York panel that reviewed judicial conduct, contacted Norman Goodman, the longtime county clerk of Manhattan. She said she recalled that her great-aunt might have once been honored with a monument. Did he know where it was?

They found it in storage, but again a plan to place it in public view never materialized.

Mr. Werner, though, had sat in on a meeting where the monument’s future was discussed, and a few years ago took it upon himself to restart the process. His first stop — finding Ms. Brown — was not easy, because her last name was so common.

But an online search in 2014 turned up a possible email address for her, and they managed to reconnect.

“Twenty years ago, we would have been toast,” Mr. Werner said.

It wasn’t long before the Municipal Art Society, the New York Public Design Commission and the Department of Citywide Administrative Services came on board, too. The project drew funding from the Paul & Klara Porzelt Foundation, which has previously supported projects of this sort.

The project’s $44,000 price tag included a complete restoration of the work by A. Ottavino Corp.

Ms. Brown, who lives on Cape Cod, is scheduled to attend the rededication this month and said she is happy that her perseverance won out. She said she had been fascinated as a child by a scrapbook about Ms. Foster that she found in the attic of her home in Rockland County, N.Y.

“Over the years, I would leaf though it with my mother,” she said, “and she would tell me stories about the Tombs Angel. I always knew she was very special.”

“Hope springs eternal,” Mr. Werner said, “and, somehow or other, as badly damaged and abused as this monument was, it survived. Surviving is the key.”