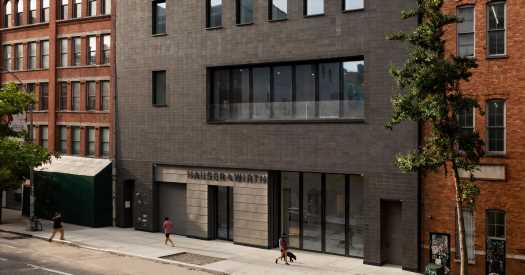 Nearly a year after the postponement of a Philip Guston retrospective roiled the art world, some of the modernist painter’s controversial paintings of cartoonish Ku Klux Klan figures will be displayed in New York in September.

Hauser & Wirth, which represents the Guston estate, will exhibit the paintings from the artist’s Klansmen series as part of “Philip Guston, 1969-1979.” The exhibition will run from Sept. 9 to Oct. 30 in their New York gallery and will showcase work from the final decade of his career. (Guston died in 1980.)

The timing “is urgent because of the art’s relevance to our cultural context today,” Marc Payot, the president of the gallery, said in an email on Wednesday, though he said the show was not organized in response to the postponement of the Guston retrospective at four major museums last year.

Mr. Payot mentioned the “racial reckoning and widespread calls for social justice” after the deaths of George Floyd and Breonna Taylor last summer, and how they “echo the context in which Guston made these late works.”

Last year, three museums in the United States and one in Britain had delayed programming a Guston retrospective, the first in more than 15 years, that included images with the painter’s motif of cartoonish Klansmen because organizers determined the images needed to be better contextualized for the current political moment.

Though Guston intended the Klan imagery to criticize racism, anti-Semitism and bigotry, organizers said they worried it could upset viewers and that the works could be “misinterpreted.”

The touring exhibition was supposed to open on June 7, 2020, at the National Gallery of Art in Washington, before moving to the Museum of Fine Arts, Houston, then to Tate Modern in London, and finally, to the Museum of Fine Arts, Boston. The directors of the museums announced in a joint statement last fall that the retrospective would now open in 2022 — they had initially delayed the exhibition until 2024 — and that “additional perspectives and voices” would be needed before the work could be displayed.

Some in the art world called the decision a necessary step back amid the racial justice protests, while others condemned it for avoiding challenging works of art.

But the National Gallery had the support of its board of trustees, including Darren Walker, the president of the Ford Foundation, a philanthropic giant. He told The New York Times in September that if museums had not taken a step back to re-examine the exhibition, it would have appeared “tone deaf.”

“What those who criticize this decision do not understand,” Mr. Walker said, “is that in the past few months, the context in the U.S. has fundamentally, profoundly changed on issues of incendiary and toxic racist imagery in art, regardless of the virtue or intention of the artist who created it.” 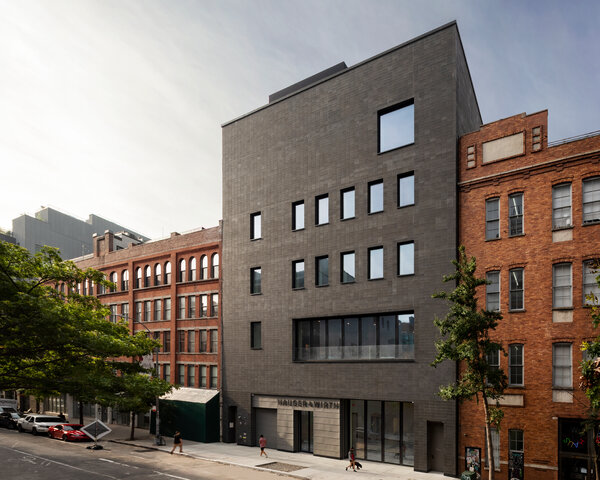 Mr. Payot said on Wednesday that Hauser & Wirth had planned its exhibition “for quite some time.” The show will focus on Guston’s figurative paintings and will include works that have never been exhibited before. It will also be accompanied by public programs.

Mr. Payot acknowledged the works were challenging. “But as Guston’s daughter, Musa Mayer, has said, ‘These paintings meet the moment we are in today. The danger is not in looking at Philip Guston’s work, but in looking away.’”

The gallery was still making final selections for the show, but Mr. Payot said that it would include the 1969 painting “Blackboard,” which depicts three hooded Klansmen. He called the painting “an astonishing work, heartbreaking in what it says about the way we teach racism to perpetuate it in America.”

“It’s a rarely seen canvas by an artist at the height of his powers,” he said. “And we are honored to be able to show it.”