An immersive theater show of “The Great Gatsby” has returned in London. Can it keep the novel’s spirit alive while obeying the coronavirus rules? 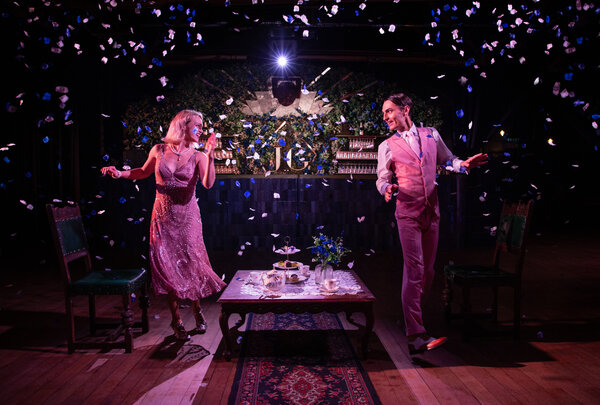 LONDON — One afternoon in September, nine cast members of “The Great Gatsby,” an immersive theater show staged like a party at Jay Gatsby’s mansion, were sweatily dancing the Charleston in a London venue.

There should have been 10 of them in the rehearsal, but one actor, M.J. Lee, was serving as the show’s impromptu choreographer. The dancer who usually does that was stuck at home, waiting for the result of a coronavirus test.

Lee did not seem bothered by the responsibility. “That’s great!” she kept shouting at James Lawrence, an actor playing Nick Carraway, the show’s narrator, as he struggled with the steps.

“The Great Gatsby,” which has been running in London since 2017, is only one of a number of West End shows attempting a comeback this fall after lockdown forced their closure in March. But it has arguably faced the largest hurdles, because of its unusual, immersive staging. 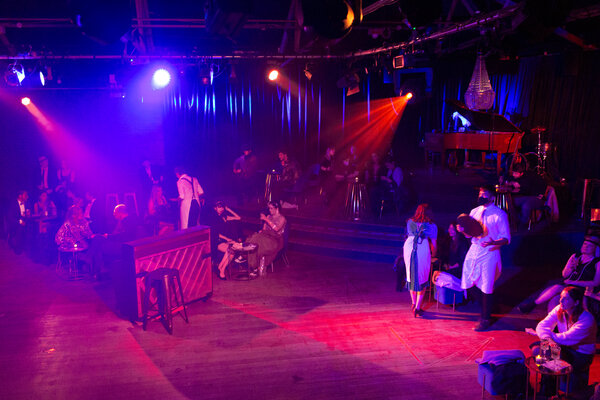 Before lockdown, the show was often described as being as much a party as a play. Audience members came dressed in suits or flapper dresses, and stood drinking in a grand room of a London townhouse, decorated in the style of a 1920s bar. During the show, the actors roamed among the audience while performing scenes, often talking directly with attendees to bring them into the action.

The cast would also take a handful of lucky audience members off to other rooms in the townhouse — Gatsby’s boudoir, for instance — to take part in short, interactive scenes. (Sometimes audience members got a bit too close. In 2018, the police were called after actors complained of being sexually assaulted by audience members.)