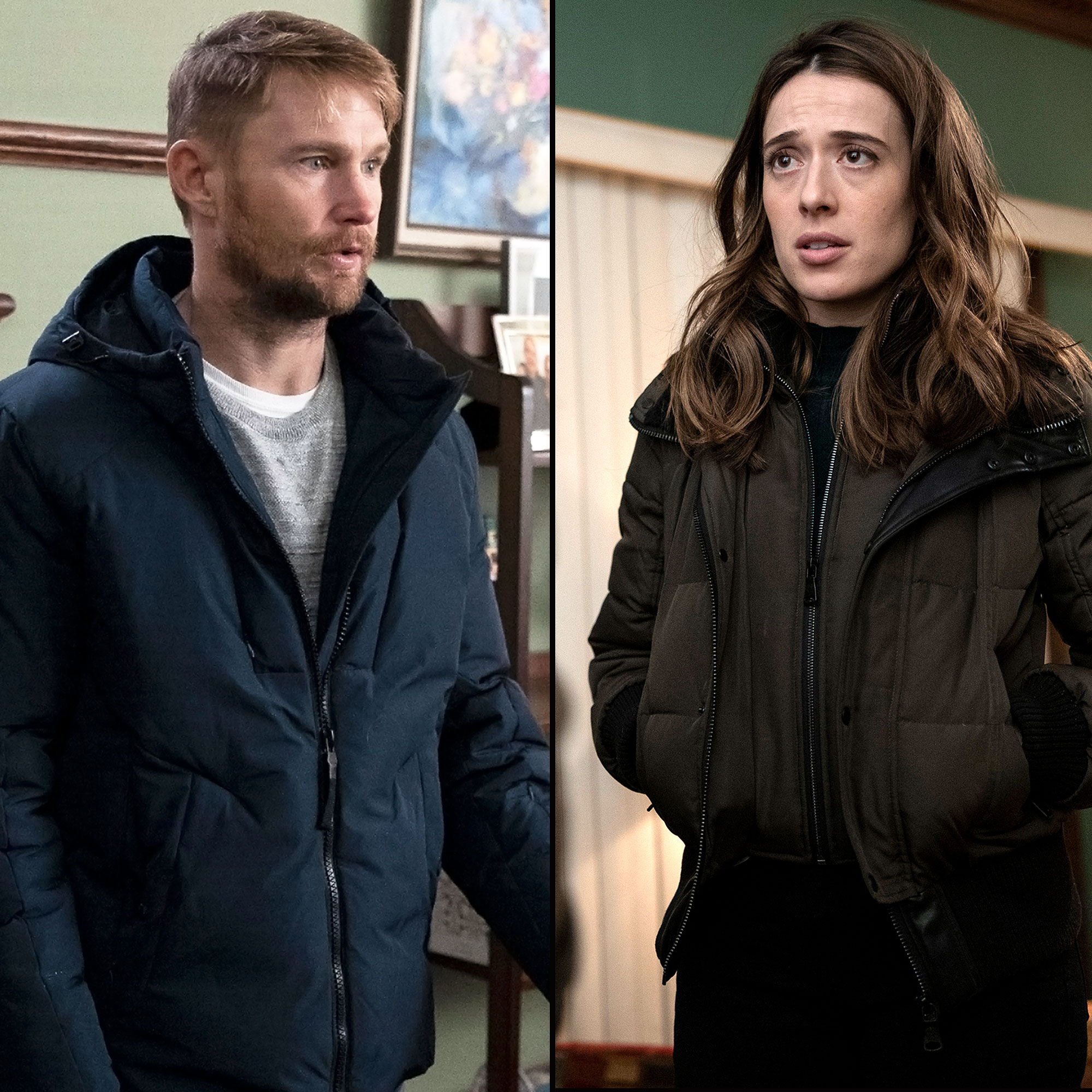 While the Chicago Fire/Chicago P.D. crossover is set to be quite dramatic, there’s also a chance of it having some romance! During the first hour, Chicago Fire, Casey (Jesse Spencer) will help Brett (Kara Killmer) as she considers meeting her birth mother. On Chicago P.D., Burgess (Marina Squerciati) is attempting to move forward from her miscarriage when her ex Roman (Brian Geraghty) returns to town to find his missing sister.

While Squarciati, 35, confirmed exclusively to Us Weekly there won’t be anything romantic between Roman and Burgess this time, “they should bring him back because there definitely are sparks,” she said. “He’s dealing with his missing sister so it’s a little tough. She’s been through this situation and he’s missing his sister, it’s really hard to find time to date.” 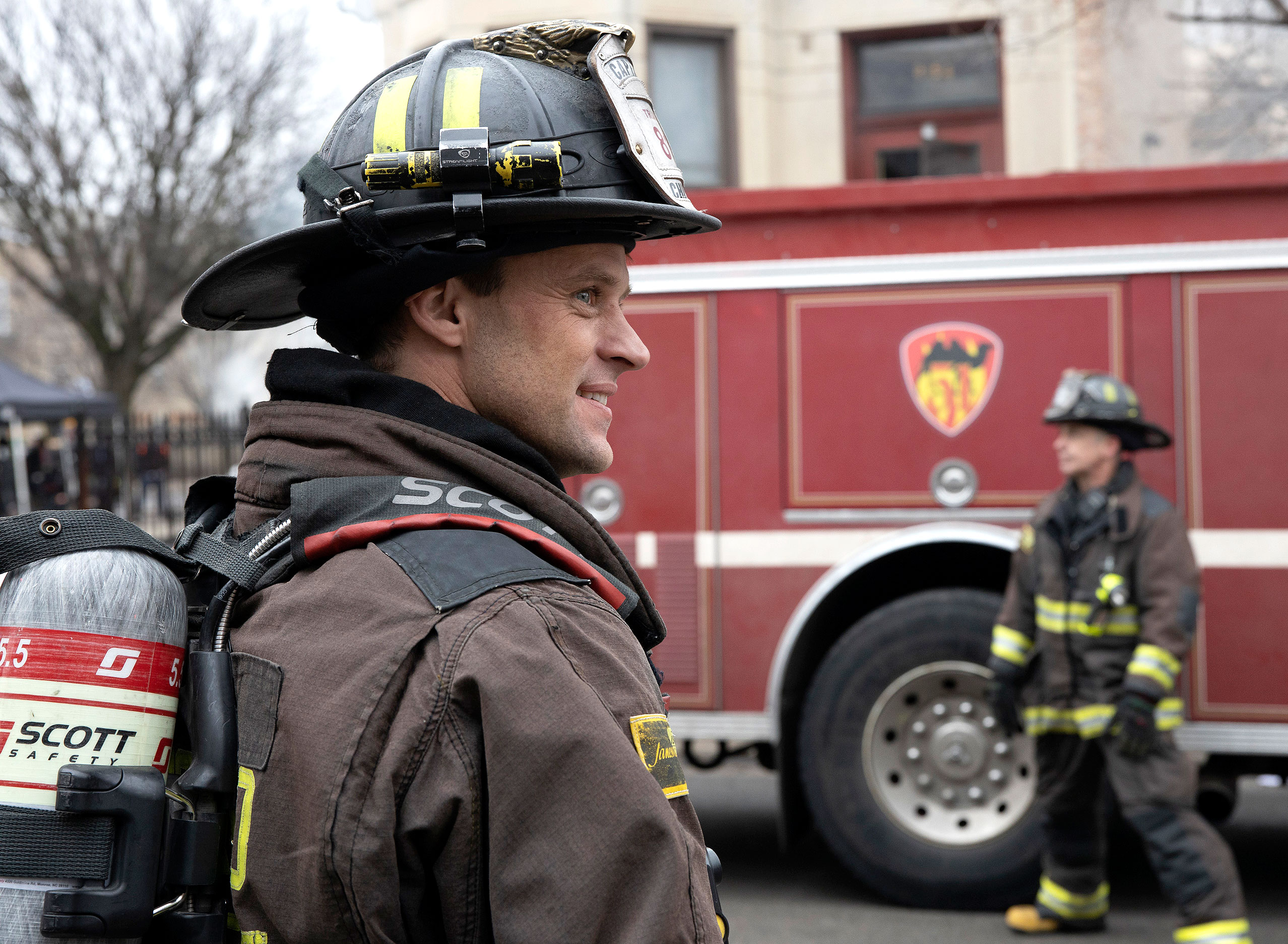 That said, Burgess throws herself into his case in order to help.

“She’s not really letting Ruzek (Patrick Flueger) in at the moment so it’s just more of pushing him away and falling a little more into Roman,” she noted.

Elsewhere on Chicago Fire, Brett allows herself to fall into Casey while she attempts to figure out what’s happening with her mother.

“Casey was there when they were bonding when this older man lost his wife and then they rallied the city of Chicago to her funeral,” creator Derek Haas told Us. “He reached out and he gave her that solid advice: ‘I know you’re a good person you find the good in people.’ So you know, he’s been there in a confident kind of way. But who wouldn’t go to Casey? He’s always solid and optimistic and a shoulder to lean on.” 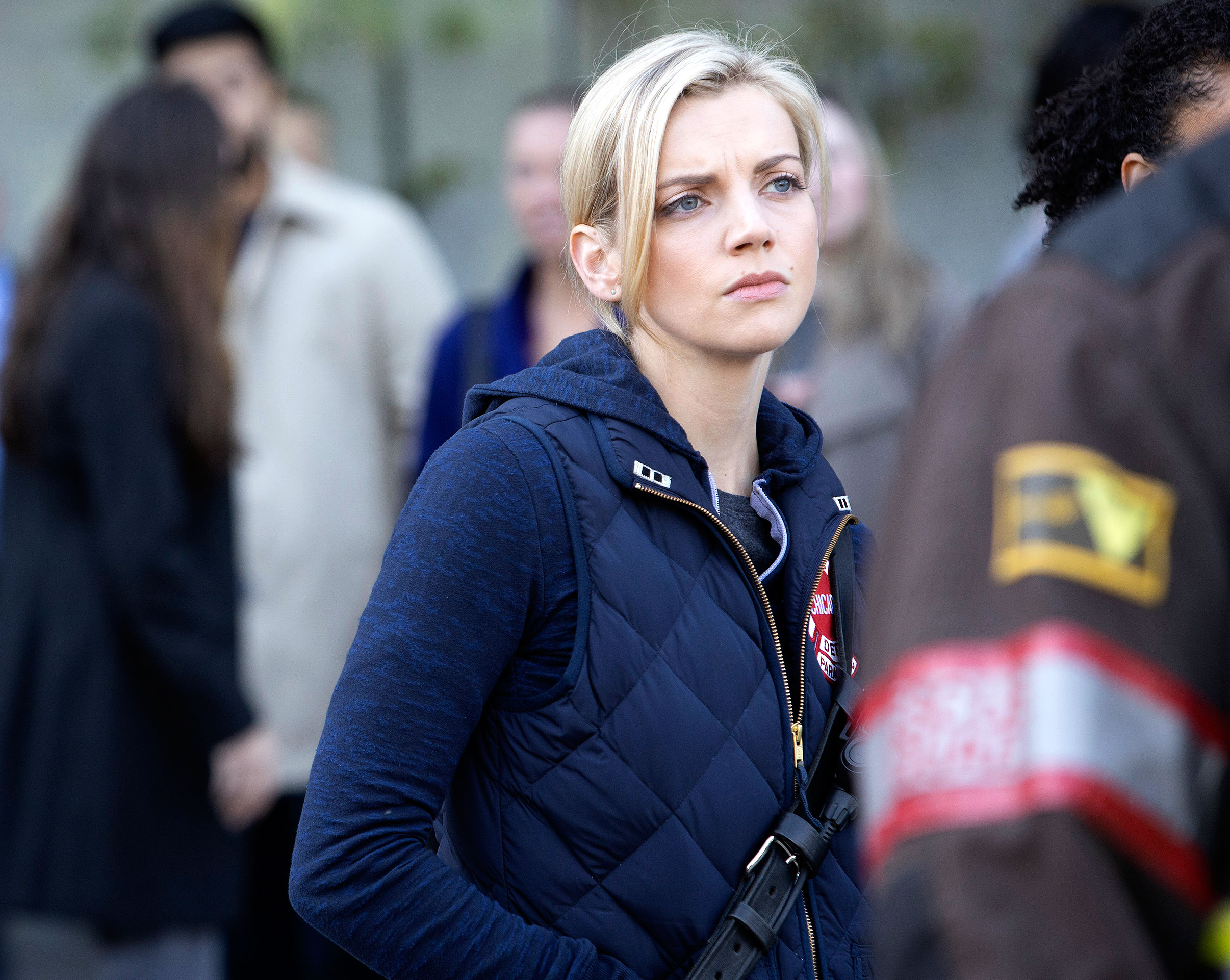 Brett has a ton of friends too, so it won’t be only Casey that she’s leaning on.

“More characters are going to be brought in to the story,” he added. “It’s not going to be a secret or hidden or anything.”

The One Chicago crossover special kicks off on NBC Wednesday, February 26, at 9 p.m. ET.