Deadly police shootings are an unfortunate staple of American journalism. I’ve covered a bunch of them in my time as a newspaperman, as both a reporter and an editor: Sixty-six-year-old Eleanor Bumpurs, killed by a white cop in the Bronx; 13-year-old Nicholas Heyward Jr., armed only with a toy gun, shot dead by a black officer while playing cops and robbers in a Brooklyn housing project. Then there was Ray Cannon, a newly married white cop, shot between the eyes by a black teenager during a stickup in a bicycle shop; or Omar Edwards, a black cop who was a star running back on the Police Department’s football team, killed by a white colleague as Officer Edwards, in plain clothes and with pistol drawn, chased a thief down a Harlem street.

All the stories are painful, each in its own way. And so I had tried over the years to force myself to be open to nuance, to be suspicious of cliché, to be prepared for surprise.

Then, a former colleague at The Times called my attention to a 2016 police shooting in West Virginia that didn’t seem to fit any familiar category. A young black man had been killed. A young white officer had been fired. That was, on its face, unusual enough. But the story got stranger: The cop who was kicked off the force had never fired his gun. 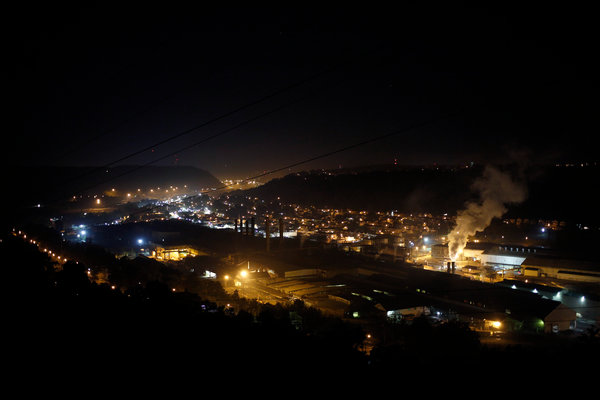 The photographer Luke Sharrett and I set off to Weirton, W. Va., to report a story that both of us had a hard time getting our heads around. Turns out, Mr. Sharrett had spent lots of time in Weirton, shooting pictures of the fading steel town, 30 minutes outside Pittsburgh. Weirton, a town of 20,000 or so, was visually majestic in its state of decline. Still, its officials liked to boast it was one of the safest small cities in America.

The fatal shooting took place in 3 a.m. darkness outside a modest little home on Marie Avenue in Weirton. The young African-American man was R.J. Williams, 23. He had had a fight with his ex-girlfriend, with whom he shared a 5-month-old baby boy. His ex, Bethany Gilmer, had called 911. Mr. Williams, who had a history of mental health issues, told Ms. Gilmer that he was going to wave an unloaded gun at the police when they got there just so they would kill him.

The woman told all that to the 911 dispatcher, but the dispatcher did not relay the claims to the officers who were responding. Stephen Mader was the first officer to arrive. He grew up in Weirton, served in the Marines and had hit the streets as a rookie just months before. He found Mr. Williams outside the house.

The term “suicide by cop” is sometimes attributed to Karl Harris, a police officer turned psychologist who came up with the phrase after manning a suicide hotline in the early 1990s. But there is little question that the phenomenon has existed for decades. Some researchers trace its rise to the emptying of America’s psychiatric hospitals in the 1960s and ’70s and the growing problem of homelessness. But it’s not hard to find examples that don’t easily fit those categories: people who have been laid off from work or who have had a romance end.

One of the more rigorous studies of the phenomenon was done a decade ago, and it indicated that suicidal intentions could play a role in more than a third of all fatal police shootings. Those who died in this fashion were overwhelmingly male, typically young, and frequently under the influence of drugs or alcohol. In 15 percent of the episodes categorized as suicide by cop, the encounter began with a report of domestic violence.

Seemingly every one of these cases comes with the potential for controversy. Was the suicidal person, sometimes brandishing a knife or pretending to have a weapon, really a threat? Was firing their guns the only option for the officers? What kind of training had the officers received in dealing with those who have a mental illness? Is the term “suicide by cop” — making the officer an actor in a painful, private choice — unfair to the involved officers, many of whom wind up deeply traumatized?

Mr. Mader never shot Mr. Williams. One of the two backup officers who arrived later did. But Mr. Mader was the one who lost his job. His superiors determined he had frozen in a life-or-death moment. Mr. Mader, who sued the City of Weirton and won a $175,000 settlement, claimed he had been fired for not shooting Mr. Williams first. Weirton officials insisted that Mr. Mader had not been fired for not shooting, but rather because he had failed to take any action, which they said was just his latest failure on the job.

Tim O’Brien, one of the lawyers who represented Mr. Mader, contrasted his client’s punishment with the numerous and often incendiary cases in which officers around the country had killed young men of color only to face no repercussions.

“It’s a profound case,” Mr. O’Brien added. “Almost like a law professor made it up. It goes to the heart of when deadly force can be used.”

The full article can be found here.

The PBS series “Frontline” produced an episode about this story for its podcast, The Frontline Dispatch. It can be found here.