Our television critic suggests the dramedy “Atlanta,” which has a sense of intimacy and reality. 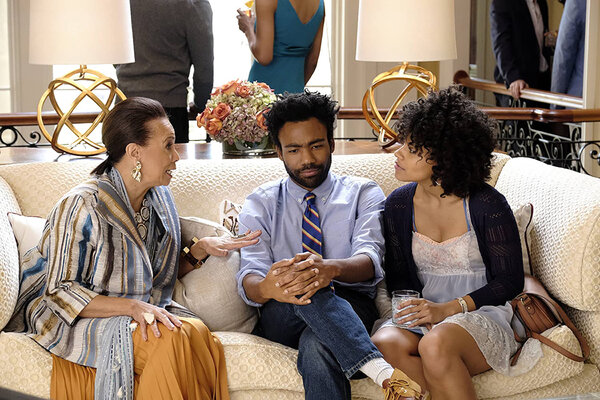 During these strange times, it seems the only TV series I can get into have short episodes, a darkly humorous outlook, are often poignant, have a sense of the absurd while still being grounded in a familiar reality, aren’t afraid of the ambivalence of human existence, center friendship and family as often as romance, and often use great music. My brilliant friend also pointed out that in these kinds of series, people do grow, no matter how painfully.

I watched “Fleabag.” I watched “Catastrophe.” I watched “You’re the Worst.” I watched “Insecure,” “Baskets,” “Feel Good,” “Flaked,” “Work in Progress,” “Casual” and “Togetherness.” I can’t get over “Better Things” or “I May Destroy You.” What should I watch next? — Georgia

“Atlanta.” Donald Glover’s gorgeous and lyrical dramedy follows Earn, an aspiring music manager trying to facilitate his cousin’s burgeoning rap career, figure things out with his on-again off-again girlfriend, raise his daughter and just kind of … hatch. It’s emotionally rich, very funny and capable of true surprises both stylistically and narratively. Some episodes are full-on parodies; others include flashes of magical realism. But they all have that sense of intimacy and reality that it sounds like you’re looking for — a show that’s about being alive. Its two seasons are streaming on Hulu, and FX recently announced that the show’s third and fourth seasons, which will be filmed back to back, will go into production in 2021.

Then watch “BoJack Horseman,” which might seem too fantastical for your vibe, but trust me: If you want a show where smart characters muse on the agonies of life but also make jokes, this is it (on Netflix). Then watch “Enlightened,” and let its tenderness and depth destroy you and then rebuild you anew (HBO Max).

Follow those with “Ramy,” (Hulu) and then “High Maintenance” (HBO) and then “One Mississippi” (Amazon Prime Video).

Michaela Coel’s first TV show, “Chewing Gum,” is less depressing than a lot of shows on your list, but it has that dazzling specificity that defines the best auteur comedies (on Netflix). “This Way Up” (Hulu) is not as good as “Catastrophe” or “Fleabag,” but it hits similar notes in a lot of good ways; “The Other Guy” (Hulu) is cruder and less polished than other shows on your list, but has that compelling fearlessness around lousy behavior. “Crazy Ex-Girlfriend” (Netflix) is 44-minute episodes, but I think otherwise meets your needs, and it’s terrific.

(Here are more suggestions about what to watch after “Fleabag.”)

Since the pandemic started, I have lost my attention span. It’s completely gone. At first, it felt like I would miss some important Covid update if I wasn’t glued to my phone for approximately 22 hours a day. Next, I got laid off and suddenly I had the option to fill my workdays with watching TV, which instead of energizing me, overwhelmed me.

I used to seek out old shows and keep up with new ones. Now I’ve basically forced myself to watch all three seasons of a mostly average period drama on Netflix just to feel something about TV again. I thought that escaping to a period drama would help, because whenever I watch shows set in the present day I just keep thinking, “They have no idea what’s coming.”

Why is my old friend and sweet comfort blanket suddenly so unappealing? Am I doomed to stay in this Covid-induced TV inertia forever? Are there any shows that can break me out of this funk, or help me start to enjoy watching TV again? — Hayley

First, I’m sorry you got laid off.

Second, you’re definitely not alone in suddenly feeling like you fell out of love. So third, give yourself a break! Not just “be nice to yourself, you deserve it” — though that too — but take a big break from TV completely. Don’t force yourself to watch something just because, and don’t buy into “power through” hogwash. The “thrill” is gone because TV has moved from comforter to caretaker, which is not quite the same thing (see: partner versus parent), and that shift has robbed it of its appeal for the moment. You and TV need to take some time apart.

So let couch time be something different for a little while. Play the phone game of your choice and also download tons of different podcasts. I’m currently really into “Other People’s Problems,” a CBC podcast of therapy sessions that, unlike “Where Should We Begin?” or “Dear Therapists” follows patients over multiple sessions. Also on my recent binge list: “Dead Eyes,” which reminds me a little bit of “Mystery Show,” and is about the time the host, Connor Ratliff, got fired from the mini-series “Band of Brothers” because, he claims, Tom Hanks said he had “dead eyes.” I loved “The Dream,” an investigative podcast that tackles multilevel marketing companies in Season 1 and the wellness industry in Season 2. “Everything Is Alive” is interviews with inanimate objects, like a soda can who dreams someone will drink him one day, or a baseball hat who was once left on the subway. It’s really lovely. “Heavyweight” helps people reconcile unresolved beefs, like figuring out why they were kicked out of a sorority or why their favorite babysitter quit 20 years ago. “The Pitch” is just “Shark Tank” but a podcast. “Strong Songs” is a thoughtful and thorough analysis of different pop songs, with an emphasis on composition.

Don’t be stingy with podcasts. Sample as many as possible. You’re channel surfing; give an episode a few minutes and if you don’t like it, delete it and move on. If part of you is saying “shouldn’t I give it a real chance, though?,” the answer is: Nah. That’s fine in other circumstances but the goal here is to listen only to things you like, period. Pleasure is not a reward, it’s a necessity.

Once you’re out of your current emotional feedback cycle with TV, it’ll be a lot easier to remember what you liked about it. You can’t iron the clothes you’re wearing, you know? Get some distance, shake up the routine a bit, and then try the fun and juicy magical-grad-school drama “The Magicians” (Netflix).

Series’ availability on streaming platforms is subject to change, and varies by country. Send in your questions to [email protected] Questions are edited for length and clarity.