This weekend I have … a half-hour, and awkward is a virtue 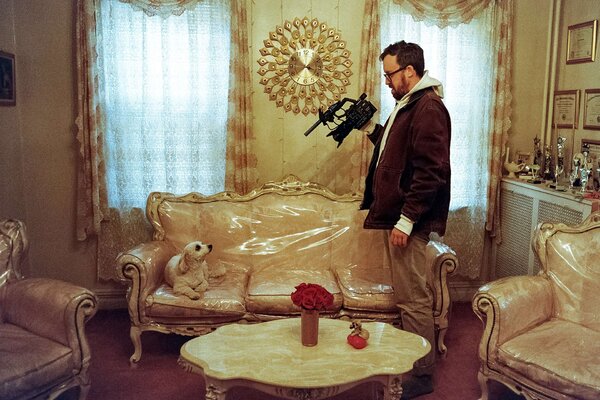 ‘How To with John Wilson’

John Wilson almost never actually appears on this show, but “How To” is entirely from his perspective, with omnipresent voice-over and footage that seems to be collected from constant autobiography, which only become discrete stories through video collage. There are six episodes of the show, and they vary tremendously; the series premiere, “How To Make Small Talk,” radiates so much anxiety I almost had a contact panic attack, but “How To Cover Your Furniture,” the fourth episode, stunned me with its loveliness and perceptiveness. If you like the podcast “Reply All” or if your favorite show is “Nathan For You,” watch this.

… an hour, and I want something energetic

This reboot of the beloved game show, hosted by Leslie Jones, captures the goofy franticness of the original but adds some new games and a bigger prize: $100,000. Even though it was filmed during the pandemic, the show feels like it comes from a cheerful alternate dimension, where grocery shopping was at worst a chore but at least occasionally a source of serendipitous pleasure. Fear not the hourlong run time; it’s really two episodes that air together, which means double the “those aren’t big-ticket items, you fools!”

… three hours, and I crave intensity

‘Death of a Salesman’

When to watch: Now, on the Goodman Theatre’s website or on Playbill.com, free

If you want to feel like a wind-whipped local-news meteorologist drowned out by the roar of a hurricane, but inside your heart, buckle in for this staging of Arthur Miller’s classic, which was filmed and broadcast in 2000 but has not aired since. Brian Dennehy stars as Willy Loman, but “stars” is maybe too gentle; he supernovas, as does Elizabeth Franz as Willy’s wife, Linda. “Salesman” is available only through Oct. 25, so make like a guy who walks into the jungle at 17 and seize the moment.