Harry Styles packed a stadium’s worth of energy into an intimate New York club Friday, treating lucky fans to a rollicking performance and delightfully candid interview.

The location of the show, hosted by SiriusXM and Pandora, was kept secret from both media and invited attendees until Friday morning. By late afternoon, however, a queue of fans snaked for blocks outside the 650-person capacity Music Hall of Williamsburg in Brooklyn.

Inside the venue, “The Morning Mash Up” hosts Ryan Sampson, Nicole Ryan and Stanley T did their best to liven up the crowd. But it was clear from the get-go fans were reserving their energy for Styles, and they greeted his arrival with screams and phone camera flashes. 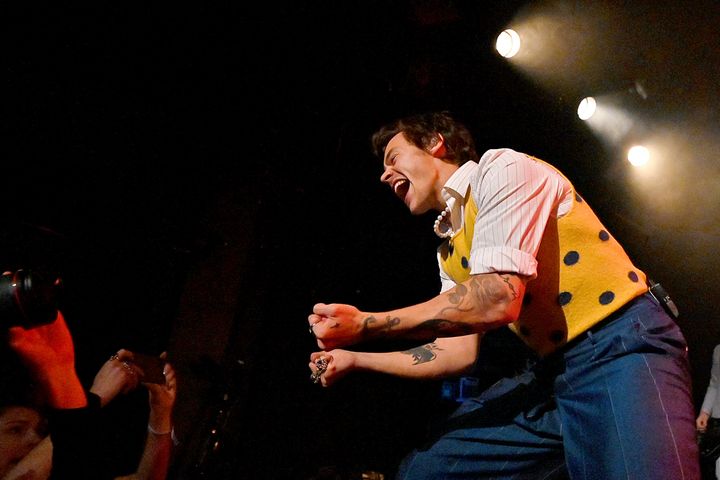 Wearing a yellow polka-dot vest, striped navy trousers and red platform shoes, the One Direction member-turned-solo-heartthrob was in a sunny mood, gushing about his recent performance with Lizzo and headline-making Wawa visit.

Lizzo and Styles have expressed their mutual admiration on numerous occasions, performing covers of each other’s hit songs. Last month, the pair took the stage together at a pre-Super Bowl event in Miami for a memorable rendition of Lizzo’s “Juice,” footage of which set social media aflame and currently has more than 3 million views on YouTube.

“She has this infectious positivity that I think is so important,” Styles said of Lizzo. After naming the diva’s “Good as Hell” as a pop song he wished he’d written, he added, “She’s so authentically herself. As a fan, I think that’s all you really want. Sometimes you’re gonna like it and sometimes you’re not.” 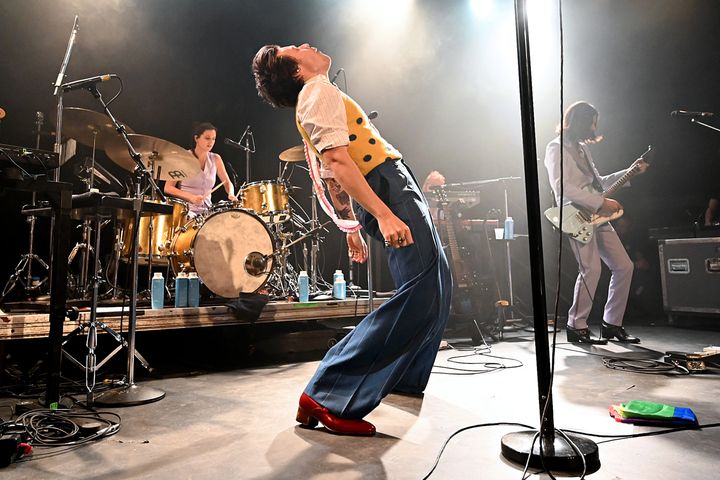 He also discussed his surprising affinity for Wawa, after having been spotted inside a Delaware franchise of the convenience store chain last week.

“I love a Wawa, they’re everywhere,” he quipped. “I was going to a Wawa recently, and we open the door and it’s playing [One Direction song] ‘Night Changes’ and six girls were in the back just singing and I was like, ‘I’m gonna wait in the car.’”

Elsewhere in the interview, Styles was asked what he’d see himself doing for a career in an alternate universe in which he wasn’t a pop superstar.

“Maybe like a physiotherapist,” he told the crowd. “Or florist. Have like, a little flower shop, a little coffee bar.”

Though Styles’ “Love on Tour” doesn’t kick off until April, he gave fans a hint of what to expect from his forthcoming concert dates with a five-song set culled mostly from “Fine Line.” 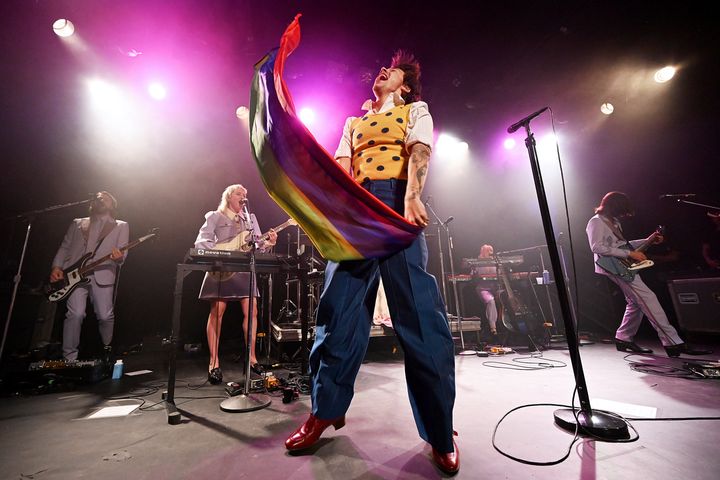 After kicking off the performance with “Lights Up,” he tore through “Adore You” and “Watermelon Sugar” with swagger and aplomb, pausing briefly to sing “Happy Birthday” to a 27-year-old friend in the venue’s balcony.

Noticeably absent from the set was “Falling,” the dreamlike video for which dropped Friday morning. Instead, he delved into his back catalog for a spirited take on One Direction’s “What Makes You Beautiful,” during which he waved a rainbow LGBTQ Pride flag.

He then finished the show with “Kiwi,” off his self-titled 2017 solo debut.

Styles’ Music Hall of Williamsburg appearance was his first at the Brooklyn venue. The club has also hosted the likes of the Lumineers and Phoenix, though it’s best known for its association with Elliott Smith, who played what would turn out to be his final New York shows there in 2003.

Listen to a snippet of Harry Styles’ SiriusXM and Pandora interview below.

Harry Styles’ “Secret Session” with SiriusXM and Pandora airs Saturday, Feb. 29, at 6 p.m. EST on SiriusXM Hits1, Channel 2 on satellite radios, and on the SiriusXM app.