Like looking in a mirror. Melissa Rycroft reflected on her confrontation with Jason Mesnick after Hannah Ann Sluss and Peter Weber had a similar split during the season 24 finale on Tuesday, March 10.

“After watching tonight’s Bachelor, someone DM’d me and told me I had to watch my old ATFR. Believe it or not,‘I’ve never seen the whole thing,” the 37-year-old season 13 Bachelor contestant wrote alongside a video from the 2009 After the Final Rose. “But man! It hit me! Made me sad for that little girl sitting on that stage. I almost don’t even remember her – it feels like a lifetime ago. But it was me…and it happened…and I absolutely moved on from it all.”

Melissa concluded, “To anyone out there going through this…it’s DOES get easier! I don’t even remember this girl….or her pain, even though I know I lived it. Keep smiling and moving forward…We all end up where we’re supposed to be…!” 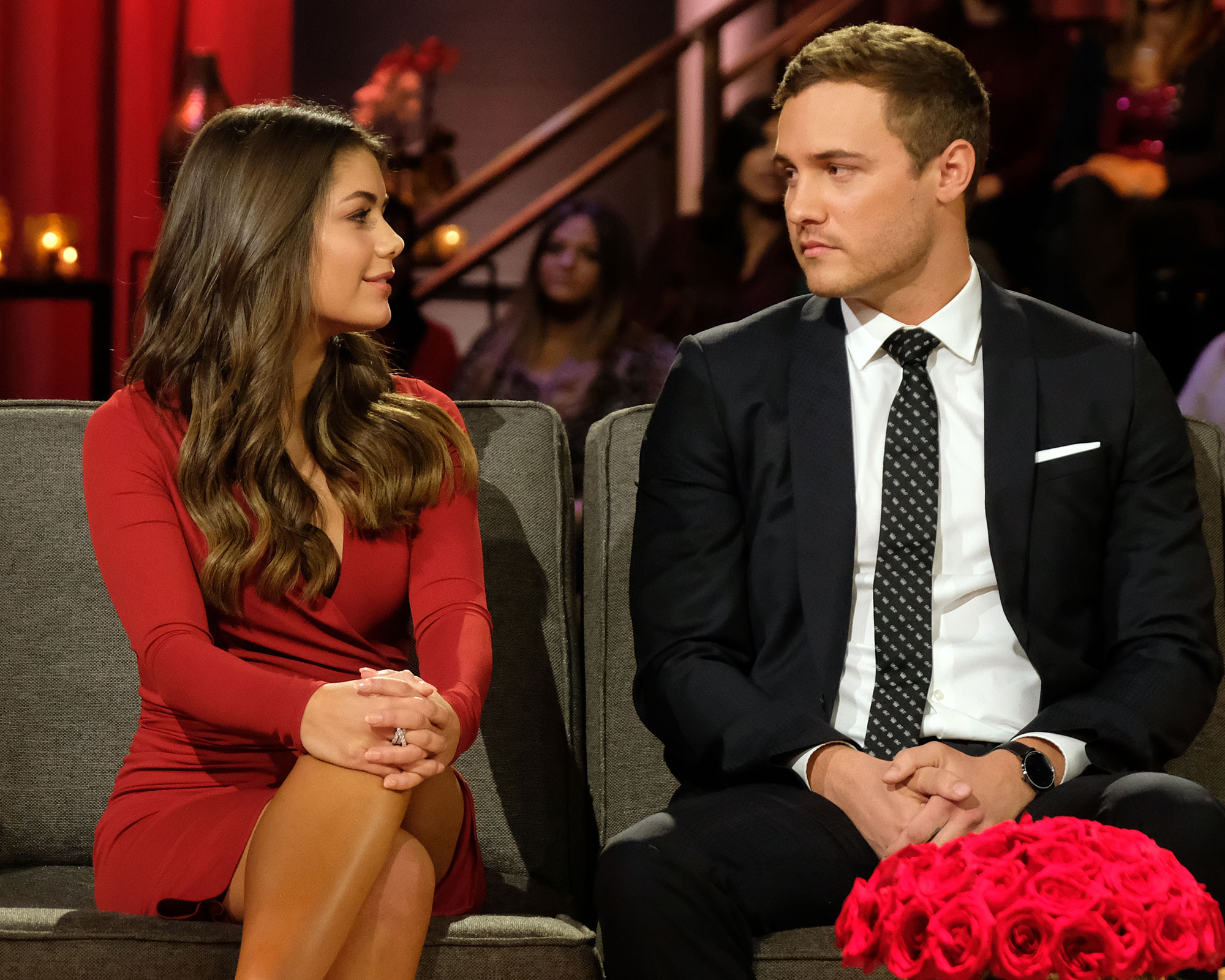 Fans may recall Jason breaking up with the former Dallas Cowboys cheerleader after proposing during the season 13 finale to pursue a relationship with Molly Mesnick (née Malaney). (Jason and Molly wed in February 2010.) Hannah Ann, 23, and Peter had a similar situation, with the 28-year-old pilot admitting he still had feelings for Madison Prewett during Tuesday’s episode.

“❤️❤️❤️❤️ My inspiration!!!” Hannah Ann wrote to Melissa via Instagram. “You are forever a role model.” 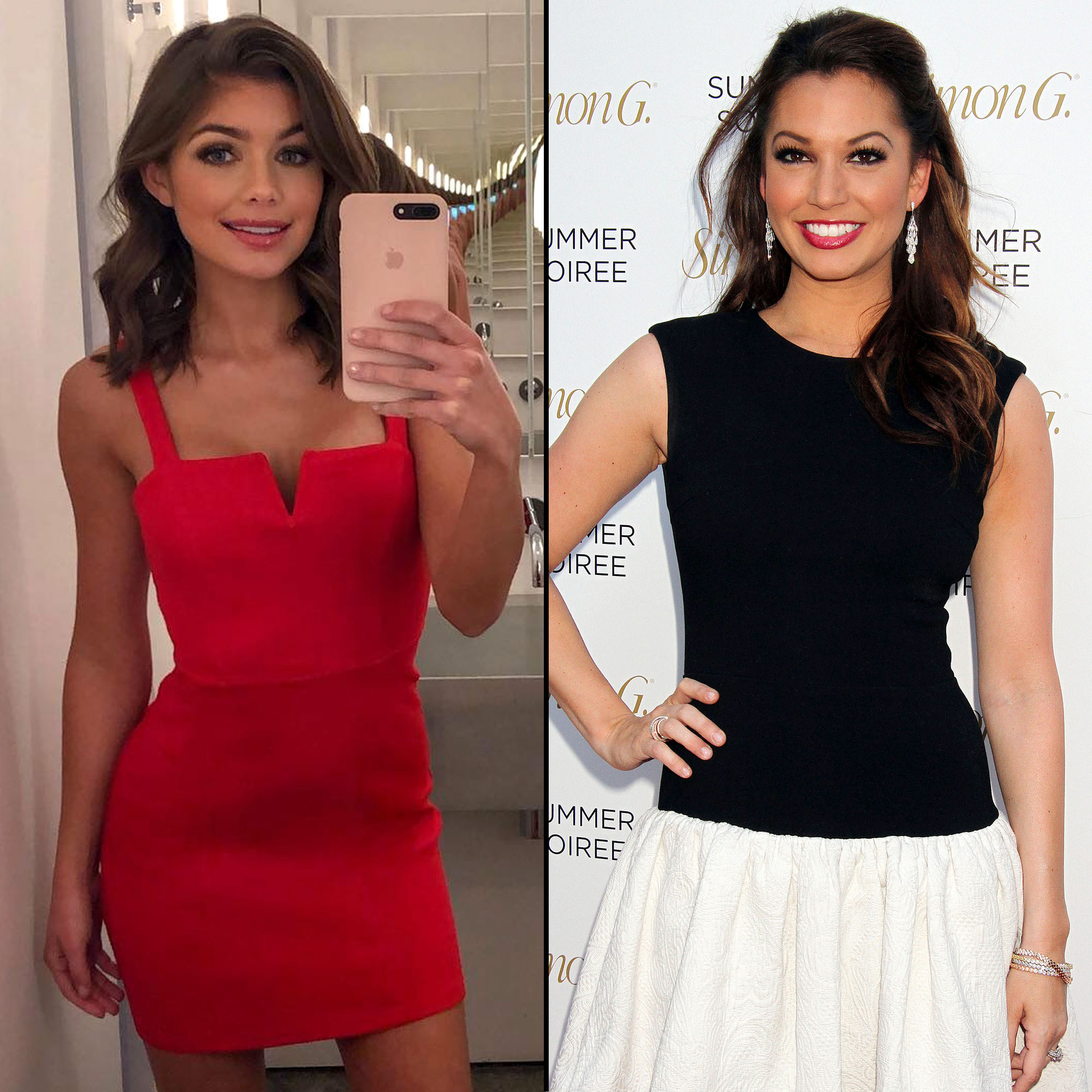 “You chose Melissa, but you don’t want to fight for Melissa,” she said in 2009, referring to herself in the third person. “To me, getting engaged and finding that person was a once in lifetime thing and you took that from me. You took it. I wish more than anything that last time you would have just let me go, instead of doing this to me. I’m so mad at you.”

On Tuesday night, Hannah Ann confronted Peter during their split, which was filmed at the end of January. “I said yes and I get this? Why didn’t you just let me go,” she said. “Instead of taking this away from me? … You took the most precious moment that I could ever imagine away from me. Because you selfishly just didn’t want me to walk away or to send me home.”

Season 13 of The Bachelor is currently streaming on Netflix. Back in January, Melissa opened up to Us Weekly exclusively about fans reaching out to her with clips from the series.

“I didn’t watch it the first time around. And now it’s been what, 11 years? I don’t really need to go back because it’s so far away,” she told Us. “However, of course, I’m getting sent screenshots, and memes, and stuff that people are now watching and finding. I had, like, the poof in my hair. I was wearing tank tops and scarves, it was a mess. There was no YouTube to show us how to contour, or do makeup. … I mean, it’s just an embarrassing time that was documented that people are getting to relive it again.”

After Jason’s season wrapped, Melissa reconnected with her ex Tye Strickland. The pair, who wed in December 2009, share three kids.