Reporting experience at a previous job told me that I should check out the Sturgis Motorcycle Rally this year. 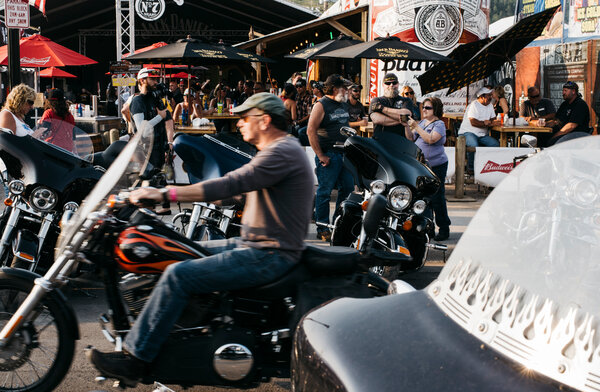 I began my professional journalism career as a night reporter in Sioux Falls, S.D., where I covered car crashes, murders, ice storms and tornadoes across a vast, rural state. I remember writing a lot of stories in towns with less than 50 residents.

Now, I work in the Washington bureau of The New York Times, where I coordinate Freedom of Information Act requests. The act gives Americans the right to request documents and data from any federal agency. It is often described as the law that keeps citizens in the know about their government. And it is an important source for investigative reporting.

But I still follow news from South Dakota, where Gov. Kristi Noem has made little of any coronavirus threat to her state, and refused to issue face-mask or stay-at-home orders. She joined President Trump at Mount Rushmore to celebrate the Fourth of July, an event that worried health officials.

I thought of Sturgis.

For 80 years, bikers have gathered at the Sturgis Motorcycle Rally, in western South Dakota. Although I had never attended a rally, I had seen — and heard — the motorcycles on the interstate. I had read stories about the races, entertainment and immense campground where thousands of bikers stay. More than one South Dakotan had shared a story of mischief.