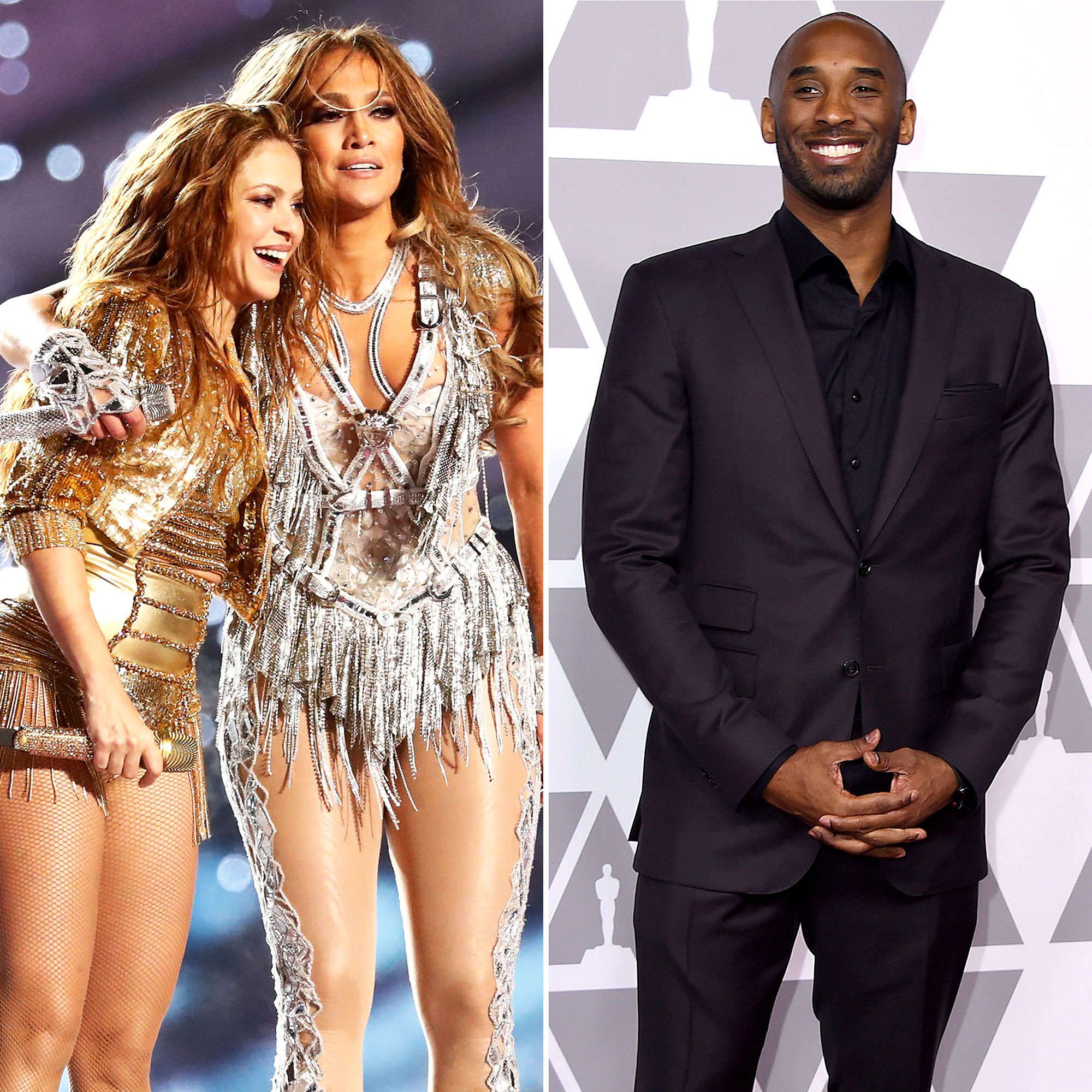 Stage fail? Jennifer Lopez and Shakira didn’t appear to pay tribute to the late Kobe Bryant during their Super Bowl LIV halftime performance on Sunday, February 2, and some fans were outraged.

The two Latin powerhouses took the stage during the 2020 Super Bowl to shake things up and get fans in Miami on their feet, but their energetic performance didn’t feature the tribute they had planned for Bryant, who was killed in a helicopter crash in L.A. a week prior.

“We’ll all be remembering Kobe on Sunday and celebrating life and diversity in this country,” Shakira said at a Super Bowl press conference on Thursday, January 30. “I’m sure he’d be very proud to see the message we are trying to convey on stage that day.”

After the performance, one Twitter user wrote, “Guess seeing @JLo on a pole is more important than a Kobe tribute. You suck #PepsiHalftime #KobeForever.”

Another Twitter user expressed their outrage, writing, “So Jennifer Lopez and Shakira used that they were doing a tribute to Kobe Bryant as an excuse to get their views up during the halftime show not only [but then] proceeded to do NO Kobe Bryant tribute like they said they would…but are we surprised?” 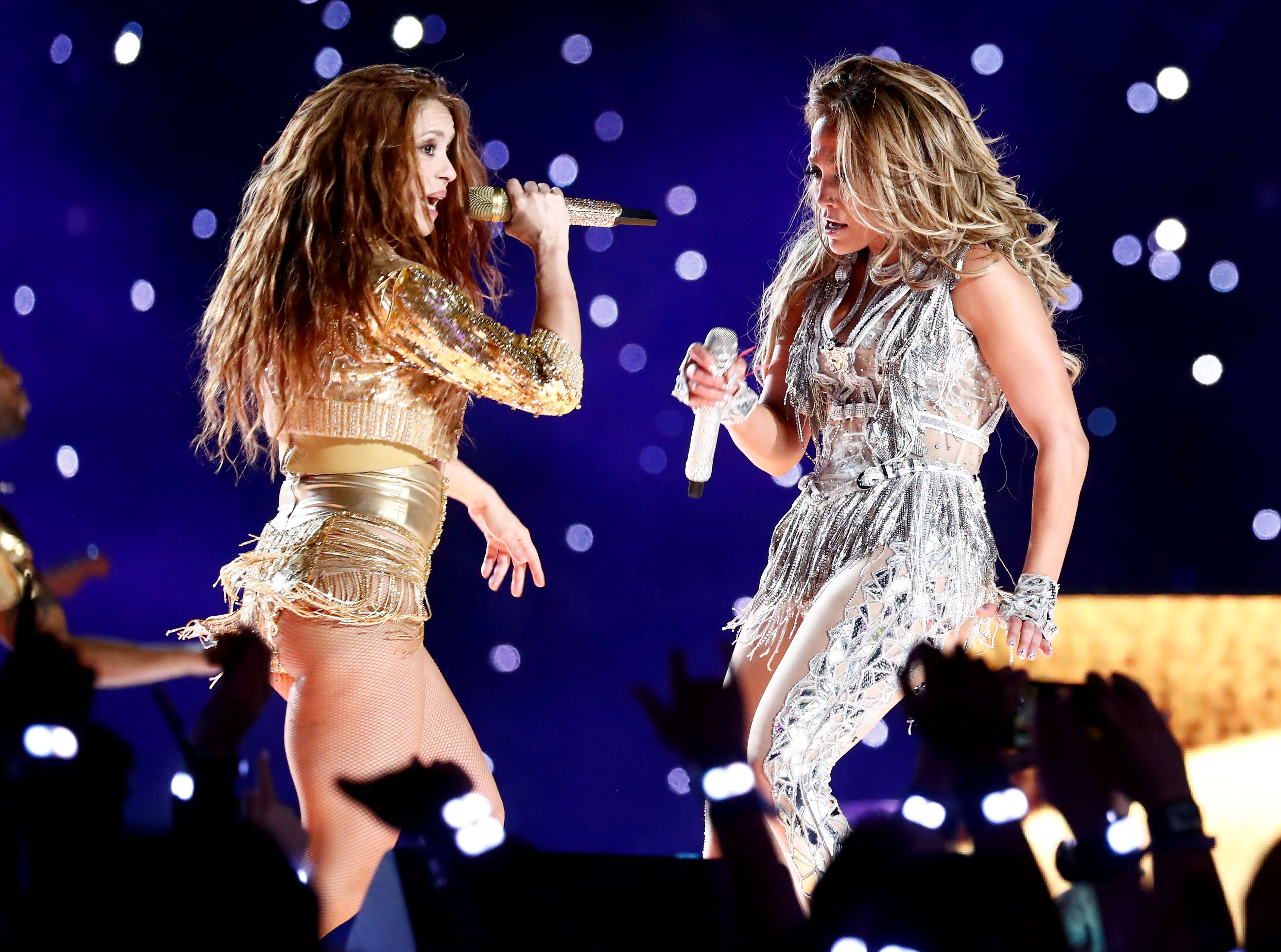 “Stop lying…where is my Kobe tribute?” another Twitter fan wrote.

Players and fans honored Bryant and the eight others who died in a moment of silence before the game started, with the teams lining up on the 24-yard line in tribute to the Lakers player, who wore a No. 24 jersey for a lot of his career.

Lopez and her fiancé, Alex Rodriguez, previously honored the late Lakers star via social media after news broke about his helicopter crash, which occurred on January 26 in Calabasas, California. The accident killed Bryant, his 13-year-old daughter, Gianna, and seven other people on board.

“I am sending all of my love and praying for you [Vanessa], your children and the other families involved in today’s tragic turn of events,” the Hustlers star wrote via Instagram at the time. “The most unfair thing in life is to lose a child and husband on the same day. Vanessa, I pray for your strength and that God guides you each step of the way through this unimaginable heartbreak. To the other families who are suffering from this unthinkable tragedy, may God be with you all.”

The “Jenny From the Block” singer added: “Kobe you meant so much to so many and we will miss you forever. Thank you for your work ethic, your inspiration and your heart. #hero #legend #husband #father 😢🙏🏼💔.”

Rodriquez, 44, also shared kind words about the legendary basketball player on January 26. “My heart hurts so much right now,” the former MLB star wrote. “I still can’t wrap my head around this. How can it be?”

He went on to talk about how much he learned from the late star, whom he met as a teenager, including his “impeccable” work ethic and his desire for “excellence.”

As Us Weekly previously reported, the two-time Olympic gold medalist, along with his daughter, Gianna, and seven others died when a helicopter they were traveling in crashed into the hillside in Calabasas, California. The group was headed to the Mamba Sports Academy in Thousand Oaks, California, from Orange County, California, when the crash occurred.

Bryant and his daughter Gianna are survived by the former athlete’s wife, Vanessa Bryant, and the couple’s other daughters, Natalia, 17, Bianka, 3, and Capri, 7 months.