As Denise Richards continued to deny allegations that she had an affair with Brandi Glanville on the Wednesday, August 5, episode of The Real Housewives of Beverly Hills, she dropped another bomb on her costars.

When Did Denise Richards and Brandi Glanville Allegedly Hook Up? A Timeline

“By the way, Brandi has said that she has sex with every single woman she’s come in contact with, including some of the people in this group,” the 49-year-old Wild Things star told Teddi Mellencamp, Kyle Richards, Lisa Rinna, Dorit Kemsley, Erika Jayne, Garcelle Beauvais and Sutton Stracke during a group dinner in Rome on Wednesday’s episode.

Kyle, 51, was quick to reply, ”Someone at this table right now?” 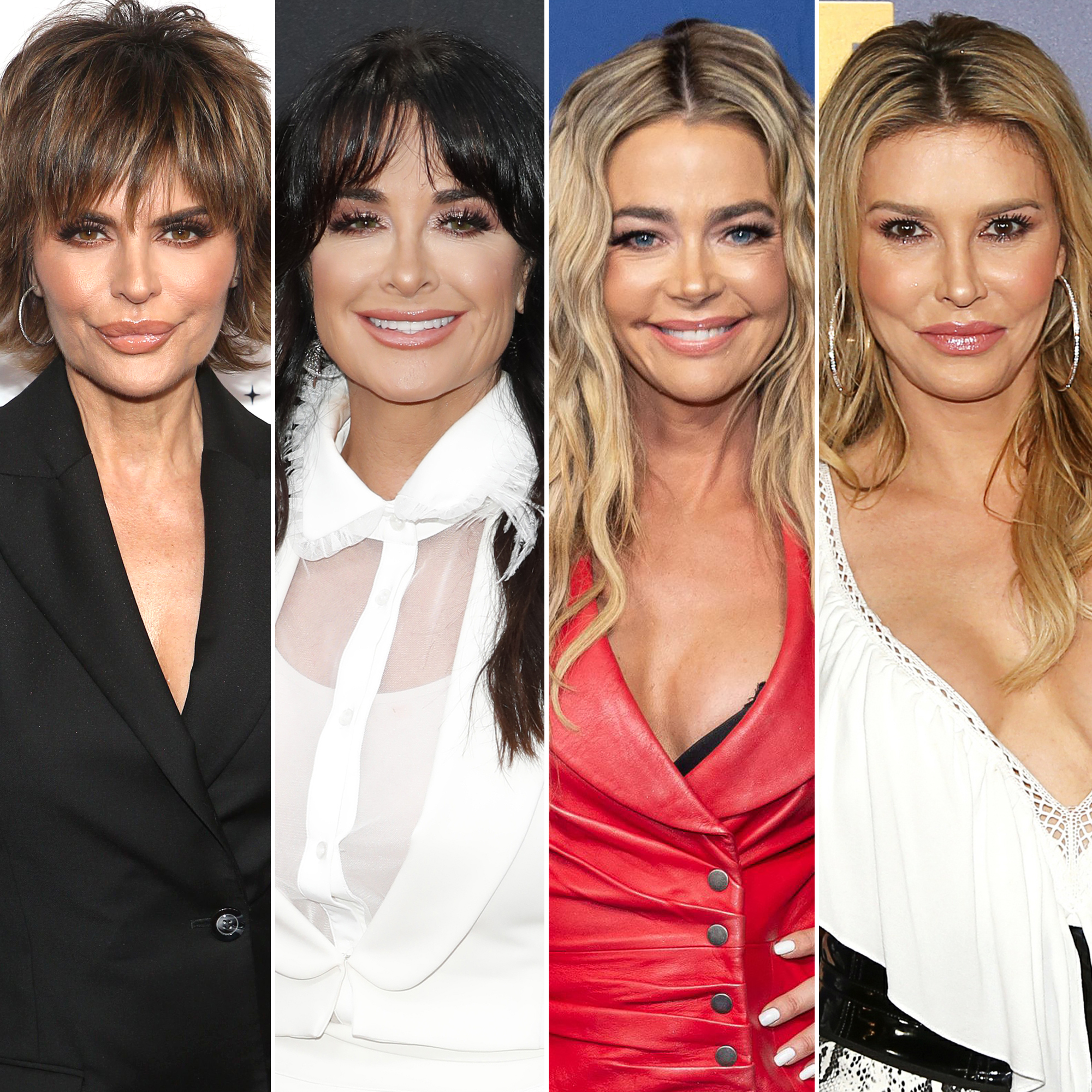 The RHOBH OG then concluded that Denise must be referring to her or Lisa, 57, as they are the only two cast members who know Brandi from when she was originally on the show from 2011 to 2015.

Former ‘Real Housewives of Beverly Hills’ Stars: Where Are They Now?

“If that is true, why didn’t she say that last night?” Kyle asked the Bravo cameras, referring to the previous dinner in which the allegations that Denise slept with Brandi first came to light.

During the dinner, the former American Woman producer told Denise she was skeptical of her claims.

“I don’t believe she said that,” Kyle said.

After denying that she’s ever had sex with a woman, Lisa added, “I think it’s a little bit interesting that you’re saying that right now. … I don’t think Brandi Glanville has ever said she’s had sex with me. … So don’t say, don’t even put that out there.”

In her confessional, the Melrose Place alum accused Denise of trying to “deflect.”

While Brandi, 47, wasn’t on the cast trip to Rome, a source insists to Us Weekly that she did not allege that she slept with anyone on the cast besides Denise, who has denied the accusations from the start.

Teddi, 39, also accused Denise of not having her story straight during the episode.

“The problem is the night before [Denise] said she never talked to Brandi,” Teddi said in her confessional. “So which one is it, Denise? You barely know Brandi or you know her and you heard that somebody else is feeding her with all of this information?”

The Real Housewives of Beverly Hills airs on Bravo Wednesdays at 9 p.m. ET.