HAVANA (Reuters) – Cuban artists and international rights activists are pushing the government to revise legislation due to take effect in December that they fear will hamper creativity and increase censorship on the Communist-run island. 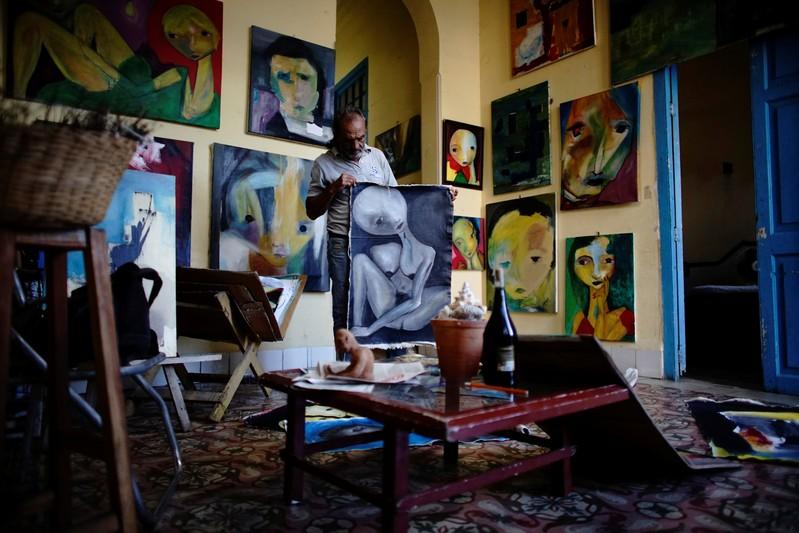 The decree, published in July, bars artists, be they musicians or painters, from “providing their services” in any space open to the public, including private venues, without prior government approval.

It updates a decree redacted before the market reforms launched in 2010 by former President Raul Castro, which required them only to get approval to operate in state-run spaces.

Since then, the government had tolerated artists independently presenting their work in private venues, as part of a broader Cuban economic, social and political opening.

Cuban artists’ greater autonomy, thanks also to increased access to the internet and freedom to travel, led to a blossoming of cultural activity. Independent recording studios and art galleries have burgeoned.

But that autonomy has made it harder for the one-party state to ensure artists are paying taxes – many do not – and to police the cultural sector, which it has promoted heavily since the 1959 revolution.

Some independent artists are worried they will not be able to get state approval due to bureaucratic hurdles and that the decree will cost them their livelihood.

“I never thought of emigrating before but now I am,” said Luis Puerta, who has been sustaining his family of four by privately selling his stylized paintings of jazz musicians.

Others are convinced the decree is destined to silence them.

“This is a measure of repression because you won’t get government approval if you are not within the socialist ideology,” said performance artist, sculptor and self-described “artivist” Luis Manuel Otero Alcantara.

In a country that frowns on public dissent, Otero Alcantara has led a rare campaign against the measure, known as Decree 349, by dozens of artists working outside state institutions.

Together they have flooded social media with slogans like “Law that converts art into a crime,” hosted musical and other artistic performances in protest at the decree and sent letters to authorities.

Amnesty International has backed their campaign, saying Decree 349 – one of the first to be signed by President Miguel Diaz-Canel after he took office in April – is a “dystopian prospect” for Cuba’s artists.

The European Union also raised concerns in talks with Cuba on human rights in Havana this month.

The Cuban government did not respond to a request for comment. Commentators for state-run media have said Decree 349 aims to prevent tax evasion and the spread of a pseudo-culture of bad taste or that aims to “incite public disorder.”

There are signs the artists are making themselves heard. According to the Communist Party newspaper Granma, the culture minister said this month that the decree “would be revised (with the artists) with regard to the redaction of norms and contraventions.”

Not as many well-established artists working with state institutions have come out openly against Decree 349.

Yet the measure affects them too, as it establishes sanctions for any artist whose work misuses national symbols or includes certain content such as violence and sexist or vulgar language.

The decree outlines punitive actions, such as confiscation of goods and fines, to be taken against those who sell books with “content against ethical and cultural values.”

Some Cubans say they agree with restoring traditional values and believe the decree will, for example, curtail the proliferation of reggaeton videos reducing women to sex objects.

However, Amnesty International has warned that the vague wording of the decree could allow it to be used broadly to crack down on dissent.

“It would be a painful return to a gray, anti-cultural past of censorship,” said Marco Castillo, an artist who was part of the critically acclaimed collective Los Carpinteros (The Carpenters) until it disbanded this summer. 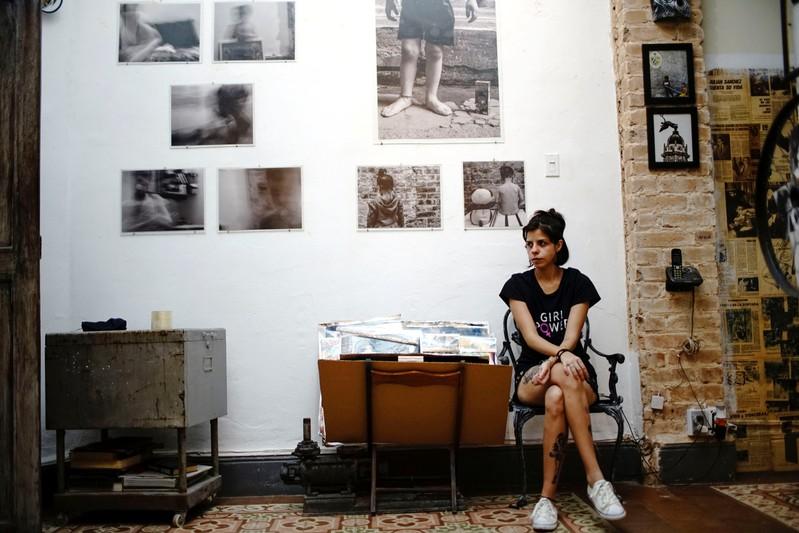 Castillo was referring to the “gray five years” of Stalinization of culture in the early 1970s, when Havana persecuted artists for a supposed lack of commitment to the Revolution – a move for which it later apologized.

Havana theater group El Ciervo Encantado has posted a video on social media parodying the prospect of a new class of inspectors tasked with ensuring artists stick to the rules.

“Is this a work of art?,” asks self-important bureaucrat “Comrade Chela,” brandishing a magnifying glass at a work of graffiti in the video. “Or is this simply a maltreatment of social property?” she asks, raising her eyebrows and pursing her lips.