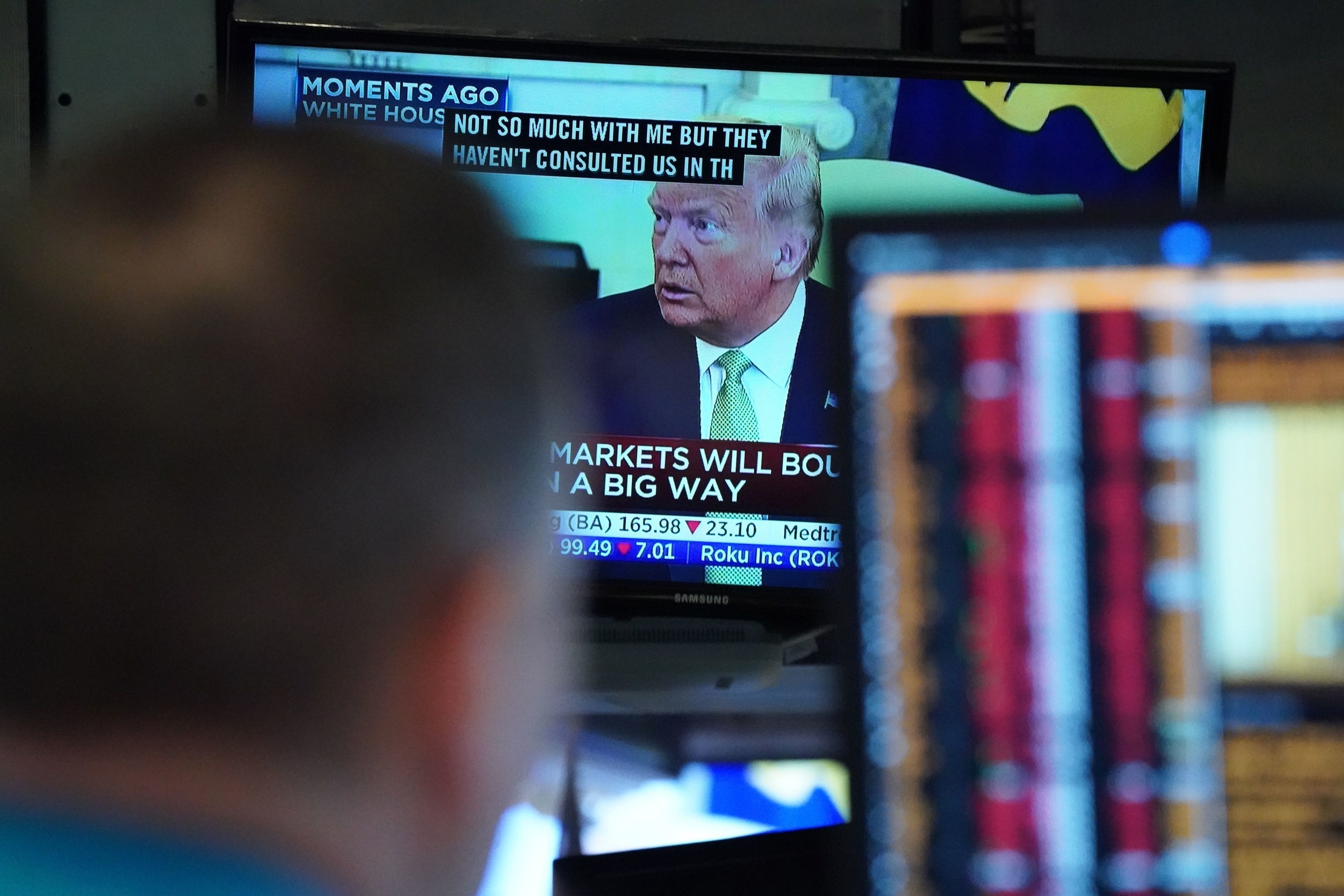 Nobody knows what to do. Is it ethical to go for a walk? Maybe? To the movies? Probably not. How about to dinner with a friend? Likely not a great idea, but also small restaurants, and the people who work there, are suffering. What is the right thing to do?

Every decision in the time of COVID-19 has taken on extraordinary weight. It’s up to us to stop this thing, we feel in our guts. We know the tests just aren’t being done, the health system not up to the task. We look to a country on total lockdown and another digging mass graves and ask: Is this our future?

This is the nightmare situation some feared when Donald Trump first came to power. His favorability ratings have been about what you’d think — high among Republicans, low among Democrats. But look at how many people view him as “honest and trustworthy” and you get a better picture. One hundred days after he took office, he was viewed as such by only 36% of the public, “the lowest number ever recorded this early in a presidency,” as my colleague Dan Vergano reported at the time. That number stayed about flat at 34% by summer of last year.

How do you live when you don’t trust your leader to do the right thing?

We’ve seen mistakes before and disagreed with policies enacted by previous leaders. Gay men probably know better than anyone what it’s like to live with a government that refuses to adequately confront a deadly epidemic, one that can wipe out millions of people.

To live amid a crisis without the basic assumption that your government is competent enough to handle it is a recipe for total anxiety. Night after night, the president’s favorite acolytes on Fox News trot out a series of platitudes, as well as bleary-eyed senators and experts, to try to calm people down. Sean Hannity, an informal Trump adviser, repeatedly insists that only elderly and immunocompromised people will die — as if those people aren’t sitting there, at home, watching him. “We’re not all gonna die,” Laura Ingraham said Wednesday night, as if this was meant to make people feel better. Later, a guest on her show assured those watching that only a fraction of the infected would face “mortality issues,” which is a new way of talking about death.

Millions of people around the world live this way, and have for decades, and it is unsettling to see this blanket of horror descend upon the United States.

I was living in Moscow in 2002 when a group of Chechen militants took a crowded theater hostage in the middle of a musical. The siege went on for days, and in the end 129 people were dead (though some continue to insist the number was even higher). Nearly all of them were killed not by the hostage-takers, but by a gas the Russian government pumped in through the vents to incapacitate the militants so they could storm the theater. The government told no one — not police, not doctors — what the gas was, so there was no way to treat people when they were pulled out. Many of those who died had been loaded onto buses, seated with their heads slung back, and choked on their own vomit.

I was two years out of college then, a freelancer trying to make her way in the world, and have an image of myself absolutely frozen at the thought of what had just happened. I’m standing wide-eyed in my living room, my hands covering my mouth, trying to understand what it means for a government to sacrifice dozens upon dozens of its people in a bid to look tough and decisive. It could have been so different — why didn’t they do the bare minimum to ensure those people lived? Because they were fodder, a sacrifice for a bigger priority.

The Trump administration squandered weeks when they could have been preparing for COVID-19 by projecting denialism instead. There they were, blaming China, hoping for warm weather, patting themselves on the back when they could have been getting tests out and laying the groundwork for a health system under strain. It seems like Trump only woke up to the crisis once the stock market began to crash, and spent the days after that focusing on the economic impact instead of informing an increasingly worried population.

Now he is calling for unity and trust. Trump’s address to the nation — which contained numerous inaccuracies — was designed to project calm and resolve, according to aides. Some of his supporters see the subsequent outcry as further evidence of a grand plan to bring the president down. What they don’t see is that everyone is screaming into the void, begging for guidance, but how are they supposed to trust a man for whom they know they are not the top priority?

“Epidemics do not create abnormal situations but rather sharpen existing behavior which ‘betray deeply rooted and continuing social imbalances,’” Roderick McGrew wrote in the last century, in a paper studying a cholera epidemic in Russia. This pandemic is bringing everything into sharp focus — from class structures to the chaos of US health care. It is forcing us to reckon with the US’s role in the world, and our own image of ourselves. And it is revealing the president for who he truly is, what he is capable of, and where his priorities lie, more than ever before.

That McGrew quote was cited in another paper, on a bubonic plague outbreak in South Africa in the early years of the previous century. It begins with a quote from Benjamin Disraeli, the 19th century–era UK prime minister, speaking in 1875: “The public health is the foundation on which repose the happiness of the people and the power of a country. The care of the public health is the first duty of a statesman.” No wonder everyone feels at a complete loss.

More on the coronavirus