Welcome to Best of Late Night, a rundown of the previous night’s highlights that lets you sleep — and lets us get paid to watch comedy. If you’re interested in hearing from The Times regularly about great TV, sign up for our Watching newsletter and get recommendations straight to your inbox.

Stephen Colbert expressed sympathy for the victims of the wildfires sweeping California — then slammed the less sympathetic response President Trump issued over the weekend. On Twitter, Trump blamed poor “forest management” for the fires and threatened to withhold federal funds for disaster relief.

There is no reason for these massive, deadly and costly forest fires in California except that forest management is so poor. Billions of dollars are given each year, with so many lives lost, all because of gross mismanagement of the forests. Remedy now, or no more Fed payments!

“I’d hate to be choking with only Trump there to save me. ‘Are you choking? There’s no reason for this massive loss of oxygen, except your chewing management was so poor. Remedy now, or no Heimlich!’” — STEPHEN COLBERT

“Donald Trump is a well-known stickler for fire safety, because with all the hair spray he’s easily the most flammable president in U.S. history.” — STEPHEN COLBERT

Trevor Noah is watching the election results in Florida closely. Both the senator’s and governor’s races there remain too close to call, with a recount underway and uncounted ballots still surfacing. Some Republicans have accused Democrats of election fraud, though no evidence of that has been provided.

Noah poked fun at Andrew Gillum, the Democratic candidate for governor, for first conceding the election and then changing his mind.

“Because more votes are coming in, Andrew Gillum has done the right thing, but you have to admit — un-conceding is a pretty strange idea. It’s almost like if someone taps out at an M.M.A. fight and then three weeks later just pops out of the parking lot, like, ‘I un-concede!’ If anything, Gillum has inspired me. I would like to un-break up with my high school girlfriend. I still think about you, Sandra. Andrew Gillum says we can make it work.” — TREVOR NOAH

Noah then pivoted to discussing Trump’s recent trip to France, where world leaders on Sunday commemorated the 100th anniversary of the end of World War I. The president canceled a visit to an American military cemetery there because of the rain, though the weather didn’t stop other world leaders from making similar cemetery visits.

“Surely the president could have found another way to get there. I mean, all the other world leaders did, even Merkel. Even Angela Merkel made it, and her side lost World War I. She had to be out in the rain like, ‘We have come here to honor those fallen soldiers who beat the scheisse out of my country.’ And it was especially bad because when Trump didn’t show up, Merkel used the opportunity to refight World War I: ‘I un-concede! I un-concede!’” — TREVOR NOAH

“It turns out, though, the whole thing was a big misunderstanding. When someone told Trump, ‘It’s Stormy outside,’ he said, ‘I already paid her. What more does she want?’” — JIMMY FALLON

Stephen Colbert bid adieu to Stan Lee, the creator of Marvel Comics, who died on Monday at 95. Colbert proudly declared himself a Marvel fan, and pointed out that the “Late Show” set features Captain America’s shield.

“Thanks for all the stories, Stan — and I know you’re hearing this a lot today, but, excelsior,” Colbert said.

“Following the midterm elections, Republicans will hold leadership elections this Wednesday, and current House Majority Leader Kevin McCarthy is expected to become House minority leader. It’s tough to find someone to fill the job, because no one in the Republican Party wants to have the word ‘minority’ in their title.” — SETH MEYERS

“I heard that during his trip, a topless female protester ran in front of Trump’s motorcade. One Secret Service agent tackled her so she couldn’t get to Trump, while another tackled Trump so he couldn’t get to her.” — JIMMY FALLON

It might seem hard to believe (especially after you watch this), but Trumpy Bear is a real thing.

What We’re Excited About on Tuesday Night

Dick Cavett, a late-night TV luminary, will sit down with Seth Meyers on Tuesday. 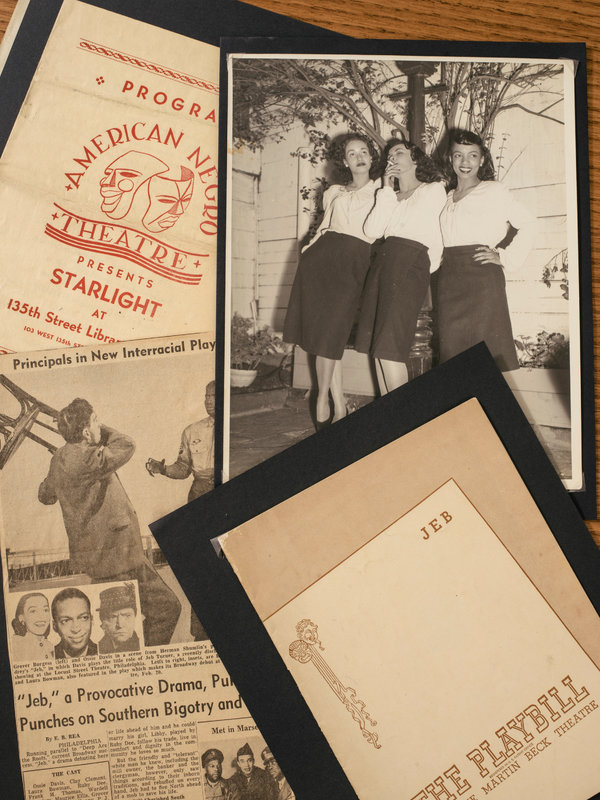 The actors and activists Ruby Dee and Ossie Davis were a prominent husband-and-wife pair on Broadway, in Hollywood and in the civil rights movement, where they bridged divides between divergent factions. Now their collected papers have arrived at the Schomburg Center in Harlem. Here’s a glance at the materials.

Plus, Ideas for What to Watch Tonight: