George Balanchine was on a roll from 1948, when New York City Ballet was founded as a resident company of New York City Center, to 1964, when the troupe moved to its home at Lincoln Center. Balanchine knocked out great ballets by the dozen. But more extraordinary than quantity was the consistent level of imagination and innovation, outrageously high; and the variety, unbelievably wide.

For City Center, justly proud of that period and wishing to celebrate it with a festival, this range and plenitude was both an embarrassment of riches and a problem. Could “Balanchine: The City Center Years,” a six-program retrospective, get even close to suggesting its dimensions? And if it summoned what was distinct about that storied time, could it also offer something that New York dancegoers can’t get regularly at Lincoln Center? 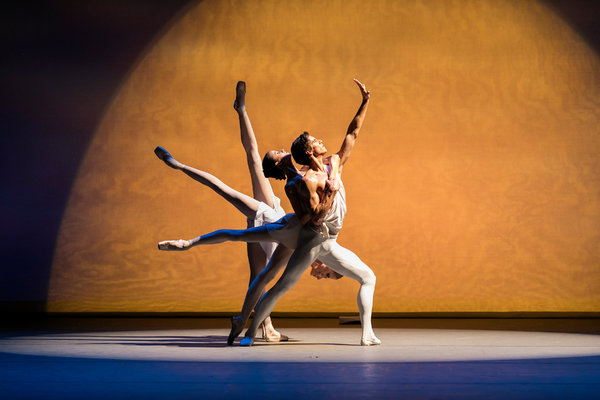 [Read our review of the opening night program.]

I understand that mounting two-act ballets, like the sublime “Liebeslieder Walzer” (1960), was probably as much of a fantasy scenario as a reconstruction of one of the mourned lost works (“Opus 34,” “The Figure in the Carpet”). But where was, say, “Orpheus”?

Like about half the pieces at the festival, “Orpheus” was created before the City Center years — a few months before. Along with “Symphony in C” (1947) and “Concerto Barocco” (1941), it was on the debut program in 1948. It was also a box-office hit, one of the biggest draws before “The Nutcracker” in 1954.

But in recent City Ballet revivals, “Orpheus” — with its slow, sustained gestural drama — has seemed lost to time, speaking in a dead language. To put it on a festival program, you would have to rediscover that language or just let the ballet sit there as a sad reminder of what can’t be revived. Either option would entail aesthetic risk-taking, and that’s what this festival avoided.

Instead, we largely got the tried and true, and fancy guests who weren’t always worth the airfare. The Mariinsky Ballet, the Russian institution that trained Balanchine, brought “Apollo” (1928), his oldest extant work. The British-born Xander Parish played the young god as callow, a defensible interpretation undermined by Mr. Parish’s absurdly broad acting. The three muses, sealed off in their pretty posing and affectations, didn’t register his ridiculousness, making the ballet seem shallower than it is.

Why fly in this misguided performance? And why accept this late-version, truncated “Apollo,” rather the full version of the City Center years with the god’s birth and ascent up Mount Parnassus’s steps? From the evidence of this festival, you might assume that those years had no sets and almost no stories. It’s true that Balanchine, fully in charge after decades as a freelancer (yet faced with tight budgets), stripped things down to focus on what mattered most to him: music and dance design. But even in this respect, the “menu-planner,” as this master entertainer called himself, always offered a broader range of tastes than this festival suggested.

The painted backdrop for “Scotch Symphony” came closest to being a set. Though it evokes the seminal Romantic story ballet “La Sylphide,” “Scotch Symphony” (1952) isn’t an ideal exemplar of Balanchine’s narrative gifts. In this festival, its Scottish-colored classicism had to stand in for the Americana-colored classicism of the passed-over (and more important) “Western Symphony” (1954), “Square Dance” (1957) and “Stars and Stripes” (1958). Danced by San Francisco Ballet with soft grace, it was the one work that felt nostalgic, pleasantly so, as quaint as someone might imagine the 1950s to have been.

But Balanchine in the ’50s was the opposite of quaint. He was out-moderning modern dance, most famously in “Agon,” a 1957 thunderclap represented here by its genre-founding pas de deux. Sae-Eun Park and Hugo Marchand of the Paris Opera Ballet showed how the high-tension extremes of this duet, now commonplaces of the global ballet tradition, haven’t lost the power to shock. Yet for a “City Center Years” festival to present “Agon,” the most consequential work of the period, only in excerpt — that’s a self-defeating surprise, a curveball decision of the wrong kind.

For modernism at full length, there was only “The Four Temperaments” (1946) — not “Ivesiana” (1954), not “Episodes” (1959). It’s another masterpiece, perhaps the best one for demonstrating Balanchine’s structural genius to a newcomer: Truly, you can’t miss it. The Joffrey Ballet kept that structure firm. And if you had to discern the work’s terrific wit for yourself, that’s O.K. What I longed for, again, was a freshening for the Balanchine faithful — maybe, for one performance, a reconstruction of the notoriously outré original costumes?

I’m dreaming, I know. The rarest item here was probably the 1955 “Pas de Trois,” to Glinka music, which three members of Miami City Ballet danced with the same unaffected charm that the company brought to “Serenade” (1934). “Pas de Trois,” a little classical gem, is a facet of the City Center years, but the choice of it as the special item added more tutus to a compilation already overburdened by tulle. Not so bold.

Not bad, either, though. Writing about “Apollo,” Balanchine described his discovery of family relations among steps; it’s true among his works, too. This selection of 13 was dense enough — probably any selection of 13 would be — with juxtapositions and correspondences to set your mind on fire.

There were some lessons in menu planning. Of the two casts for the show-off piece “Tschaikovsky Pas de Deux,” I preferred the relaxed daring of the Royal Ballet’s Anna Rose O’Sullivan and Marcelino Sambé to the polished posturing of the Mariinsky pair. Yet the more striking contrast was between those Royal dancers in that and in “Tarantella”: how the “Tschaikovsky” choreography channeled their cuteness into a richer variety of attack. And the frenzy it sparked in the audience gave the more substantial work that followed it a running start. That’s part of the purpose of a piece like that.

Music does matter, and the New York City Ballet Orchestra played everything wonderfully, Mozart in particular. When “Symphonie Concertante” (1945), to Mozart, is danced as well as American Ballet Theater danced it, you can recognize its excellence and also why it’s not top-shelf. The clean, classical way that San Francisco Ballet captured the bubbling Mozartean grace of the 1956 “Divertimento No. 15” (which is top-shelf) was a welcome challenge to an eye accustomed to City Ballet’s more headlong drive.

Seeing City Ballet itself on the smaller, closer City Center stage was the greatest revelation. The company’s “Symphony in C” filled that stage to bursting, but their “Barocco” looked magnified on it, the choreography’s miracle matchings of music and dance clearer than ever. I watched the whole festival with the longing of a Balanchine admirer born too late for the City Center years, but when the syncopations were bouncing to Bach, I wasn’t thinking of history. I was dancing in my seat.