These young actors and actresses are among 19 of the most promising future stars of film, games and television, as officially announced by BAFTA on its Breakthrough Brits list for 2018.

Every year since 2013, the British Academy Of Film and Television Arts has been shouting about the UK’s rising talent and offering support as honourees progress through their careers – with mentors to the class of 2017 including Tilda Swinton, Brad Pitt and Olivia Colman.

So for an up-and-coming actor, director, comedian, presenter, producer or gamer, making the list is a pretty big deal.

Sky News meets the four actors and actresses BAFTA says we should be paying attention to. 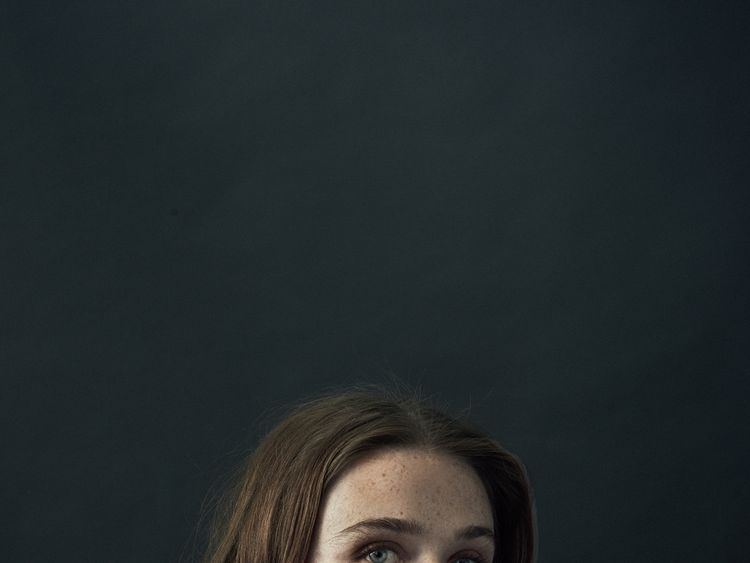 You may already know her as the rebellious Alyssa in the BAFTA-nominated C4 TV series The End of the F***ing World, Barden’s biggest role to date.

The 26-year-old, who grew up in West Yorkshire and now lives in London, left school when she was 15 but already had her career on stage and screen in sight after landing her first first major role in Coronation Street, a year earlier. Two years later, she appeared in the Royal Court Theatre production of Jerusalem alongside Mark Rylance and Mackenzie Crook.

As something of an industry veteran, she told Sky News she is “really excited” and grateful to be on BAFTA’s radar.

“I’ve been around for a really long time so if people still actually care about me then that’s really great as well… I’ve been an actress since I was 12. I’m 26… I just look like a baby. That’s a long time. If people still think that I’m breaking through then I’m going to do it til it’s broken.”

On diversity in TV and film, she says…

“I feel a lot more open to being opinionated about things. I mean, I never really had a problem with being opinionated before but I feel like people, more than one person will actually listen now. The industry is not afraid to have a conversation about casting something different or… not everything is a period drama anymore.

“It shouldn’t even be about taking risks or pushing something.

“I feel like the industry is actually seriously starting to consider the fact that in this industry we do have an example to represent things and be at the forefront of changing people’s opinions on stuff and representing things and people that don’t have voices.

“That’s important… it cannot happen if your’re continuously making the same stuff with the same people in it.” 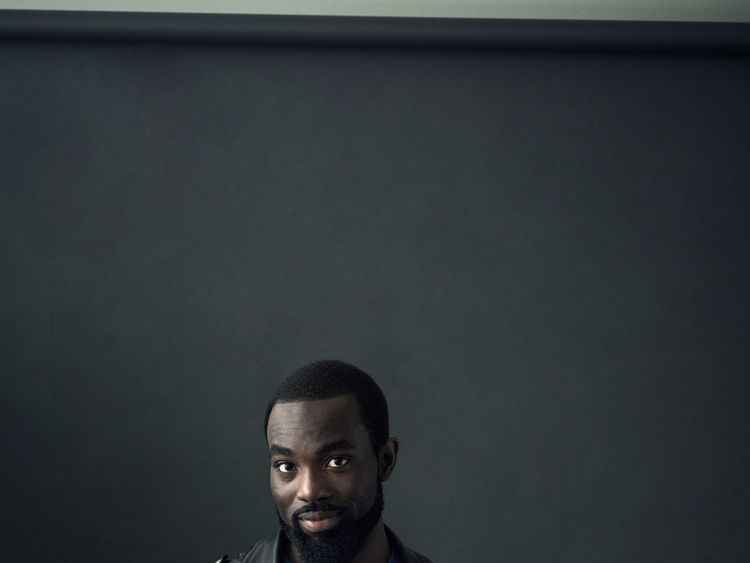 Life could have been very different for Paapa Essiedu. The 28-year-old, who grew up in Walthamstow, turned down a place to study medicine at University College London to train as an actor at the Guildhall School Of Music And Drama.

It seems to have worked out.

After graduating, he took on classical roles at the National Theatre, starring in Sam Mendes’ production of King Lear, and the Royal Shakespeare Company, where he played Hamlet in a predominantly black production.

On screen, you may have seen him as Otto in BBC’s The Miniaturist, Nate in Channel 4 drama Kiri opposite Sarah Lancashire, and Ed in BBC series Press. Plus, he also featured in Kenneth Branagh’s major film adaptation of Murder on the Orient Express.

“I remember watching the BAFTAs when I was like nine and thinking it was like Disneyland, something that was a million miles away. So to even be associated with an organisation like that is amazing,” he told Sky News.

On representation on screen, he says…

“When you talk about representation you only need to walk out into the street today to think, is that what we see on our screens? Considering those are the people who are watching TV, they want to be recognised, people want to be represented, they want to be validated by what they see.

“No one really wants to see something that’s not your everyday or not something you can relate… I think that as artists on screen, in stage, on radio, everywhere, we have a responsibility to recognise those people that are consuming our art.” 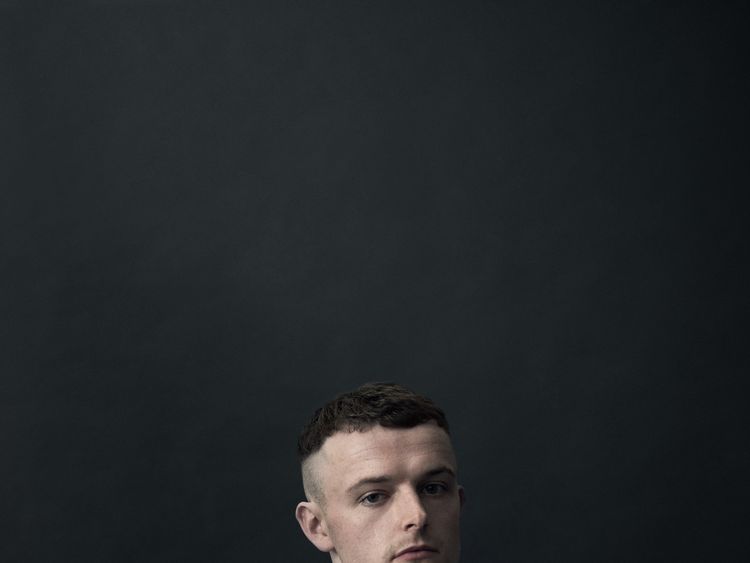 Just before moving to London from Cork to take a place at RADA, Chris was cast as Jock in the Irish comedy film, The Young Offenders. Earlier this year, he took up the role of Davey in The Lieutenant Of Inishmore opposite Aiden Turner in the West End.

A new graduate, the 23-year-old told Sky News it is an “honour” to be chosen as a Breakthrough Brit.

On breaking into acting, he says…

“It can be a scary daunting industry to go into and to have the opportunity so young to have this network of support around you and to have been chosen is an honour.

“I’m very proud to be Irish and part of it as well because Ireland is my home but over here has been my home for a few years, so it’s a massive honour and I’m looking forward to the next year.” 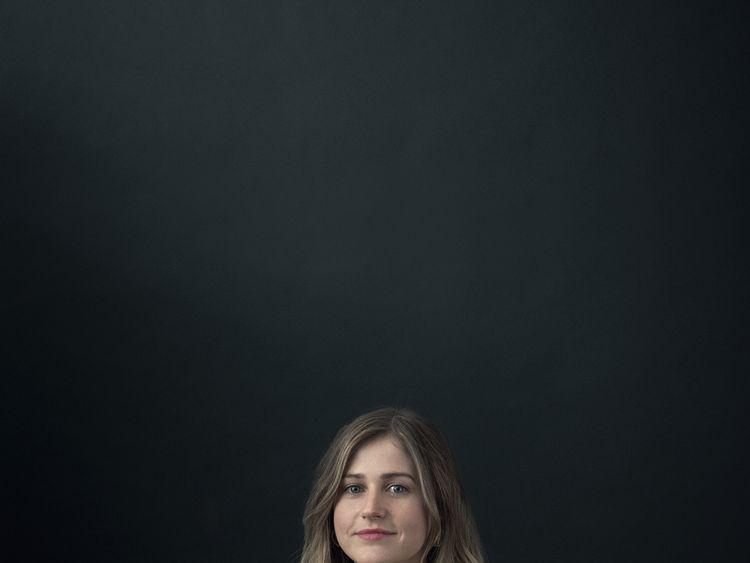 Ria Zmitrowicz may not have got into drama school, but it hasn’t harmed her career.

Supported by the National Youth Theatre when she was younger, she secured an agent after appearing at the Edinburgh Festival. From there, she was cast as Miss Ellis in ITV drama Mr Selfridge and then starred in the BAFTA-winning Three Girls, the hard-hitting drama series about the Rochdale grooming scandal starring Maxine Peake and Lesley Sharp.

Now 28, and living between south London and Margate, she told Sky News she was “over the moon” to be picked out by BAFTA.

“I feel really encouraged. I think schemes like this are really important because they can give platforms to people… for underrepresented groups it can be quite hard to get into this industry so this feels really supportive.”

On her acting goals, she says…

“I want to be surrounded by brilliant artists, directors, writers… there’s some people I’d really love to work with. I love Andrea Arnold and Clio Barnard and I think that anyone who’s working within the female gaze, any trailblazing female directors I want to be around them and I want to be involved in their work.”

And here are the other BAFTA Breakthrough Brits 2018