After the world premiere of the Iraq-set war movie “Mosul” — the feature directing debut by “Deepwater Horizon” screenwriter Matthew Michael Carnahan — at the 2019 Toronto International Film Festival on Monday, the producers headed a few blocks from the theater in downtown Toronto for an after-party at the posh Soho House.

Despite the serious tone of the movie, which takes a gripping look at the small SWAT unit made up of Iraqi police who fought ISIS for three years in the city of Mosul, the atmosphere was jovial. A major hurdle had just been cleared: the movie, still searching for distribution, had played at a big film festival. Could the combination of a major festival giving the movie notice and the star power of producers Joe and Anthony Russo, who directed the biggest box-office earner of all time with “Avengers: Endgame,” land “Mosul” a deal?

Tucked away in the corner of the party, the Russos and one of the film’s executive producers, Mohamed Al-Daradji, were figuring out just that. And they were in full pitch mode.

Read more: “Joker” is a chilling look at one of the greatest villains in comics that’s all the more twisted because of its realness

“It’s incredibly valuable for us to make sure that American audiences see this movie and as many of them see it as possible,” Joe Russo told Business Insider. “The whole point of the film is that through understanding each other’s stories and having empathy for one another, can we heal and build a community? That’s the most important part of this film for us as producers.”

“And I think this movie is one of the most unique experiences you can ever have in a movie theater in the sense that it’s a story told from the Iraqi point of view,” Joe’s brother, Anthony, added. “That’s a very rare thing to be brought to America or globally. I think the movie has a built-in virtue to offer people an experience that they haven’t had in the movie theater.”

Though there have been numerous movies made about the US’ conflicts in the Middle East, few have been told from the locals’ point-of-view. And no American production had done it with an all Middle Eastern cast. 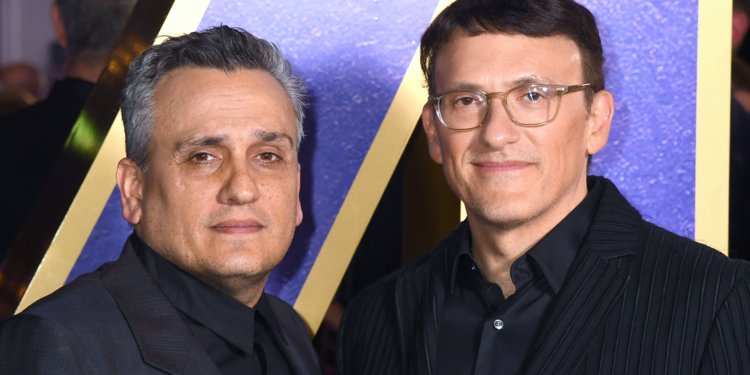 That’s what Carnahan knew he wanted to do when the Russos asked if he was interested in a potential movie or scripted show about the Iraqi SWAT team depicted in the2017 New Yorker story, “The Desperate Battle to Destroy ISIS.”

“I wasn’t even done with the article when I knew I don’t just need to write this, I have to direct it,” Carnahan said. “I called them back and said it has to be a movie, it has to be set over the course of one day, we should do it in Arabic, and with a cast of unknowns from the region. They didn’t hang up the phone.”

“Mosul” is an unforgiving look at the constant struggle for survival the SWAT team goes through. When the audience meets up with them, they are on a secret mission and, because of the constant fighting, are heavily depleted in numbers and have little ammo. But the team’s driven leader James (Suhail Dabbach) keeps the men motivated and on task, though ISIS seems to be constantly on their heels trying to take them out. Carnahan throws us right into the madness of war with tight shots of the action. And with the entire dialogue in Arabic, there’s an authenticity to this war movie that audiences haven’t seen before.

But is that enough for a distributor to buy it and put marketing dollars into a worthy theatrical release? Or would a movie like “Mosul” work better on a streaming service where it can be released globally instantaneously?

“We’re sorting out that question right now,” Joe Russo said. “We’re not snobs about theatrical, we support the digital revolution. I would say the more people who can see this movie the better.”

Executive producer Mohamed Al-Daradji said regardless of how the movie is released, its success will rely on word-of-mouth.

“I feel you have to go hard to the young audience because as soon as they see it, word about the movie will spread,” he said. “Especially in the Middle East. I can say confidentially there is a good market for this in the Arab world.” 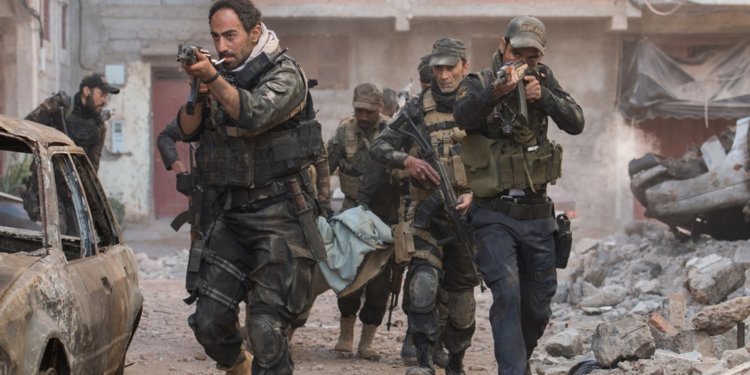 AGBOChoosing the right path for the movie is also important to the Russos because this is the first project from their new production company, AGBO. After years of building clout in the business thanks to the successful movies they made at Marvel, they want to use that to get important works off the ground.

“It’s a storyteller studio, that’s the mission, to tell great stories,” Joe said of AGBO. “But we are also politically minded, we have children, we’re interested in the future of our planet, we’re community oriented. So from an emotional and philosophical standpoint, this really represents who we are.”

“I don’t know if any company would have made this movie in the way we made it, so I think that was part of it,” Anthony added. “We felt strong coming out of the success we had in the last seven years with the Marvel movies and we felt we are in a position to get a movie like this made and we wanted to spend our capital on something like this.”