What does it say about the state of contemporary ballet when a costume and set designer curates a program with more acumen and imagination than a star principal at the Royal Ballet?

Maybe it shouldn’t be such a surprise: A designer, like a director, has a visual point of view as well as the ability to grasp a theatrical world and not just, say, the beauty of the line of a leg. As the Joyce Theater wrapped up its ballet festival last week, it was the designer Jean-Marc Puissant — in truth, he is a former dancer — who arranged an evening of intriguingly contrasting parts: a young female choreographer with a taste for restraint; a Maurice Béjart duet dusted off for a new generation; and a vintage work by Kenneth MacMillan, light in tone yet vibrant in appearance.

Part of the festival overseen by Kevin O’Hare, the Royal’s director, Mr. Puissant’s program, Tuesday through Thursday, may have featured older works — the Béjart and the MacMillan date to the 1970s — but it felt fresh compared to the final program, which began Friday and was organized by the dancer Edward Watson.

That made for an aimless night of solos and duets, including James Alsop’s “Assume Form” for the former New York City Ballet principal Robbie Fairchild — he arched and spun to the lyrics of the James Blake song, pausing intermittently to flick his wrist up and down at nothing — and Laila Diallo’s gesture-driven “All My Song” for Sarah Lamb of the Royal. The highlight of “3 With D,” a duet by Javier de Frutos, was when Mr. Watson and Mr. Fairchild, embroiled in a difficult relationship with the help of two chairs, suddenly kissed: It, at least, had the virtue of being unexpected. 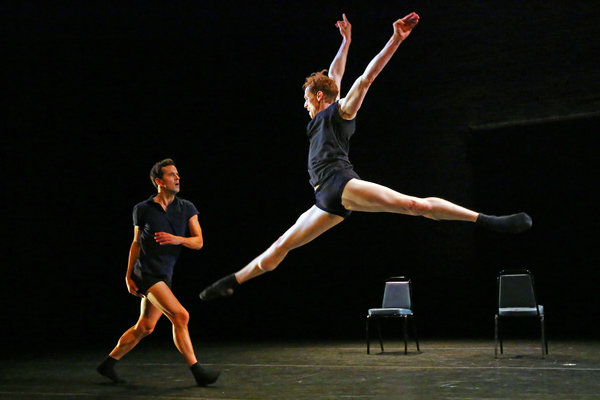 The not-so-grand finale was Arthur Pita’s three-part “Cristaux.” In moments, especially the first duet, it seemed less a dance than a commercial for Swarovski crystals. Here, Ms. Lamb, in a glittering tutu by Yann Seabra, twirled around the stage like a ballerina in a music box (she was underused all night), while Mr. Fairchild lay on the floor or darted around her.

After a duet with the City Ballet principal Maria Kowroski — heavy on spotlights and arms — Mr. Watson returned to the stage alone; his face was covered with a crystal hood. He stretched and contorted his body like taffy until he took a seat on the lip of the stage, removed his covering and hopped down. Slowly, he retreated backward up an aisle to Frank Moon’s arrangement of the adagio movement of Georges Bizet’s “Symphony in C.” This was the kind of dance that made you feel like you were backed into a corner, too: It was stifling.

But Mr. Puissant’s program was one to respect. Gemma Bond’s “Then and Again,” a work of choreographic intelligence set to Alfredo Piatti’s “Twelve Caprices” for solo cello, highlighted the elegant scale of Stephanie Williams, a corps member at American Ballet Theater. And the bright charm of MacMillan’s “Elite Syncopations” divertissement, a sweet concoction set to ragtime music, lit up the stage with Ian Spurling’s unitards that made it look as though costumes — with arrows, buttons and stars — had been painted on the dancers’ bodies.

The somber and sentimental Béjart ballet “Song of a Wayfarer” falls into an uninspiring category: the not-worst ballet by a hollow choreographer. Performed by Joseph Gordon and David Hallberg, it was more than worth seeing, even as it wavered between hokeyness and powerful gravity.

Set to Mahler, the work is about a man (Mr. Gordon, of City Ballet) coming up against his destiny (Mr. Hallberg, of Ballet Theater and the Bolshoi Ballet). The more impressive moments could be credited to Mr. Gordon, a young principal who shows an unyielding commitment to whatever material he’s dancing. Here he was taut and refined — simple in the best sense — while Mr. Hallberg was too labored, too self-aware. This isn’t a ballet that needs an extra lingering gaze.

The choreography returned to a frequent pattern: A leg stretched forward and then to the side. A deep plié with the feet spread apart in second position followed, with one heel raised. That repeated movement phrase had a formal austerity, but it couldn’t keep “Wayfarer” from succumbing to mawkishness: Mr. Hallberg took the hand of Mr. Gordon, whose body wilted; he was led into the darkness while he looked back and reached out an arm imploringly.

The applause lasted long after the curtain fell. But was “Wayfarer” really so impressive, or was it the up-close appeal of its star cast? This is generally the takeaway from the festival, now in its fifth season: No matter who’s in charge, the choreography is little match for the dancers. And that does little to advance the cause of contemporary ballet. 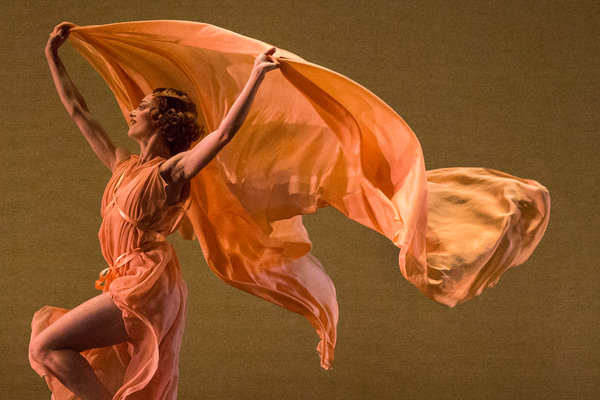