During the early months of pandemic isolation, there were few distractions as cathartic and cheering as the Culture Dance challenge on TikTok, set to the squelchy, loping “Laxed (Siren Beat),” by Jawsh 685. The choreography that became associated with it was, by TikTok standards, elementary — a casual semaphore of joy with a mild wiggle of the waist. Almost anyone could participate, and participate they did.

In thousands of videos, people did the dance and showed off clothing particular to their heritage — Korean, Nigerian, Ukrainian, French, Brazilian and so many more. It was a 10-seconds-at-a-time Olympics opening ceremony, a digital treaty of global harmony. Even in its most generative and enthusiastic moments, social media rarely feels like a truly unifying force. But scrolling through the videos was a genuine tonic, a little flicker of hope for common language and understanding.

While his song was soundtracking a worldwide feel-good session, Jawsh 685 was at home in Manurewa, a neighborhood in South Auckland, New Zealand, finishing up his senior year of high school from home, a bedroom producer stuck in his bedroom.

“One of my friends heard it and was like, ‘I’m pretty sure this is your beat,’” Jawsh, 17, said in an interview last month conducted over Zoom, a bunk bed he shared with his younger brother visible in the background. He wore a hoodie advertising his crew, Loud & Stylah, with the name stylized in Old English font.

He’d been posting his songs to YouTube, but, unknown to him, someone else had edited “Laxed” down to a catchy snippet, and TikTok lit the match. Not long after, Jason Derulo recorded a version with lyrics, and after some behind-the-scenes back and forth, an official version of that song, now titled “Savage Love (Laxed — Siren Beat),” went on to become a global smash, topping charts in New Zealand, Australia, Canada, Britain and more. Currently, it sits at No. 8 on the Billboard Hot 100.

“Laxed” is both modern and traditional — the pacing and melody are indebted to Polynesian music, and also classic reggae. (Laxed is short for relaxed.) But its texture is specifically of the moment — each note sounds as if it had been sucked through a glitchy vortex and spit back out.

Which in a way, they had been. “Laxed” was also an arrival on the world stage for siren jams — an emergent scene filled with producers specializing in music suited for blasting through sirens attached to the front of cars and bicycles. It’s a recent youth culture phenomenon in Pacific Islander, or Pasifika, communities in New Zealand and surrounding areas.

“My siren jam is somehow the most known ever now,” Jawsh said, incredulously. And “Savage Love” has become perhaps the biggest global hit to emerge from a Pasifika act since OMC’s wry 1995 lounge-rock smash “How Bizarre.”

Jawsh’s music is “an authentic snapshot of youth music culture out here,” said Faiumu Matthew Salapu, an Auckland music producer who records as Anonymouz. “Back in the ’90s the dominant frequency was subs, subwoofers in cars. It’s just fascinating that in this day and age that frequency has shifted over to treble. It’s all about like the most piercing frequencies. And it’s massive. You can’t really go anywhere in South Auckland without people just jamming these sounds.”

On YouTube, you can find clips of young people wiring up sirens to their cars and bicycles as a meta-speaker system. It’s the sort of phenomenon that triggered the usual skepticism from older generations and at least a handful of moral-panic local news reports lamenting that young people were stealing sirens from schools for the purpose. 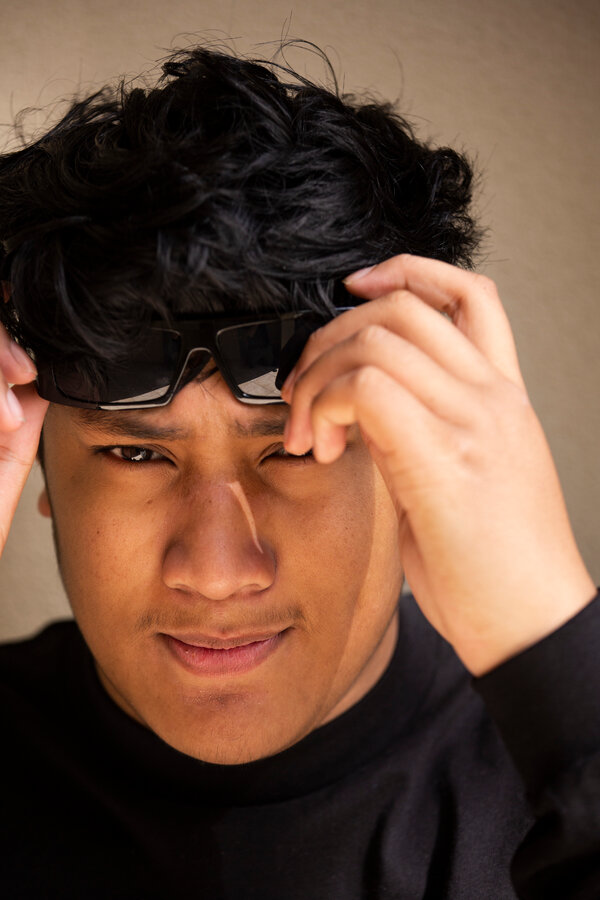 But while Salapu noted that siren culture is “anti-establishment, rebellious,” he also pointed out that much of the music emerging from that scene has strong connections to the sounds of earlier generations. “That frequency range and that style of melody is prevalent in a lot of Pacific music out here,” he said. “We hear these progressions in our church music.”

Graham Reid, a former journalist who teaches New Zealand pop music history at the University of Auckland, noted the connections between Jawsh’s music and reggae, adding that “the reggae beat is just a shift from what we call the ‘Maori strum,’” pointing out the way “Laxed” sits “just behind the beat — that’s a kick back, Pasifika thing.”

Jawsh 685 — born Joshua Nanai — is the third oldest of four children born to a father from Samoa and a mother from the Cook Islands, who met in New Zealand. (685 is the country code for Samoa, though Jawsh has never been there.) Manurewa, in South Auckland, has been a magnet for Pasifika communities for decades. “A lot of people like to talk down on where I’m from,” Jawsh said. “It’s not as bad as what people say.”

His parents listened to “old island music,” Elvis Presley, and also Britney Spears and Mariah Carey. But he listened primarily to siren jams on YouTube, where a few channels specialize in posting the latest ones, all produced and released independently.

When he decided he wanted to make them himself, he reached out to the one producer he was acquainted with, who wouldn’t give up all the secrets. So Jawsh set out to teach himself. As with many production styles, there are sample packs passed around that contain loads of foundational sounds to build songs around.

Working on a broken laptop and using the ubiquitous production program FL Studio, Jawsh said he made the original “Laxed” beat in around four hours. Unlike many traditional pop or hip-hop producers who might primarily focus on the beat and leave the songwriting to others, Jawsh included melodic top lines in his production.

In essence, he’d laid out a blueprint for a singer to pick up on and add to, which is exactly what Derulo did. Over the course of this year, Derulo, an early 2010s pop-R&B star, had become something of a TikTok phenomenon, micro-attuned to the app’s trends. In May, after Jawsh’s song had become a TikTok staple, Derulo put lyrics to it — calling his version “Savage Love” — even though he and Jawsh hadn’t yet come to a formal arrangement. Eventually, though, representatives for the two artists ironed out a deal to properly release the song with Jawsh as the primary artist and Derulo the featured guest. (Representatives for Derulo did not reply to requests for comment.)

Despite the friction, Jawsh was excited to see that a star of Derulo’s stature had glommed on to his composition. “It’s exciting to know that you made the melody, and then now you’re hearing someone sing words instead of the melody itself,” he said.

And yet Jawsh still faced a struggle particular to sudden fame in the TikTok era — people loved his song but had no idea who he was. On TikTok, “What you have is people consuming a sound, not really an artist,” said Erika Alfredson, Columbia’s senior vice president for marketing.

“Jawsh’s piece of the song is the beat that everybody fell in love with around the world,” she added, emphasizing that “you have to make people attach” in order for him to escape the app’s gravitational pull.

His career is being built slowly, one piece at a time. He’s released a second single, “Sweet & Sour,” which features vocals from Lauv and Tyga, artists who, like Derulo, Jawsh has never met (and depending how long quarantine lasts, might not for some time). His sudden success has also helped his family — by the time of a second interview late last month, his family had moved to a bigger home, where he finally had his own bedroom.

In that room, Jawsh continues to record new songs for a debut EP. While he feels a loyalty to the culture of siren jams, he’s lately started listening to more American hip-hop, and eventually wants to expand his production repertoire beyond siren jams to trap and drill.

The official “Savage Love” video was filmed separately, with Derulo in Los Angeles and Jawsh in Manurewa, where he’s thoroughly immersed in his cultural signifiers: Samoan flags, local dances and, of course, a fleet of siren-augmented bicycles and cars. Funnily enough, though, Jawsh himself never had a siren on his bicycle up until a couple of months ago. But now he’s riding around Manurewa, blasting Pop Smoke, waiting for the chance to hop on a plane and hear his siren echoing around the world.