MIAMI BEACH, Fla. — To say that David Castillo, 44, reflects his roots as a son of South Florida is an understatement. Over the past 13 years, his gallery has staked a claim to Miami with a roster of 14 artists deeply committed to narratives that have become essential not only to the art world but to larger conversations that hover over America.

In this year’s edition of Art Basel Miami Beach, the David Castillo Gallery has a space for the first time in the Galleries sector, the fair’s top tier, making it only the second Miami-based gallery to be included in that part of the show in more than a decade, along with the Frederic Snitzer Gallery.

Mr. Castillo’s inclusion is a nod from the international community that his program is fit to hold court with the world’s top 250 galleries. “For a gallery, that’s a real coming-of-age,” said Noah Horowitz, Art Basel’s director of the Americas and the chief of the Miami Beach fair. And by proxy, it signals that the themes of migration, race and displacement that Mr. Castillo’s roster celebrates are also carving out space in the broader scope of Miami’s cultural landscape and beyond.

Mr. Horowitz said galleries were selected based upon the quality of their yearly programming, their roster’s institutional presence and the integrity of the gallerist, too. With Mr. Castillo, “When you cobble all of that together, those variety of factors all weighed heavily,” he said. “All those boxes were checked,” he said, adding: “David has absolutely earned that place.”

In 2005, when Mr. Castillo began, “I built the gallery by looking at art first, and it’s built itself organically around these themes of identity that happened to be so important to me personally,” he said. As an American of Cuban descent, “obviously, that’s informed who I am as a person.”

And in Miami, which is inextricably tied to African and Latin cultures as well as to their intersection, “David was keen to gather that diasporic sense of culture meeting in this place,” said Naomi Beckwith, a senior curator at the Museum of Contemporary Art Chicago. The city “belongs to that basin of the Gulf of Mexico and the Caribbean Sea more so than it does even to the U.S.,” she said. “The landscape there is highly specific, and David is quite sensitive to that voice and built a program around those themes.”

Mr. Castillo’s gallery, she said, is “not just a place that sells art. It’s a place where artists can showcase their thinking.” And its owner is known as a gallerist who not only becomes friends with his artists but also understands how they work. 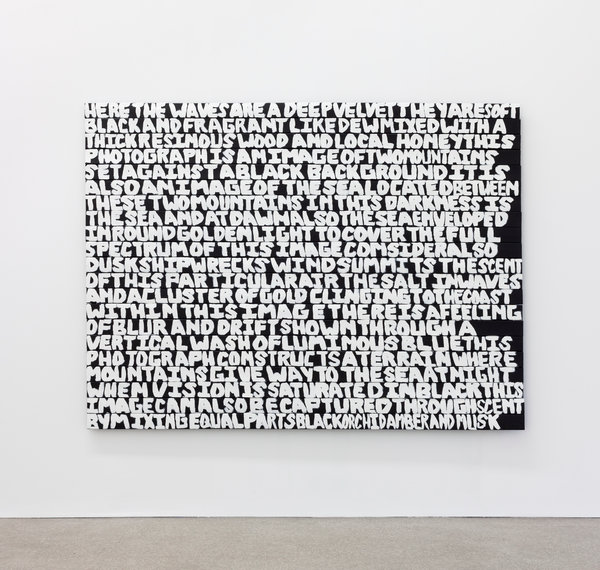 “He’s like family to me,” said Xaviera Simmons, an artist who has shown with Mr. Castillo for more than a decade. He’s cultivated an intimate relationship with many of his artists but he’s also “grown a collector base that’s supportive,” she said.

When Mr. Castillo first reached out to Kalup Linzy, a performance artist, “He was real versed on my work,” Mr. Linzy said, noting Mr. Castillo’s understanding of what it was like to be a person of color and queer in the art world, too. And when Mr. Linzy’s mother became ill and died while he was mounting a solo show at the gallery, Mr. Castillo encouraged Mr. Linzy to grieve. “I felt like he understood me,” the artist said. “I didn’t have to hide it from him.”

But what Mr. Castillo’s artists respect most about him, including Ms. Simmons and Mr. Linzy, was that he stayed in Miami. Today, his gallery — which sprawls over 3,000 square-feet in the heart of South Beach — is as sophisticated and as highly regarded as those in New York or Los Angeles. “He stayed the course,” Ms. Simmons said. “I think that’s admirable and also fierce. That’s belief in yourself. That’s beyond what anyone could teach you. That’s a vision.”

In the 1960s, when Mr. Castillo’s parents were faced with remaining in Cuba and losing everything or starting anew, they headed to Spain. “That’s a decision a lot of Cubans made and continue to make,” he said. In 1973, he was born in Madrid, but only four months later his family moved to Hialeah, Fla. Eventually he attended Yale University to study art history. The departure point of his gallery’s program began with a letter he received as a freshman.

“Dear person of color,” it read.

“Honestly,” he remembered, “I wasn’t sure what it meant.” Then, he realized its role in referring to “the other,” but growing up in South Florida, “I never felt like the other,” he said. “I really felt — growing up here — that people were people.” But once that term was applied to him, it grew into a concept that has guided him for decades.

Mr. Castillo says he has watched Miami grow from sleepy agricultural outposts strung together by ribbons of asphalt into the bustling urban center of today. “I witnessed it from the very beginning, because I’m from here,” he said. “I’m fortunate enough that I’m from a place where I could grow with the city. It gives me a particular insight: I know the history.”

At this year’s Art Basel, Mr. Castillo plans to show 9 of his artists weaving together the visual, temporal and historical idea of “black and white”— evoking the palette of master paintings, the world as seen through television, journalism or photography, and as a powerful racial marker. For Mr. Castillo, the concept is a place where modernism meets antiquity meets the contemporary. “It was interesting to me how that concept was informed by the arc of the gallery,” he said, adding that black and white often means that something is cut and dry, “but in black and white, there’s actually a lot of nuance.”

And as each day passes, the works will change and those with color will make their way into the space, too. Memory will play a critical role as fairgoers return to the booth throughout the course of the fair and note its transformation and its take on the duality of black and white. “It was clear that that was a powerful statement,” he said, “because it spoke to everything the gallery was about.”