BUDAPEST — In the fall of 1956, the Soviet Union crushed an uprising in Hungary, swiftly ending an attempt to escape the superpower’s grip on the Eastern bloc. The Soviet tanks that rolled through Budapest also brought an end to the belief of many intellectuals and artists there in the ideals of Communism.

The Hungarian composer Gyorgy Kurtag, then 30, felt his whole world collapse that year. “Not just the outside world, but my inner universe, too,” he once said in an interview.

Mr. Kurtag spent the next two years in Paris, seeking new meaning for his life and work under the guidance of a psychoanalyst. He studied with the composer Olivier Messiaen, and heard the music of Anton Webern and Arnold Schoenberg at concerts given by Pierre Boulez. From the isolation of Communist Hungary, he had emerged into the West’s center of musical modernism. 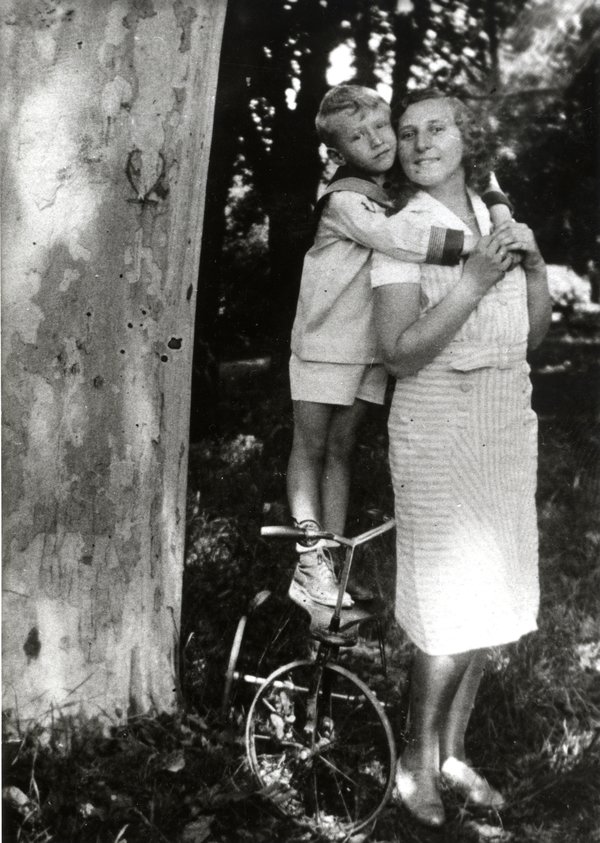 It was in Paris during this period that Mr. Kurtag first saw Samuel Beckett’s play “Endgame.” The encounter set him on a lifelong journey, studying Beckett’s works and creating music inspired by them. Six decades later, on Nov. 15, this odyssey — and the career of one of the last living giants of 20th-century music — will culminate in Mr. Kurtag’s long-awaited, long-delayed first opera, based on “Endgame,” at the Teatro alla Scala in Milan.

Mr. Kurtag’s career has been full of unfinished projects, among them several operas; Alexander Pereira, the general director of the Teatro alla Scala, has been waiting to present the premiere of “Endgame” for nearly a decade. He has persevered, he said, because Mr. Kurtag is “probably the most important composer in the world at this moment.”

In an interview last month in his attic study at the Budapest Music Center, where he lives with his wife, Marta, Mr. Kurtag, 92, spoke about the importance of opera to him. (Stuffed with papers and books, the study has whole shelves devoted to Beckett.) The art form, he said, brought together his two great passions: the spoken word and the singing voice.

Mr. Kurtag said he had reached back to Claudio Monteverdi for inspiration. The Italian Renaissance composer, whose “Orfeo” was one of the first operas, made it clear that words and score need to be equal partners. In Monteverdi, Mr. Kurtag said, “the text doesn’t move to the background in favor of the music.”

While it looks back to the origins of the art form, Mr. Kurtag’s “Endgame” — in its radical (and very Kurtagian) compression and starkness — also heralds a conclusion of sorts. “Fundamentally, this is the end of a genre,” said the musicologist Andras Wilheim, who is writing a book-length study of the composer. “Kurtag’s opera could be the end of traditional thinking in opera.”

Mr. Kurtag was born to a Hungarian Jewish family in Lugoj, Romania, in 1926. He studied piano, chamber music and composition in Budapest, where he met his wife, also a pianist. They married in 1947.

Reducing music to its intense essentials, Mr. Kurtag cultivated a style of precisely controlled intensity. His works are often collections of tiny bits — some of his set of 40 “Kafka Fragments,” for soprano and violin, are just a few seconds long — which pack a concentrated punch, extravagant in expression while rigorously focused and astringent.

He is perhaps the last of the great generation of European composers to have come of age in the wake of World War II: Gyorgy Ligeti, a friend, died in 2006; Boulez, the dean of the postwar avant-garde, in 2016. Mr. Kurtag’s 1994 orchestral work “Stele” is “like a gravestone on which the entire history of European music is written,” the conductor Simon Rattle once told The Boston Globe.

Throughout his career, Mr. Kurtag, who speaks six languages, has made music out of the literature he loves. A handful of works inspired by Beckett have included “Samuel Beckett: What Is the Word,” based on a late poem. Mr. Kurtag wrote it for the Hungarian singer Ildiko Monyok, who had developed severe aphasia in a car accident. Ms. Monyok learned to speak again while rehearsing the piece with Mr. Kurtag, and her struggle was reflected in the composition: a harrowing landscape of stuttering repetition, of language trying reluctantly to form itself.

That reluctance to be formed has been a feature of Mr. Kurtag’s “Endgame,” too: The music world has been waiting for it for years. Mr. Pereira, of the Teatro alla Scala, has penciled it in for every opera season he has overseen for almost a decade — at the Zurich Opera, then the Salzburg Festival, and now in Milan — only to be told, again and again, that it wasn’t yet ready.

When Mr. Pereira’s Salzburg Festival wrote to Mr. Kurtag asking him to accept the commission for the opera, he said he wanted no contract and no money. In his study in Budapest, he added he couldn’t promise to finish every piece he started, and didn’t want to compromise his creative freedom. He said he could have taken much longer to finish, but he had only “this one life” — “so I had to let this one out now.”

“Endgame” — Kurtag’s libretto adapts Beckett’s original French version, “Fin de Partie” — is, like the play, a tragicomedy of four characters: the tyrannical master Hamm; his mother, Nell; his father, Nagg; and his servant, Clov. Beckett included copious stage directions alongside the gnomic dialogue as the characters discuss, with dark humor, the meaninglessness of the human condition. Only Clov moves around freely: Hamm stays still in a wheelchair at the center of the stage, and his parents sit in dustbins at the side.

“I almost obsessively want to remain faithful to his text and his initial concept,” Mr. Kurtag said of Beckett’s play. He added he had spent two years just on studying the playwright’s word choices. What Beckett does, Mr. Kurtag said, “is already music.”

Every note matters in Mr. Kurtag’s miniatures, and although “Endgame” is around two hours long, he applied the same painstaking method to its composition as he has to his shortest pieces. He is as hard on himself as he is on his performers; the cellist Tamas Zetenyi described playing a Kurtag string quartet at a concert in Budapest. At the end, its composer stood up to thank the group — and proceeded to give 90 minutes of feedback.

Marta Kurtag was a partner in the new opera’s creation, as she has been in the composing and performance of many of Mr. Kurtag’s works. (Much of his continuing series of short piano pieces, “Jatekok,” or “Games,” has been written with their duet in mind.) When asked a question by a reporter, he sometimes simply offered a smile when a precise answer wasn’t forthcoming; his wife would then answer. At other times, she interjected to gently clarify or contradict Mr. Kurtag’s point.

“At the end,” he said of “Endgame,” “she didn’t just have thoughts on orchestration; she was composing the music.”

Mrs. Kurtag broke in: “That is a bit of an exaggeration.”

If it’s in part an exaggeration, “Endgame” remains the crowning achievement not just of Mr. Kurtag’s career, but also of the couple’s creative relationship. The interview in Budapest began with his tribute to Mrs. Kurtag. Moving with difficulty, a walker supporting his frail figure, Mr. Kurtag visibly softened as he sat at the piano. There, he performed what he called a “pocket opera” that he wrote for his wife’s 90th birthday this year.

His eyes gleamed and his lips joined in a smile as he turned to Mrs. Kurtag. He recited two lines from the Hungarian poet Attila Jozsef, written in French, that roughly translate as “I have no theme other than that I love you.” He then took the syllables apart, repeating each one until the line of poetry was impossible to pick out among the bare sounds. Each repeated phrase resolved itself with soft chords.

He said he didn’t see his own life playing out in his new Beckett opera, and yet he felt that Mrs. Kurtag and himself were present in the piece.

Mrs. Kurtag added: “This is our endgame.”