Our guide to pop and rock shows and the best of live jazz happening this weekend and in the week ahead.

6LACK at the Hammerstein Ballroom (Nov. 14, 8 p.m.) and Terminal 5 (Nov. 15, 8 p.m.). “Do you just have one soul mate or do you have more?” That’s just one of the questions the singer and rapper Ricardo Valdez Valentine, whose stage name 6lack is pronounced “black,” asked his fans via postcard when he first announced his most recent album, “East Atlanta Love Letter” — an old-school promotion for an artist who, aesthetically, is on hip-hop’s vanguard. But it’s fitting for the Atlanta-bred artist, whose willingness to show his reflective side has helped set him apart in the city’s flooded rap scene; as he put it on his song “Scripture,” “Still new, but my attitude veteran.” Wednesday’s show at Hammerstein Ballroom is sold out, but tickets are available on the resale market.
800-745-3000, mc34.com/upcoming
212-582-6600, terminal5nyc.com

THE DOOBIE BROTHERS at the Beacon Theater (Nov. 15-16, 8 p.m.). The soft rock harmonizers will revisit two of their most iconic albums during their first run at the Beacon in 23 years. On both nights, the band will play 1972’s “Toulouse Street” and 1973’s “The Captain and Me” in their entirety — with some deep cuts that they’ve never performed live. But even casual fans should be pleased with the strict set list: Those albums feature some of the Doobies’ most memorable hits, including “Listen to the Music” and “Long Train Runnin’.”
212-465-6000, beacontheatre.com

BELA FLECK, ZAKIR HUSSAIN AND EDGAR MEYER at the Town Hall (Nov. 15, 8 p.m.). More than anything else, these three musicians are unified by their rejection of conventional genre boundaries. They’re well known among classical music aficionados for their 2009 collaboration with the Detroit Symphony Orchestra, “The Melody of Rhythm,” but that release made it no easier to pin down their style. Meyer, a bassist, and Fleck, a banjoist, have both worked extensively in bluegrass; Hussain, a tabla player, first rose to fame performing Hindustani classical music but often collaborates with jazz musicians. In the end, trying to pin them down is futile: Each is a virtuosic talent, so any tradition they take on jointly winds up transformed.
212-997-6661, thetownhall.org

RHIANNON GIDDENS at Symphony Space (Nov. 14, 8 p.m.). The banjoist and singer has earned considerable acclaim and a MacArthur Genius grant through her work as both a dynamic folk performer and deft musical historian, reviving long-dormant strains of traditional American music without invoking a trace of golden age syndrome. That mission is reflected in the lineup for her four-show residency at Symphony Space, where she’s paying tribute to historical and contemporary women of color. Wednesday’s performance, titled “Sisters Past,” will pay homage to artists and activists like Nina Simone, Ethel Waters and Fannie Lou Hamer.
212-864-5400, symphonyspace.org

LALAH HATHAWAY at Sony Hall (Nov. 11, 8 p.m.). You can hear Hathaway’s resemblance to her soul singer father, Donny Hathaway, when she sings his songs. But she has long since carved her own path, showcasing her rich, smoky contralto in traditional R&B numbers with jazz influences — she’s worked with Robert Glasper, Snarky Puppy and Esperanza Spalding in the past few years. Through awe-inspiring runs and subtly evocative phrasing, Hathaway delivers sophisticated, classic records that still bend toward the arc of contemporary pop. “Honestly,” Hathaway’s most recent album, includes trap beats and airy synths; the centerpiece, though, remains her one-of-a-kind voice.
212-997-5123, sonyhall.com

EMILY KING at the Apollo Theater (Nov. 15, 8 p.m.). The New York native’s 2011 EP “Seven” wasn’t necessarily ahead of its time; if anything, it harked back to the heyday of neo-soul and sometimes even further to R&B’s golden age. Nevertheless, the clean, acoustic arrangements of the understated songs felt fresh; today, as King prepares to release her long-awaited follow-up to 2015’s “The Switch,” they also sound prescient when presented alongside the complex, intimate music of the current R&B boom. The singer-songwriter’s newest single, “Remind Me,” incorporates a dash of bouncy ’80s-sounding synths while maintaining her signature stripped-down sound.
212-531-5305, apollotheater.org

Y LA BAMBA at Murmrr Ballroom (Nov. 15, 9 p.m.). Indie pop influenced by Mexican folk music might be the simplest way to describe Luz Elena Mendoza’s band, which this artist from Portland, Oregon, has fronted since 2007, but it doesn’t fully capture the seamlessness of that combination across the group’s five albums. Mendoza’s voice is the X factor, ranging from forceful and strong to bright, sweet and vibrato-filled as she sings in both English and Spanish. The result is music that’s global without sounding kitschy or like it’s lost its experimental edge.
murmrr.com
NATALIE WEINER 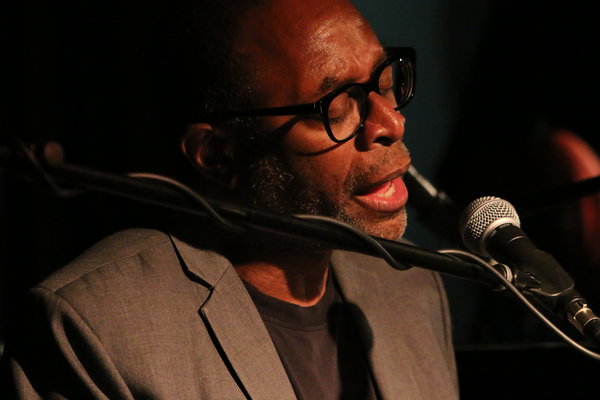 THE BAD PLUS at the Village Vanguard (through Nov. 11, 8:30 and 10:30 p.m.). The Vanguard has always meant a lot to this group, which began around the turn of the millennium. It’s where a Columbia Records representative first fell in love with the prog-jazz power trio, leading to a record deal and helping catapult them into the media spotlight. In December, the group’s original lineup played the Vanguard for the last time. This week’s run marks the Bad Plus’s first appearance at the club with Orrin Evans, their new pianist. Over the past 10 months, his influence on the group’s rhythm section — the bassist Reid Anderson and the drummer Dave King — has been subtly subversive, suggesting a new beginning.
212-255-4037, villagevanguard.com

MELANIE CHARLES at Dizzy’s Club Coca-Cola (Nov. 12, 7:30 and 9:30 p.m.). Catch Charles, a vocalist and flutist, performing in a coffeehouse setting and you’ll be struck by the easy intimacy in her singing, lightly redolent of Roberta Flack. Hear her fronting a combo at a jazz club, and you’ll notice generations of tradition spring from her voice. Then flip on “The Girl With the Green Shoes,” an album she released last year, and you’ll find something else: a creative, dusty-groove blend of neo-soul and experimental hip-hop, a new kind of music that plays by its own rules. At Dizzy’s, Charles presents a program she’s calling “Make Jazz Trill Again.” The name is a reference to hip-hop slang, but the band is stacked with young jazz talent, including the alto saxophonist Godwin Louis, the pianist Luke Carlos O’Reilly, the bassist Jonathan Michel and the drummer Charles Haynes. The alto saxophonist Rogerst Charles will appear as a special guest.
212-258-9595, jazz.org/dizzys

JAMES FRANCIES BAND at Jazz Standard (through Nov. 9, 7:30 and 9:30 p.m.). One of the more promising young pianists to emerge recently, Francies last month released “Flight,” his debut album, on Blue Note. Produced by the bassist Derrick Hodge, it’s got a spacey, glistening ambience, but Francies cuts through that with his bright, forthright touch and dashing improvisations. He will play original tunes from the album at Jazz Standard, with the tenor saxophonist Ben Wendel, the guitarist Gilad Hekselman, the bassist Burniss Travis and the drummer Kendrick Scott. The group will also welcome three guest vocalists — Chris Turner, Kate Kelsey-Sugg and YEBBA — each of whom sings one song on “Flight.”
212-576-2232, jazzstandard.com

SAM HARRIS TRIO at the Jazz Gallery (Nov. 14, 7:30 and 9:30 p.m.). Best known for his work in Ambrose Akinmusire’s groups, Harris, a pianist, will soon be on the jazz radar as a bandleader himself. This concert celebrates the release of “Harmony,” an album featuring a five-part suite performed by his trio. The record has a distinctive sound, at once unprecedented and nourished by a deep well of history. He plays roughly and beautifully, connoting both seriousness and indifference to decorum. His rich, carefully shaded harmonies draw equally on gospel, R&B and the avant-garde. He appears here with the trio from “Harmony”: the bassist Martin Nevin and the drummer Craig Weinrib.
646-494-3625, jazzgallery.nyc

NUBLU JAZZ FESTIVAL at Nublu Classic and Nublu 151 (through Nov. 16 at various times). Nublu is now two separate clubs that are blocks away from each other on the Lower East Side’s Avenue C. At both, the programming circles around the fringes of jazz, I.D.M., world music and progressive R&B. Over the coming week, that broad programmatic identity will be represented in full force at the ninth annual Nublu Jazz Festival. Highlights include performances on Friday by the drummer Marcus Gilmore and the pianist Brian Jackson (who was Gil Scott-Heron’s musical partner throughout the 1970s), two sets on Saturday from the Sun Ra Arkestra, and a stacked bill on Tuesday featuring both the keyboardist Brandon Coleman (a member of Kamasi Washington’s band) and the tenor saxophonist JD Allen.
nublu.net

KAMASI WASHINGTON AND BUTCHER BROWN at Brooklyn Steel (Nov. 11, 8 p.m.). Washington, contemporary jazz’s reigning mainstream sensation, is touring in support of “Heaven and Earth,” his magisterial follow-up to “The Epic,” the equally grandiose 2015 album that turned this Los Angeles tenor saxophonist into a star. His band performs here on a double bill with Butcher Brown, a quintet that plays funky, frisky music equally influenced by jam bands, hip-hop D.J.s and 1970s fusion. (Hear the evidence on “Camden Session,” a record the band released last month.) Their star is on the rise, and they’re aiming for the same crossover terrain that Washington has claimed.
bowerypresents.com
GIOVANNI RUSSONELLO