Zoe Ball, 48, who is also the host of BBC Two spin-off show, Strictly Come Dancing: It Takes Two, gave the full details about her “misjudged” moment live on the show. The radio DJ told listeners she suffered some bruising after being “trapped between concrete and wood” at Brighton beach last week. The BBC favourite revealed she enjoyed some time away from BBC Radio 2 Breakfast Show and headed to the coast for some relaxation where she endured an embarrassing accident. Zoe visited one of her favourite cafe spots for a bite to eat before she told her radio listeners she fell off a bench.

She spilled: “There were loads of people around having a lovely time. And I went to sit down on one of those pub-style benches.

“And as I parked my bum – which is slightly bigger than it was three weeks ago because I’ve eaten a lot of ham and cheese – I somehow misjudged where I placed it.”

Zoe continued: “And I did this ridiculous slow motion fall backwards where I completely couldn’t stop myself.

“I then got stuck between a piece of concrete and a massive piece of wood on my back, like a tortoise that’s been rolled on it’s back and can’t get back up.”

The mother-of-two fortunately saw the funny side of the incident as she admitted to laughing off her slip up.

Zoe divulged: “I was just lying there laughing to myself. It’s a miracle I didn’t wee myself a little bit, I have to say. 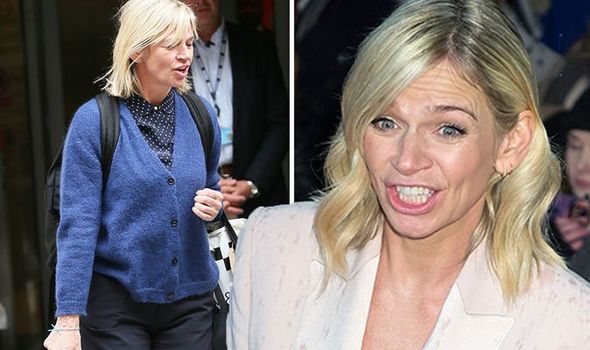 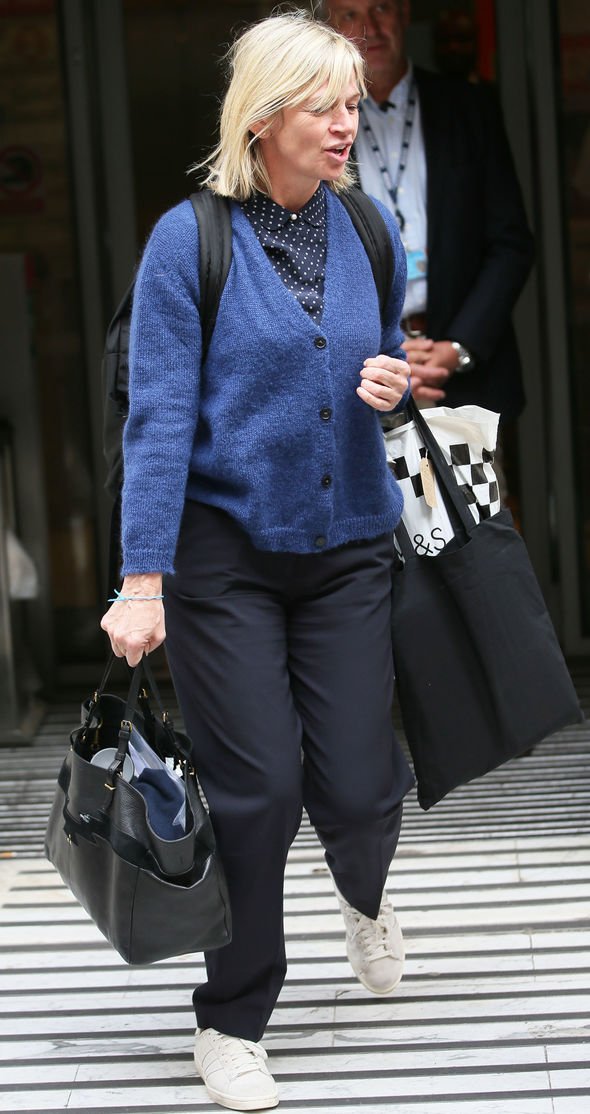 “But anyway, you know when you’re thinking, please someone laugh, because there was loads of people around and someone came up to me and said, ‘Have you been drinking again Ball?’”

The radio DJ then read aloud an email from a listener who witnessed Zoe’s embarrassing fall.

The message said: “Hey Zoe. Only a quick note to say that you fell very gracefully and very slowly.

“Didn’t think you needed anymore attention. So I thought I would email you.”

The unknown listener mentioned that they were at the beach in Brighton taking some photos before revealing they saw Zoe’s “slow motion” fall. 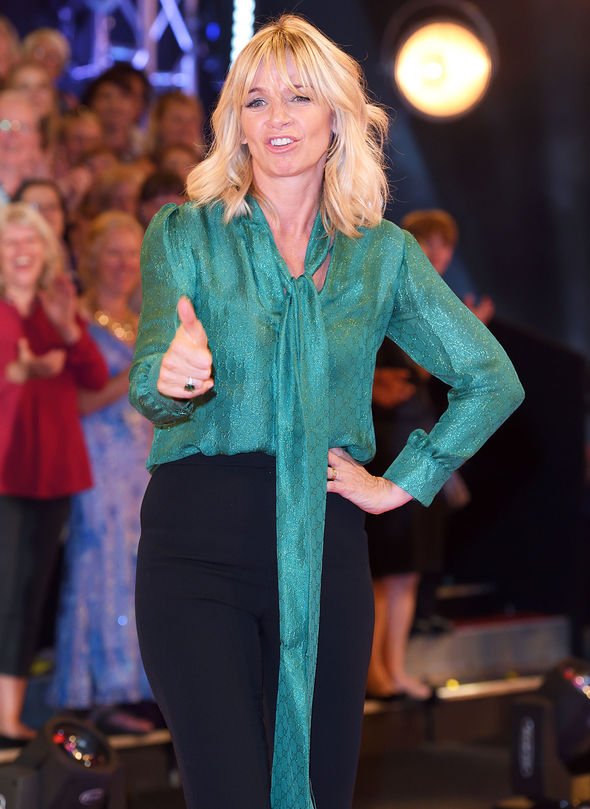 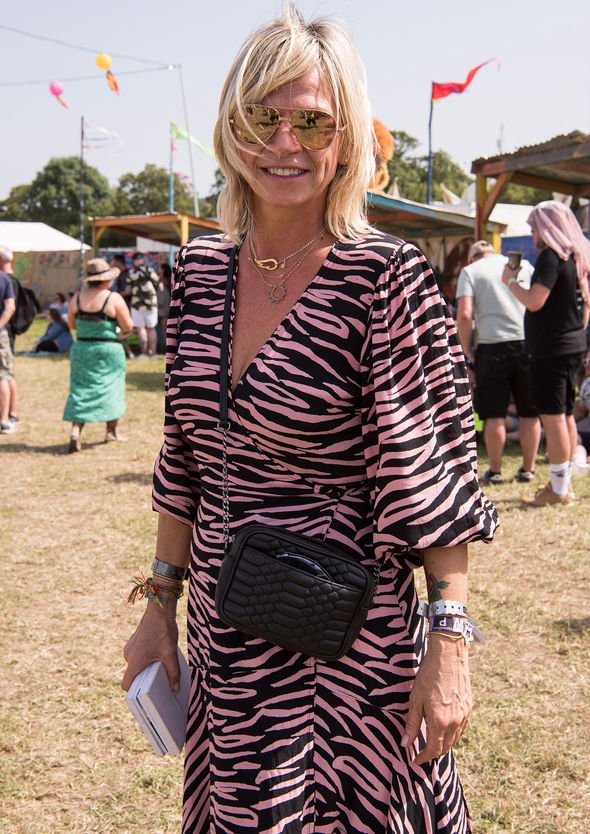 The person in question added: “I saw you being Zoe Ball and falling off a bench really slowly. And it really took the pressure off me being the centre of attention.

Zoe replied saying: “Thank you for that.

“You’ve made my day. But you should see the bruising. When you get your hips trapped between concrete and wood it’s just not pretty.”

Meanwhile, the TV personality revealed on her radio show that she will be focused on her weight ahead of Strictly Come Dancing returning to viewers screens next month.

She said: “Strictly is almost upon us. That means everything kind of goes out of the window for the next three months.

“So I’ve got four weeks people, to lose a bit of weight, maybe. Because I’ve got to stand next to all those gorgeous dancers.”