Eamonn Holmes is best known for presenting alongside his wife Ruth Langsford on This Morning with the pair have been a part of the popular morning show for more than a decade. Many fans of the show have spotted Eamonn wearing glasses on today’s show but what is the reason behind the presenter’s glasses?

Why is Eamonn Holmes wearing glasses on This Morning?

This is not the first time Eamonn has been spotted wearing spectacles while presenting on This Morning.

However on today’s show alongside his wife Ruth he spoke of how he is wearing his glasses today after he woke up suffering a stye.

On the show, Eamonn admitted he has spoken to The This Morning resident doctor Dr Hilary having arrived into the studio and has received a prescription to treat the stye.

Ruth also admitted of how she prefers Eamonn when he wears his glasses. 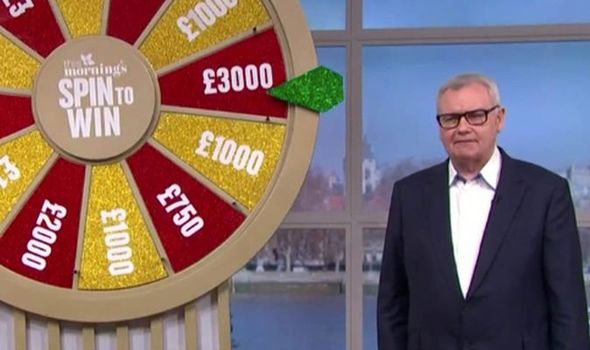