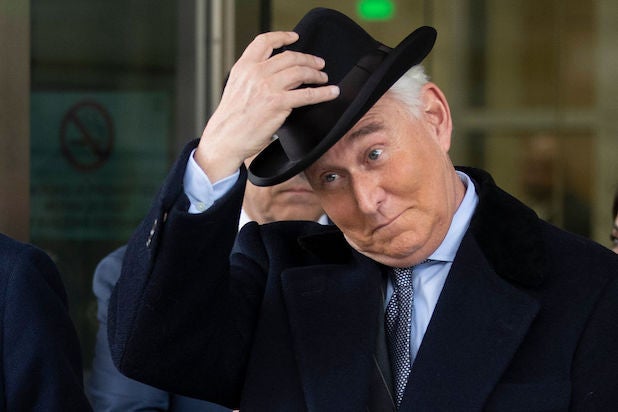 President Donald Trump told longtime confidant Roger Stone that he would be commuting his sentence for crimes related to the Russia investigation, according to the Associated Press.

In a statement to the press, the White House confirmed the commuting of the sentence and said Stone was a victim of the “hoax.” The commutation comes just days before Stone was expected to begin his prison sentence.

Stone was sentenced to 40 months in prison in February after having been found guilty in November 2019 on all federal counts in a trial stemming from special counsel Robert Mueller’s Russia investigation. Those counts included providing false statements to the House Intelligence Committee about contact with WikiLeaks, obstructing a congressional investigation of Russian election interference, and witness tampering.

At the time, it was believed Trump would pardon Stone. Trump ramped up his support of his friend and ally the week of the sentencing, tweeting things like, “Two months in jail for a Swamp Creature, yet 9 years recommended for Roger Stone (who was not even working for the Trump Campaign). Gee, that sounds very fair! Rogue prosecutors maybe? The Swamp!”

A commutation does not erase Stone’s felony conviction like a pardon would, but it protects him from serving time in prison. In recent days, Trump had given hints about the possible commutation, and Stone had pleaded for help from Trump in a series of Instagram posts, saying his life would be endangered if he were to serve prison time during the pandemic.