You don't have to be a "Game of Thrones" fan to recognize some of the stars from the popular series.

The HBO show, which aired from 2011 to 2019, has catapulted many actors from its large cast into superstardom.

Although some of the stars, like Sophie Turner and Maisie Williams, were just entering the entertainment industry when the series first aired, others were already decades into their careers.

Here's what 18 "Game of Thrones" cast members were doing before the HBO show aired.

Long before he drank and knew things as Tyrion Lannister, Peter Dinklage appeared in a number of films. 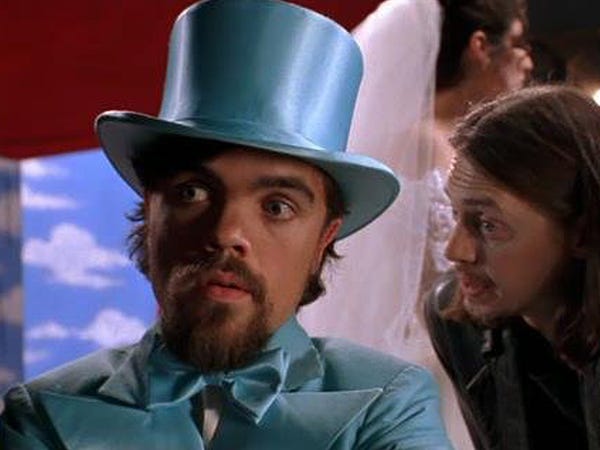 In one of his earliest credited performances, Peter Dinklage shared the screen with Steve Buscemi in "Living in Oblivion" (1995), the indie dark comedy directed by Tom DiCillo.

After taking on various other roles, in 2003, Dinklage starred as the lead in "The Station Agent" and also appeared in "Elf" that same year.

Before starring on "Game of Thrones," he also acted on shows like "Nip/Tuck" and "Threshold."

Lena Headey is best known as the ruthless Cersei Lannister, but her first professional acting credit was in 1992. 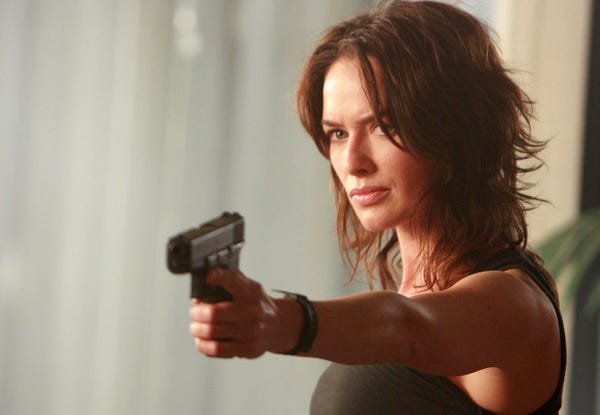 The actress started her career by acting as Young Mary in the 1992 drama "Waterland," a film with notable stars like Ethan Hawke, Jeremy Irons, and Sinead Cusack.

After "Waterland," Lena Headey continued to appear on television and in British and American films.

A few of her notable roles include the live-action adaptation of "The Jungle Book" (1994) and "300" (2006).  In 2008, she also played the titular character in the short-lived series "Terminator: The Sarah Connor Chronicles."

Before mothering dragons and burning cities to the ground as Daenerys Targaryen, Emilia Clarke starred in shorts and TV movies. 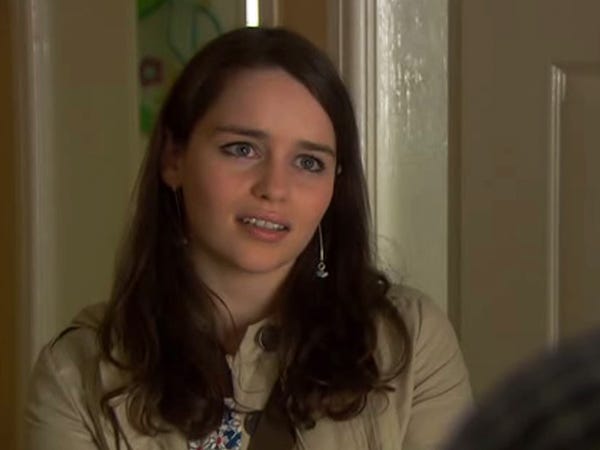 Emilia Clarke's first credited role is a guest-spot on one episode of the show "Doctors."

A year before "Game of Thrones" aired, Clarke appeared in a movie for the Syfy channel called "Triassic Attack."

During the early seasons of "Game of Thrones," she also voiced characters on the animated series "Futurama" and "Robot Chicken."

Like her co-star Lena Headey, Clarke also played Sarah Connor, though Clarke took on the role in "Terminator Genisys" (2015).

Jason Momoa, also known as Khal Drogo, was a model before he became an actor. 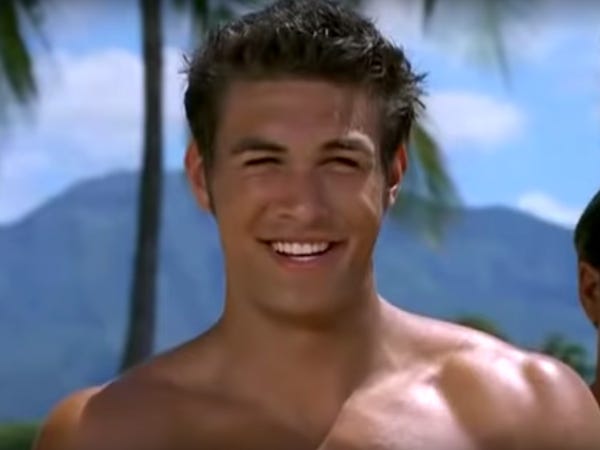 Before joining "Game of Thrones," Jason Momoa had a modeling career — and was even named  Hawaii's Model of the Year in 1999.

His first credited acting role is as Jason Ioane on the series "Baywatch." From 1991 to 2001, he appeared on 44 episodes.

He later starred on the shows "North Shore" and "Stargate: Atlantis" before being cast as Khal Drogo.

Before holding the door as Hodor, Kristian Nairn was not an actor at all. 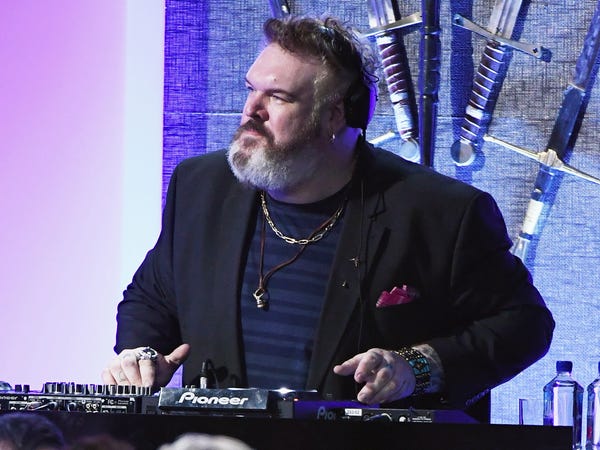 Prior to being cast as Hodor, he was a successful DJ. He has been DJing for the past 20 years and he still plays at venues around the globe.

Before playing Bronn on "Game of Thrones," Jerome Flynn was a musician and TV star. 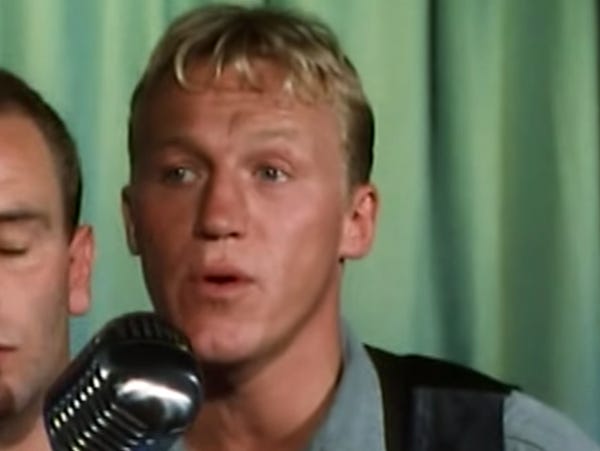 Jerome Flynn starred on the show "Soldier, Soldier" throughout the 1990s.

He also appeared on series like "Badger" and "Between the Lines."

Throughout the early 1990s, Flynn was also half of the music duo Robson and Jerome. The duo, which consisted of Flynn and actor Robson Green, only performed covers of classic songs and have sold millions of copies of their music. They no longer perform together. 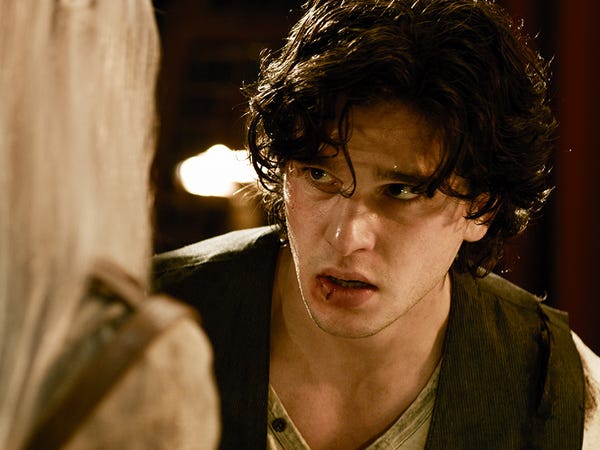 The actor's first film role came a year after "Game of Thrones" aired.

In 2012, Kit Harington appeared a character named Vincent Cooper in the sequel film "Silent Hill: Revelation," which is based on the third installment of the "Silent Hill" video-game series.

While starring on  "Game of Thrones," Harington appeared in an action film called "Pompeii" (2014) and voiced a character in the animated flick "How to Train Your Dragon 2" (2014). 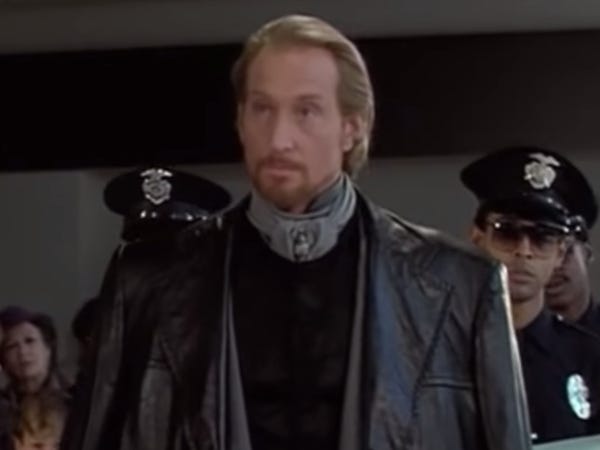 In the 1970s, Charles Dance was part of Royal Shakespeare Company, a major British theater group in the UK.

In the years that followed, Dance landed a role as a henchman in the James Bond film "For Your Eyes Only" (1981), starred opposite Meryl Streep in "Plenty" (1985), and played the protagonist Sardo Numspa in the Eddie Murphy film "The Golden Child" (1986).

In addition to appearing on a number of TV shows, Dance also received a nomination for a British Academy Film Award (BAFTA) for his role in "The Jewel in the Crown" (1984).

Gwendoline Christie, who played Brienne of Tarth, also has a background in theater. 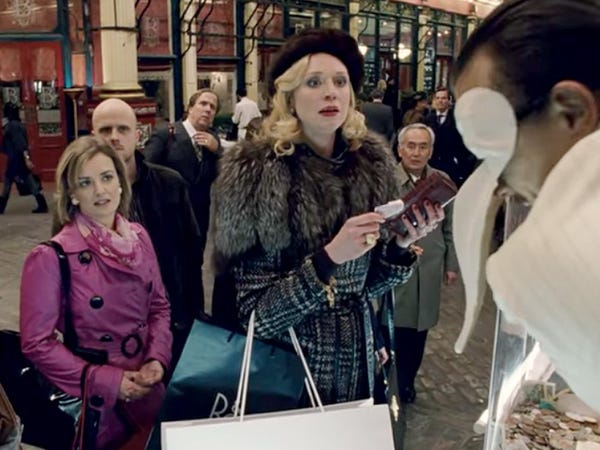 After studying acting at the Drama Centre London, Gwendoline Christie did some theatrical work in England for a few years.

Her feature-film debut was in 2009 as "Classy shopper 2" in Terry Gilliam's fantasy film " The Imaginarium of Doctor Parnassus."

In the early 2010s, she appeared in several short films by the artist Nathaniel Mellors and worked with photographer Polly Borland on a series called "Bunny."

Actress Natalie Dormer played Margaery Tyrell on the series, but that wasn't her first experience with noble houses. 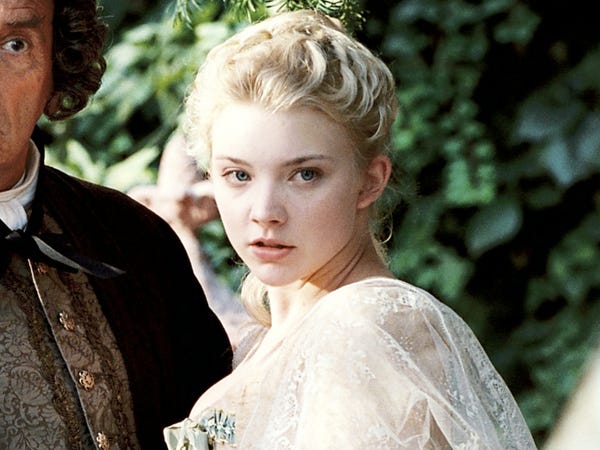 In 2005, Natalie Dormer appeared in the film "Casanova," which starred Heath Ledger and Sienna Miller. 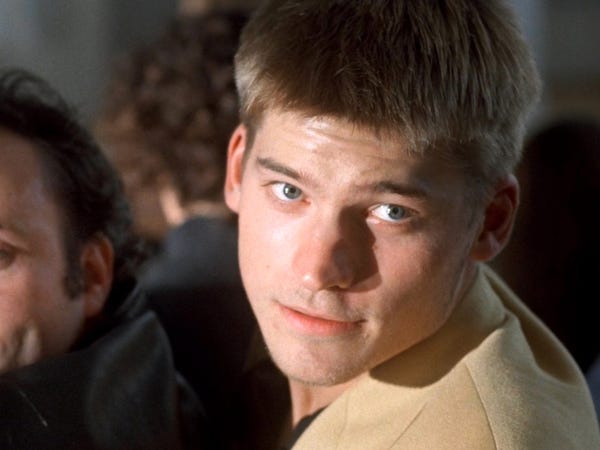 Nikolaj Coster-Waldau made one of his first movie appearances in the 1994 thriller "Nattevagten (Nightwatch)."

In it, he played a law student working the midnight shift in a forensic institute.

Prior to playing Jaime Lannister, the Danish actor appeared in numerous other films and shorts. He even starred on the show "New Amsterdam" in 2008. 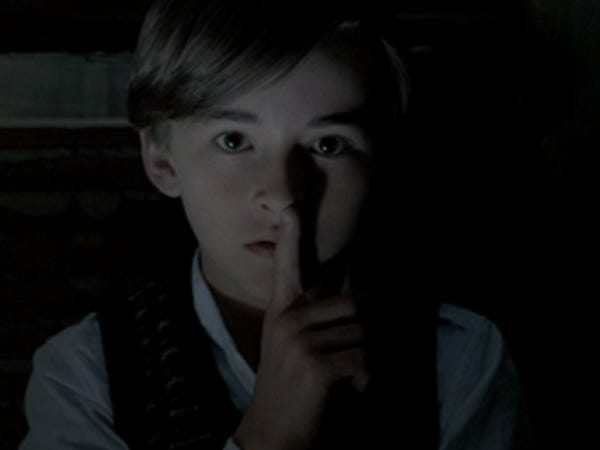 Isaac Hempstead Wright was a preteen when he took on the role of Brandon Stark in 2011.

That same year, he appeared in a supernatural thriller titled "The Awakening," which starred Rebecca Hall and Dominic West.

Before Liam Cunningham played trusted counsel Ser Davos on "Game of Thrones," he had acted in numerous projects. 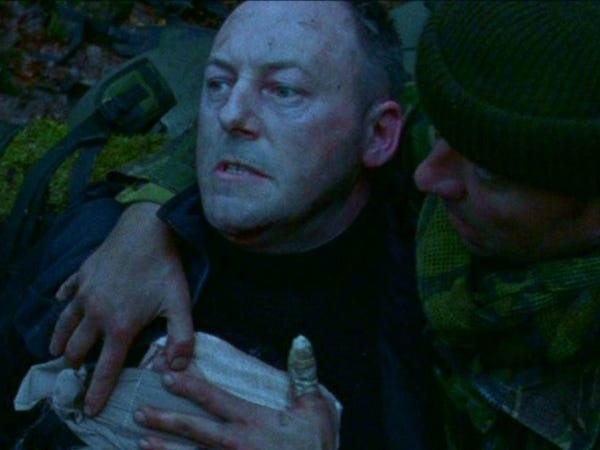 Liam Cunningham's earliest credited role is as a policeman in "Into the West" (1992).

Early in his career, Cunningham found work in several shorts and TV movies before appearing in films like "First Knight" (1995)  and later "Dog Soldiers" (2002).

Before "Game of Thrones," he also appeared on a number of TV shows, like "Murphy's Law" and "The Clinic."

Ever-loyal Jorah Mormont was played by Scottish actor Iain Glen, whose first major role was on the 1988 series "The Fear." 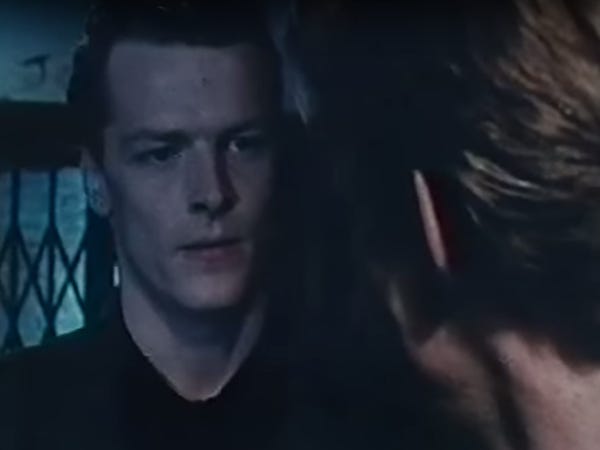 Before "Game of Thrones," Iain Glen appeared in numerous films, including the Oscar-nominated "Gorillas in the Mist" (1988).

He also appeared on TV shows like "Glasgow Kiss" and "Spooks."

Some fans may also remember him from "Lara Croft: Tomb Raider" (2001) and a couple of the "Resident Evil" film sequels.

Before playing Ned Stark on "Game of Thrones," Sean Bean appeared in another famous fantasy series. 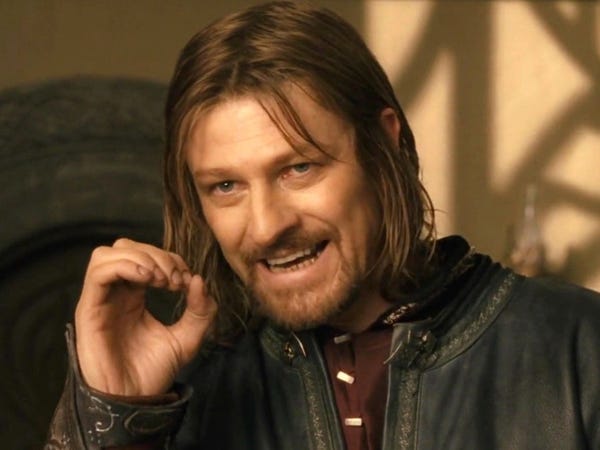 Acting since the mid-1980s, Sean Bean has had a number of memorable roles. He's perhaps best known for playing Boromir in the "Lord of the Rings" films.

But one of his earliest roles was in the 1988 film "Stormy Monday," which also starred Melanie Griffith, Tommy Lee Jones, and Sting.

Rory McCann is best known as Sandor "The Hound" Clegane, but he's been acting for decades. 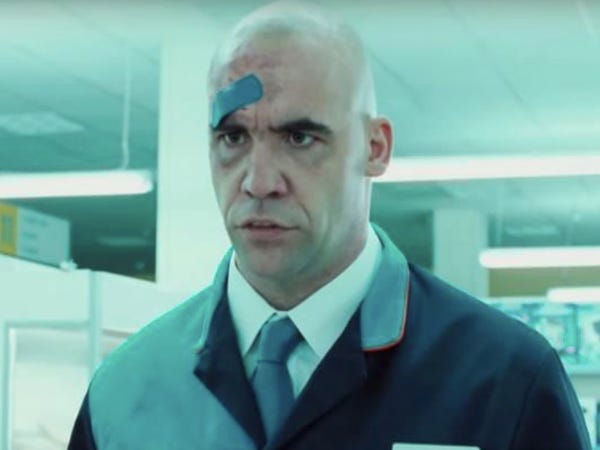 Rory McCann's first role was an uncredited gig in the film "Ratcatcher" (1999).

Throughout the early 2000s, he acted on numerous TV shows (like "The Book Group") and in film dramas, but perhaps his monosyllabic performance in the comedy "Hot Fuzz" (2007) is what some audiences remember most.

Richard Madden, who played Robb Stark, was no stranger to TV shows before he appeared on "Game of Thrones." 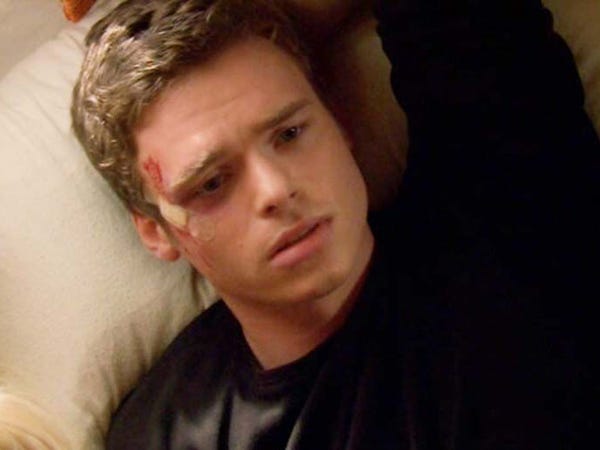 Before appearing on "Game of Thrones," a young Richard Madden had a small role in the thriller "Complicity" (2001), which starred Jonny Lee Miller and Brian Cox.

Throughout the early aughts, Madden also appeared on shows like "Barmy Aunt Boomerang" and "Hope Springs."

Before Michelle Fairley was cast as the Stark matriarch, Catelyn, she appeared in a few other projects. 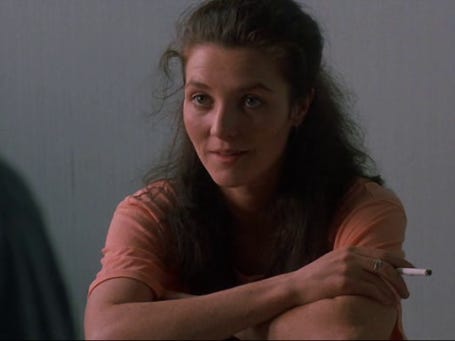 Michelle Fairley's first role was as a cleaner in "Hidden City" back in 1987. Interestingly enough, Charles Dance (who played Tywin Lannister on "Game of Thrones") also appeared in this film.

In 1990, she shared the screen with Frances McDormand and Brad Dourif in the film "Hidden Agenda."

Throughout the 1990s, she became a familiar face on UK television series including "Screen Two" and "Safe and Sound."

Just before appearing on "Game of Thrones," Fairley also played Mrs. Granger in "Harry Potter and the Deathly Hallows" (2010).