Teresa Giudice is absolutely smitten with her new beau, and the proof is in the pictures! The new couple was photographed holding hands and kissing on the streets of New York City over the weekend!

Teresa Giudice is enjoying her new romance with Luis “Louie” Ruelas! The Real Housewives of New Jersey star, 48, who went public with the relationship in early November, was spotted with the 46-year-old entrepreneur over the weekend. The new couple dined at New York City hotspot, 230 Fifth Rooftop Bar, before they hit the streets for a PDA stroll (SEE PHOTOS HERE).

Teresa and Luis, who wore matching face masks amidst the COVID-19 pandemic, shared a few smiling kisses. Other paparazzi photos showed the pair holding hands while chatting and laughing together. Teresa and Luis were dressed to impress for their Big Apple date night. She donned a black blazer with tight pants and thigh-high, maroon boots. Meanwhile, Luis, sported a dark purple suit jacket and black pants. 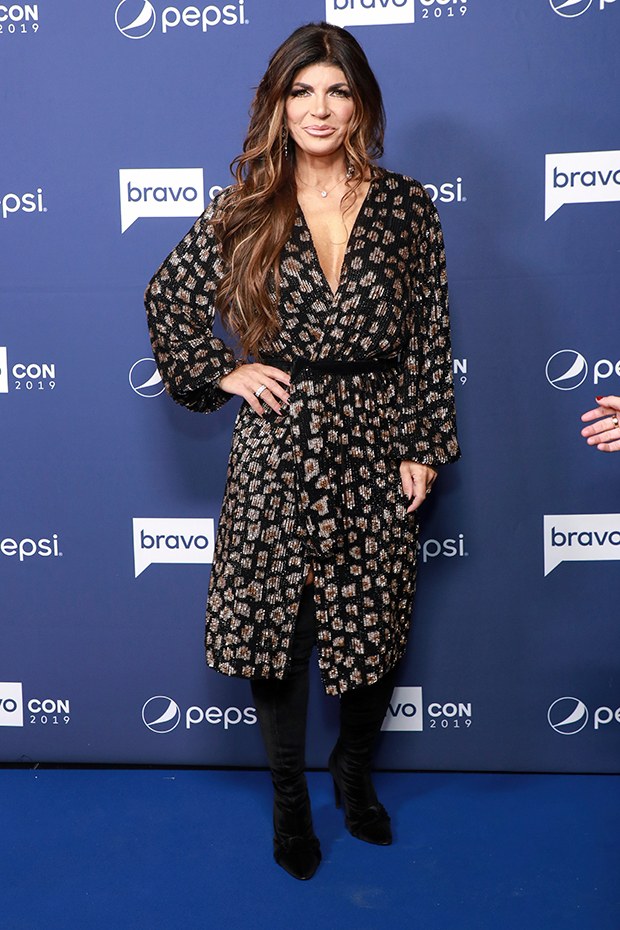 Back in November, HollywoodLife confirmed Teresa’s new romance with the Allendale, New Jersey native. Luis is a businessman, philanthropist and the Co-Founder and Executive Vice President of Business Development of Digital Media Solutions (DMS), according to his company bio. He’s also a single father to two sons, which resonates with Teresa to a certain degree.

Fans of the Bravo star know that Teresa moved on with Luis just two months after her divorce from Joe Giudice was finalized on September 2. The ex-couple, who separated in December of 2019, were married for 20 years and share four daughters together: Gia, 19, Gabriella, 16, Milania, 14, and Audriana, 11. When Joe served his 41-month prison sentence for fraud (in 2016-2018), Teresa was open about the challenges of raising her daughters without their father. Following Joe’s release from Allenwood Low Federal Correctional Institution in Pennsylvania in October 2018, a judge ordered him to be deported to his native Italy, where he currently resides. Their daughters live with Teresa full-time in New Jersey.

Now that Teresa has found herself a new man, those close to her are thrilled about it. “Everyone is really happy for Teresa — her daughters included,” a source close to the RHONJ star told HollywoodLife, exclusively. “Her girls have met him and like him and so has the rest of her family. They all want to see Teresa happy and this guy is making her happy so they approve,” the insider revealed.