Susanna Reid, 48, got candid about returning to Good Morning Britain following a long summer break. The presenter, who will be back in the ITV studio with Piers Morgan, 54, tomorrow, revealed how she’s feeling about going back to work on Twitter and Instagram. Susanna initially took to Instagram to share a makeup-free photo with her 402,000 followers. The journalist showed off her natural beauty in the snap as she beamed for the camera.

Back to work tomorrow. See you at 6am.

Susanna was pictured wearing a simple grey T-shirt as she gently rested her face on her hand in a relaxed pose.

She captioned the picture: “End of the summer break…. Back to work tomorrow. See you at 6am.”

Several of the GMB host’s ITV colleagues shared their thoughts about her return in the comments section, including This Morning favourite Ruth Langsford, 59, who sweetly replied: “Missed you! X.”

Susanna then shared another aspect of her preparations for the programme in view of her 602,000 Twitter followers. 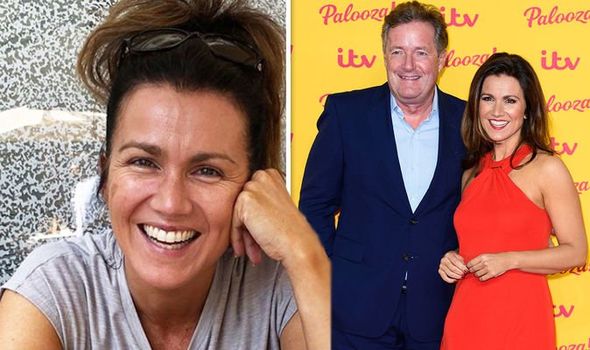 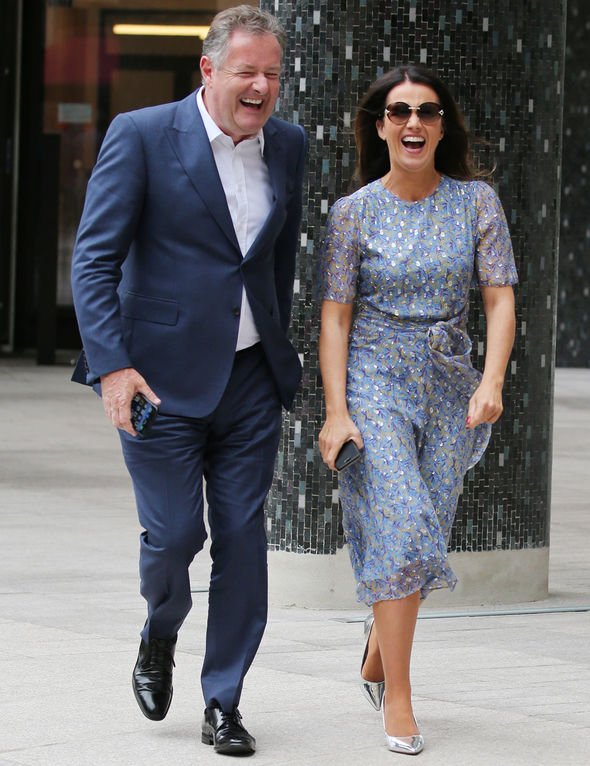 The brunette beauty shared a picture of the alarm clock on her phone, which was set for 3:50am.

Addressing the incredibly early start, Susanna tweeted: “Oh 3.50am how I have missed you.”

Fans were quick to comment on the presenter’s revelation about her alarm, with one person writing: “Honestly, how do you do it?”

Another viewer joked: “Oh well at least you get to see Piers again. Oh wait that probably made you feel worse. Sorry.”

“Isn’t @piersmorgan worth it though?”, a third fan suggested. 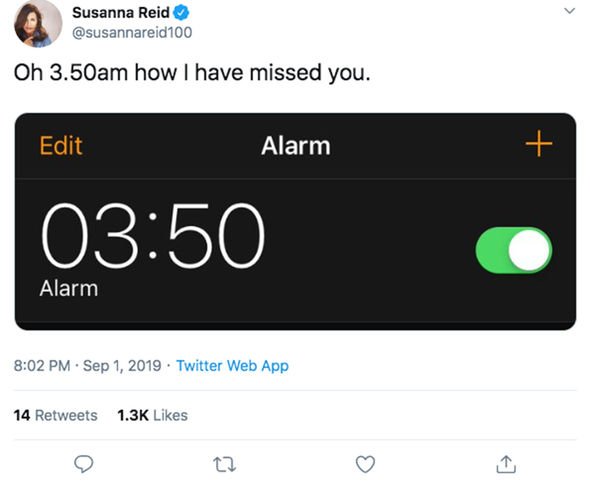 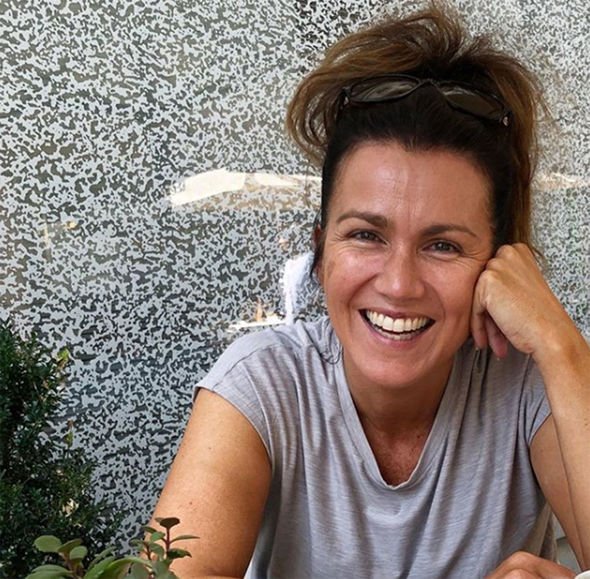 The presenter admitted she was “looking forward” to going back to work as her team Crystal Palace are currently sitting in fourth place just above Piers’ team Arsenal, who are fifth in the rankings.

Posting a screenshot of the table on Twitter, Susanna added the caption: “Looking forward to going back to work tomorrow… @gmb 6am.”

Piers seemed unimpressed with Susanna’s mocking remark, as he simply replied: “Christ,” alongside a see no evil monkey emoji.

Susanna’s posts about Good Morning Britain come after Piers spoke out on the ITV show’s new list of rules issued by Charlotte Hawkins.

Good Morning Britain airs tomorrow at 6am on ITV.