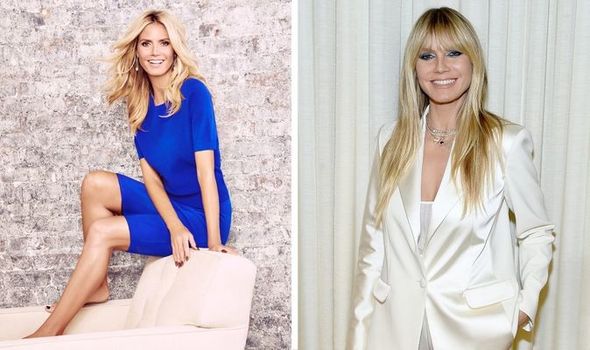 We will use your email address only for sending you newsletters. Please see our Privacy Notice for details of your data protection rights.This article contains affiliate links, we may receive a commission on any sales we generate from it. Learn more

“I don’t fit in my favourite jeans any more,” exclaims Heidi Klum when we catch up with her recently. (For anyone wanting the evidence, she posted a snap on Instagram demonstrating this.) “I’ve eaten a little more and exercised a little less than I normally would, so I’ll have to step it up to fit back into them. Or I just have to get a bigger pair – and I’m fine with that as well,” she admits.

Heidi has had to deal with another challenge many parents can relate to – how to entertain children at home.

She has four children, aged between 10 and 16, with her ex-husband, Seal.

One activity they’ve been doing as a family is growing vegetables, although Heidi hints this might soon lose its novelty.

“The kids are getting tired of eating squash now,” she reveals.

But what the German model has missed most over the last few months is close interaction with friends, she says.

“I miss being able to hug people you love when you see them.”

At the time of writing, Los Angeles, where Heidi lives with her husband, musician Tom Kaulitz, is currently under stricter lockdown measures after a surge in new cases of coronavirus. 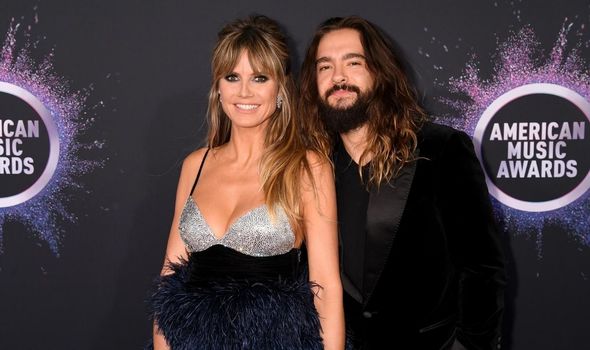 In fact, the only reason she has left her house in recent months is to film America’s Got Talent – a show she’s been a member of the judging panel for since 2013 – all filmed following social distancing rules, of course.

She calls her TV work, which includes Project Runway, Germany’s Next Top Model and new series Making The Cut, a new chapter in her life following on from her successful career as a model.

After winning a modelling contest at the age of 18 in 1992, the ensuing decades saw Heidi become one of the world’s highest-earning supermodels and landing plum jobs such as Sports Illustrated shoots, Vogue covers and Victoria’s Secret catwalk shows. 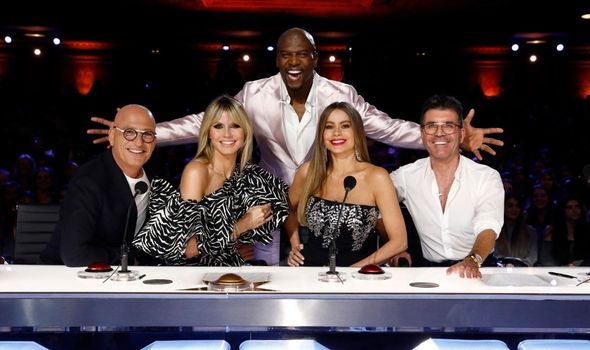 But the 47-year-old hasn’t always had her pick of the work, she confesses.

“When I started modelling I wanted to be in the fashion shows in Milan and London, but I was always told I was too curvy, my boobs and hips were too big.

“I never got any runway jobs.”

However, she believes the fashion industry is currently undergoing a long-overdue change and is moving away from this “one size fits all” attitude to modelling and starting to embrace all types of women.

She firmly believes everyone should love what they see in the mirror.

“Don’t compare yourself to other people,” she advises.

“If social media is making that hard, step away from it for a little bit.

“I also think that having a healthy relationship with food can help your self-esteem.

“For example, if I eat bad things I’ll feel sluggish and then I don’t want to do anything. But if I’ve had a good meal I feel fuelled and charged and I feel better about myself.” 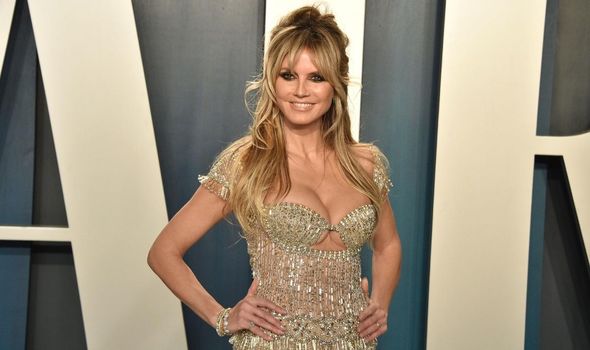 Despite the situation with her jeans, it’s clear Heidi has a healthy lifestyle.

“My whole diet changed when I started modelling, when I understood that my mum’s cooking was not really working for the kind of profession that I wanted to be in,” she explains.

“I don’t follow a diet in the old-fashioned sense, which means cutting out this and that, but my family and I always eat healthy, home-cooked food.”

With her long, tanned limbs and glowing skin she looks the very picture of health, so it’s no surprise she became an ambassador for supplements brand Perfectil in 2018 – despite the fact that taking vitamins had not been a regular part of her routine before then.

“Because I had always eaten healthily, I had never really thought about taking vitamins, apart from when I was pregnant,” she says.

“But then I thought I’m not that young anymore so I’m going to give it a go.”

She quickly noticed a difference, especially to her hair.

“I’ve been going blonder and blonder over the years, which means my hair requires extra care.

“Now, even though my hair is bleached and styled a lot, it doesn’t snap off and it feels strong and healthy.”

The brand offers supplements for hair, nails or skin, but Heidi opts for Perfectil Original, which gives extra nourishment to all three.

“Perfectil’s not a replacement for eating healthily, but for me it’s a great add on.”

When it comes to what she puts on the outside, Heidi believes the more natural the better, despite having her pick of the world’s top beauty brands.

She favours Dr Hauschka and Weleda, and lathers herself in coconut oil, especially during LA heatwaves. 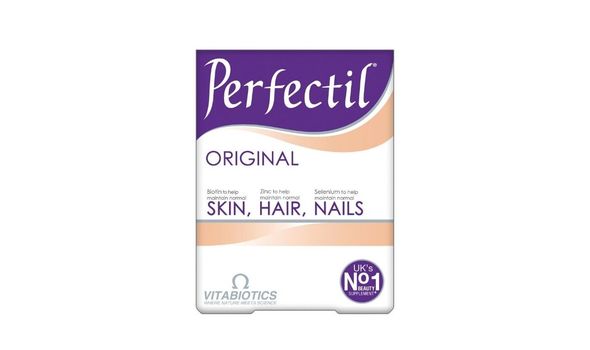 There’s a surprising bargain product she swears by, too.

“Many moons ago I had a stye in my eye and the doctor told me to wash my face with Johnson’s Baby Shampoo.

“I still clean my face with it twice a day.”

Heidi’s typical glam look usually involves tousled hair, smoky eyes and nude lips, but on one night each year she spends ages in the make-up chair – and with very different results. Halloween.

Heidi’s fright night costumes are legendary, with her undergoing impressive hair, make-up and prosthetics makeovers to transform herself into characters like Jessica Rabbit, Princess Fiona from Shrek and the werewolf from Michael Jackson’s Thriller video.

Does she have a favourite?

“The year when I turned into an elderly version of myself [2013].

“It was around the time I turned 40 and people were wondering how long I would carry on modelling.

“Most of the time at Halloween I’m being someone else, but turning into a future me was pretty trippy,” she laughs. 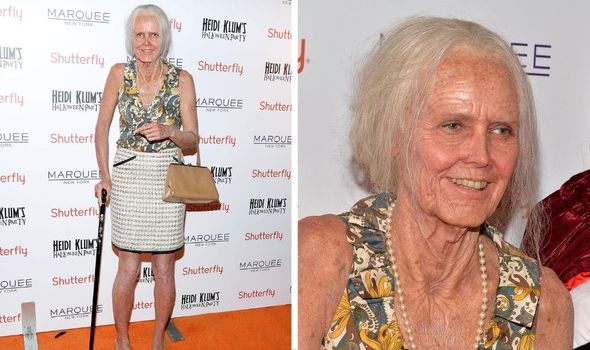 Whether or not this was an accurate vision of what the future holds for the model remains to be seen, but for now, despite the current turmoil in the world, Heidi is very happy with her lot.

“I’m very thankful that I’m healthy and that I have a job. You just have to roll with it.”