Steph McGovern recalled a time when a good friend of hers discovered something shocking in her Manchester flat when she had just moved to the area. The journalist spoke out about her revelation on her podcast, Not Bad for a Monday.

It was only a little flat but I just don’t do kitchens very well.

The former BBC Breakfast star revealed why people shouldn’t be that surprised she doesn’t “do much cooking” as she was chatting to her co-star Claire and producer Geoff about her friend’s discovery on her podcast this week.

She opened up to her listeners about the time where one of her friends had come to stay when she first moved to Manchester.

Steph revealed: “When I first moved to Manchester, in my flat, I was hardly there because I was travelling all the time.”

“One of my mates came to stay and she said to me, ‘Where are your dishwasher tablets?’ and I was like, I don’t have a dishwasher,” she continued. 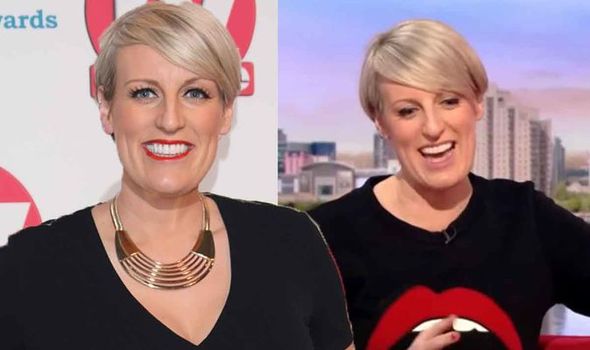 Steph added: “She opened her cupboard I never opened before and in it was a dishwasher.”

Claire responded in shock and said to Steph: “No way,” while the presenter admitted to her listeners: “I was like shows how much cooking I don’t do.”

Soon after her revelation, the former BBC Breakfast host said: “It was only a little flat but I just don’t do kitchens very well.”

Steph’s producer Geoff went on to recall a time where Steph found difficulty in making some soup while she was at his house.

He said: “I remember you coming round to ours once. We got some soup and you didn’t know how to use the cooker!”

“I don’t think you’ve ever cooked for me”, Claire continued, and Steph admitted that she hadn’t.

The presenter continued: “You always make me a cracking lasagne and do nothing for you. I’m a disappointment.”

The Not Bad for a Monday co-host also advised Steph to get into cooking as she said: “You need to get yourself on some courses.”

Joking with her friends, Steph went on to say: “Why though? When I have brilliant friends like you guys that make stuff for me.”

Earlier on in the podcast, the BBC presenter responded to a listener who had sent one of their stories into the show.

Steph explained her story to their listeners as she said: “Many years ago, we had a new young woman starting to work for us, she was asked by the office admin boss to fill and run the dishwasher in the staff tearoom, which she did.

“Over an hour later, I came across the admin boss and three of us trying to shovel foam out of the staffroom window. She never used or seen a dishwasher before, and didn’t realise what Fairy liquid detergent would do.”

Steph added: “That sounds brilliant. Like a foam party.”