While Loose Women panelist Stacey Solomon, 30, decided to give her fans an update on Instagram today, her boyfriend Joe Swash, 38, was looking distracted after her hair got in the way. The Dancing On Ice 2020 champion ended up apologising to the former X Factor star after being caught out on camera.

It comes after Stacey decided to talk to her fans after returning home from dropping off her sons Zachary, 12, and Leighton, eight, at school.

In the first video, she explained she and Joe will be “free” for a couple of hours, once they have got their one-year-old son Rex down to sleep.

In view of her 3.7 million followers, Stacey captioned the video with: “School run done. Just got to get the pickle down for his nap and we are free.”

Joe was sitting behind Stacey on camera, as she divulged: “School run done! Wooo!” 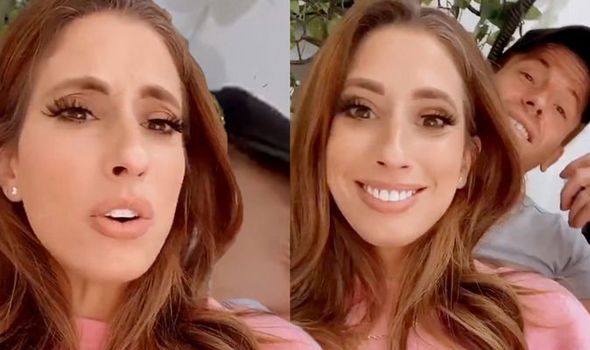 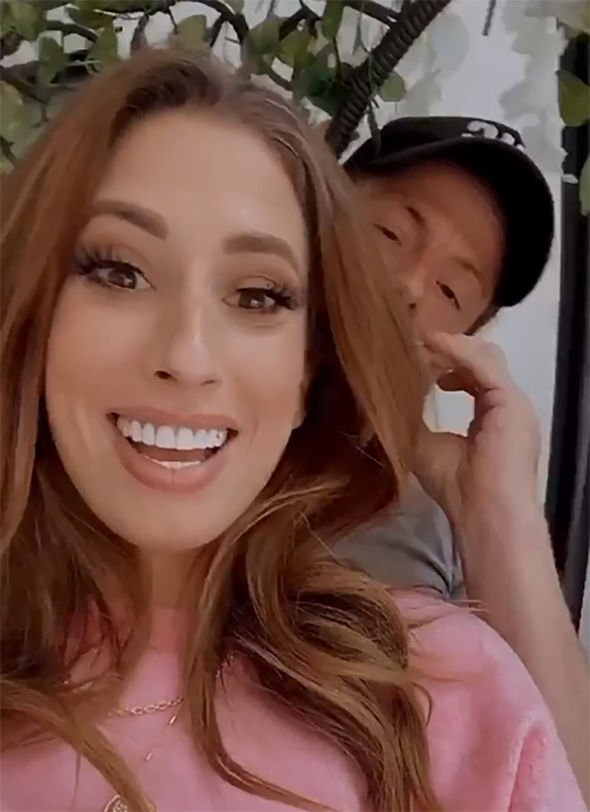 She added: “Just got to get the pickle down now and then it’s just us.”

Joe, who was playing around in the background with a dummy in his mouth, could be seen itching his face before Stacey directly said: “Oh yeah, don’t look too excited.”

The skating champ then apologised: “I’m sorry. I’m just trying to get your hair out of my mouth!” 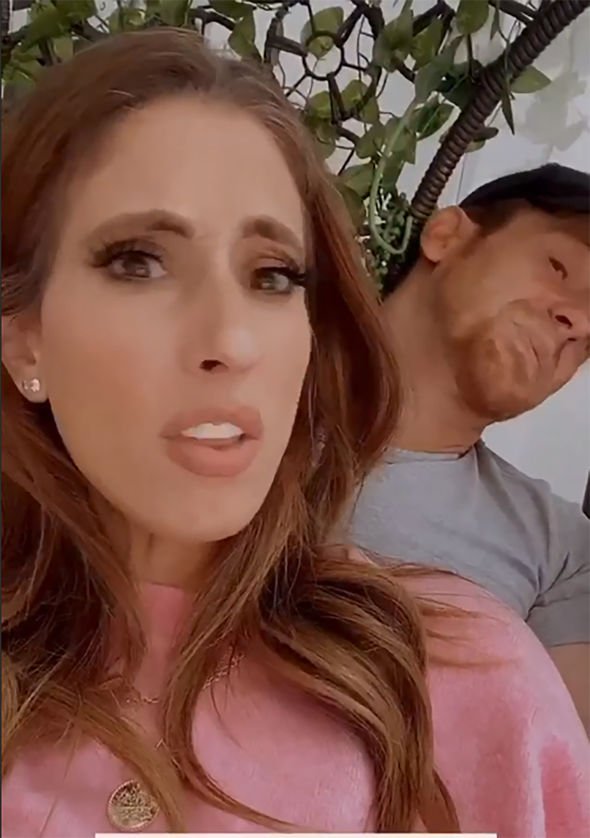 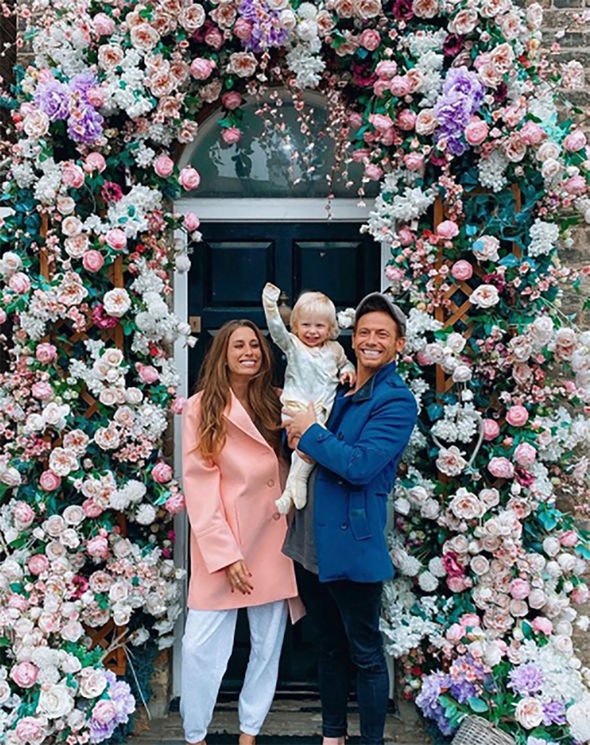 Joe then cheekily remarked: “No you didn’t. She doesn’t guys, unfortunately.”

In another video, Stacey explained: “I’ve got a full face of make-up on because I’m doing Loose Women from home later, so I thought I’ll just do my make up now so I don’t have to worry about it.”

However, the actor continued to flinch and pulled away from Stacey.

Calling him out on his reaction, the mother-of-three declared: “Oh, it’s not that bad!”

It comes after Stacey made an impromptu purchase yesterday and told fans she didn’t know what she was thinking over her buy.

Following a shopping spree, Stacey held up a beret and admitted: “Something strange came over me.

“I thought I was cool so I bought this beret. I don’t know what I was thinking.”

She asked her fans: “How do people pull these off?”

After Stacey received advice on how to wear the accessory from some of her followers, she responded: “You all said to tilt it forward which is much better THANK YOU but I still think maybe berets aren’t for me.”

Joe and Stacey, who have been in a relationship since 2016, welcomed their first baby together, Rex, one, in May last year.

The ITV presenter shares her eldest, Zachary, 12, with her ex Dean Cox, and Leighton, eight, with her ex Aaron Barham.