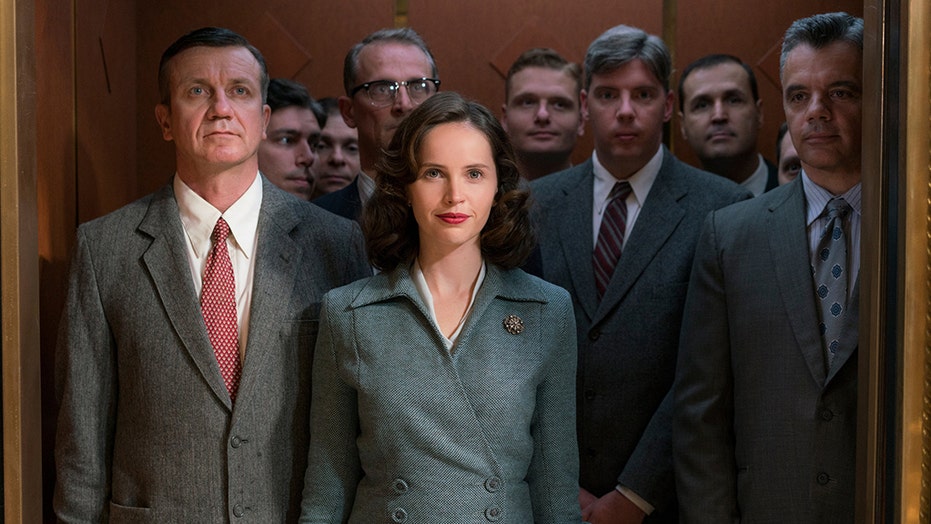 In the wake of Ruth Bader Ginsburg’s death, movies about her life are coming back to theaters to raise money for the American Civil Liberties Union Foundation.

Focus Features and Magnolia Pictures announced they’ve worked together to bring the 2018 films “On the Basis of Sex” and the documentary “RBG” to 1,000 theaters across the country this weekend. In addition, the movies will be available on-demand, with all proceeds going to the ACLU Foundation, supporting the Women’s Rights Project, which Ginsburg co-founded in 1972.

“Justice Ginsburg spent her life upholding fairness, the law, and the rights of all Americans. These films highlight only a small portion of her legacy to screen, but her vast impact on our country goes far beyond them. We hope that moviegoers are re-inspired by her passion, her courage and take that back into the world," the two studios said in a joint statement, according to People.

“On the Basis of Sex” stars Felicity Jones and Armie Hammer as Ginsburg and her husband, Martin, respectively. It follows her journey as a young lawyer fighting for equal rights for women using the love story between her and her future husband as a backdrop to the story.

The outlet reports that Felicity Jones issued a statement shortly after Ginsburg’s death calling her an “extraordinary human being.” 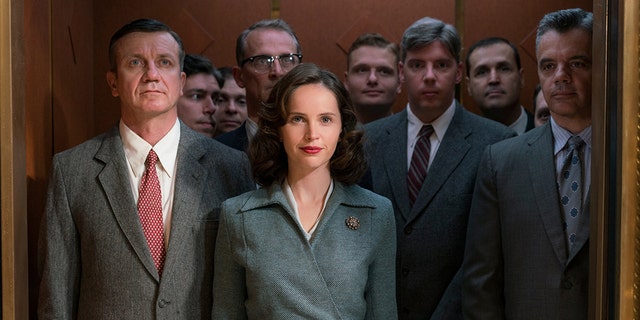 In this image released by Focus Features, Felicity Jones portrays Ruth Bader Ginsburg in a scene from "On the Basis of Sex."
(Jonathan Wenk/Focus Features via AP)

"Ruth Bader Ginsburg gave us hope, a public figure who stood for integrity and justice – a responsibility she did not wear lightly," Jones shared. "She will be missed not only as a beacon of light in these difficult times but for her razor-sharp wit and extraordinary humanity. She taught us all so much. I will miss her deeply."

The documentary, meanwhile, outlines Ginsburg’s life from her Harvard Law studies to her ultimate ascension to the U.S. Supreme Court.

Ginsburg died last week at age 87 from complications surrounding metastatic pancreatic cancer. The late Supreme Court justice, who spent more than two decades on the bench in the highest court of the land, is survived by her two children, Jane Carol and James Steven Ginsburg.