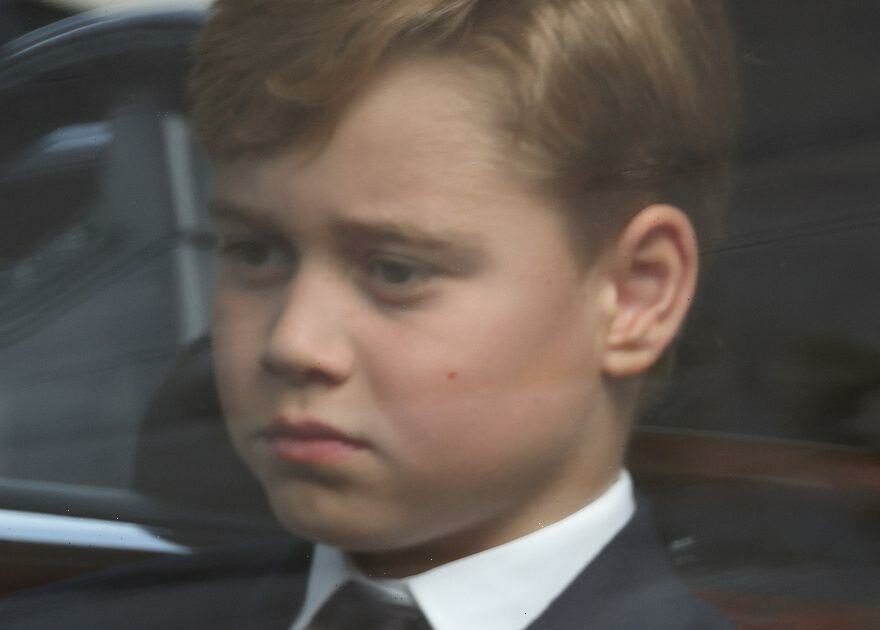 Prince George is said to be starting to understand the importance of the Queen's role, his mother the Princess of Wales revealed.

Prince George, along with sister Charlotte, played an important part in the Queen's emotional State Funeral on Monday as he walked behind her coffin alongside other members of his family.

Kate is said to have spoken to Australia's Governor General in the days leading up to the historic event where she revealed how her children were coming to terms with the loss of their beloved grandmother.

David Hurley recalled his conversation with Kate, saying she revealed her eldest son is "sort of now realising how important his great-grandmother was and what is going on."

He explained that Kate told him that four-year-old Prince Louis, who didn't attend the funeral, understands less about the Queen's death, as he recalled the family's annual visits to Balmoral.

"The younger one is now asking questions like, 'do you think we can still play these games when we go to Balmoral" and things like that, because she's not going to be there'", Mr Hurley added.

The future King, Prince George, and his sister, Princess Charlotte, remained impeccably behaved through a long and solemn day on Monday as they bid farewell to their beloved “Gan Gan”.

The royal siblings, great grandchildren of the Queen, were among 2,000 guests at her state funeral and were the youngest members of the royal family to follow the Queen’s coffin through Westminster Abbey.

They also attended the committal service in St George’s Chapel at Windsor Castle later in the afternoon.

At Westminster Abbey, George, nine, and Princess Charlotte, seven, walked behind the Queen’s coffin as part of a solemn procession before hundreds of guests in the gothic church and watched from afar by a huge international TV audience.

As the young royals followed their great grandmother’s coffin, flanked by their parents, the Prince and Princess of Wales, Charlotte held her hands clasped in front of her, while George had his arms by his side.

The foursome walked a little behind the King, Charles, and Camilla, Queen Consort, and ahead of the Duke and Duchess of Sussex.

The young royals had arrived earlier in a car with Camilla and their mother, Kate.

George was dressed in a dark navy suit and black tie, while Charlotte wore a black coat dress with pleats at the back and a small silver horseshoe pinned on the front, black tights and a hat with a ribbon tied at the back.

Ahead of the service, the Princess of Wales could be seen holding Charlotte’s hand, and giving her a reassuring touch on the shoulder.