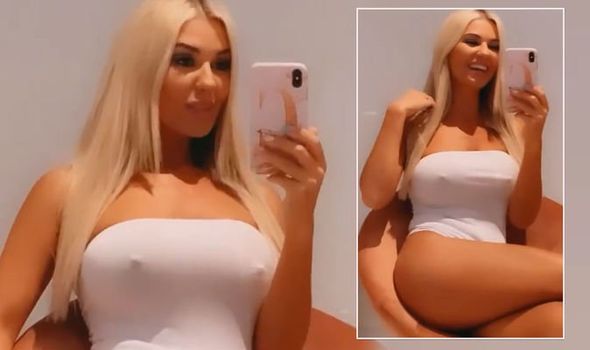 Christine McGuinness, the wife of Top Gear presenter Paddy McGuiness, left very little to the imagination in her latest social media snaps. Much to the delight of her fans, the 32-year-old model stripped off to showcase her sensational figure in a strapless white bodysuit on Instagram, which gave fans a glimpse of her nipples.

The Real housewives of Cheshire star took to the picture-sharing site on Tuesday to share some smouldering images of herself in sexy lingerie with her 462,000 followers.

Christine videoed herself sitting on a chair in the revealing number as she played the 1993 track Tease Me by Chaka Demus and Pliers.

The blonde beauty wore her long tresses loose in a straight style and enhanced her good looks with glamourous make-up.

The model’s stunning figure was on full display in the footage and her nipples were clearly visible through the thin material of her outfit. 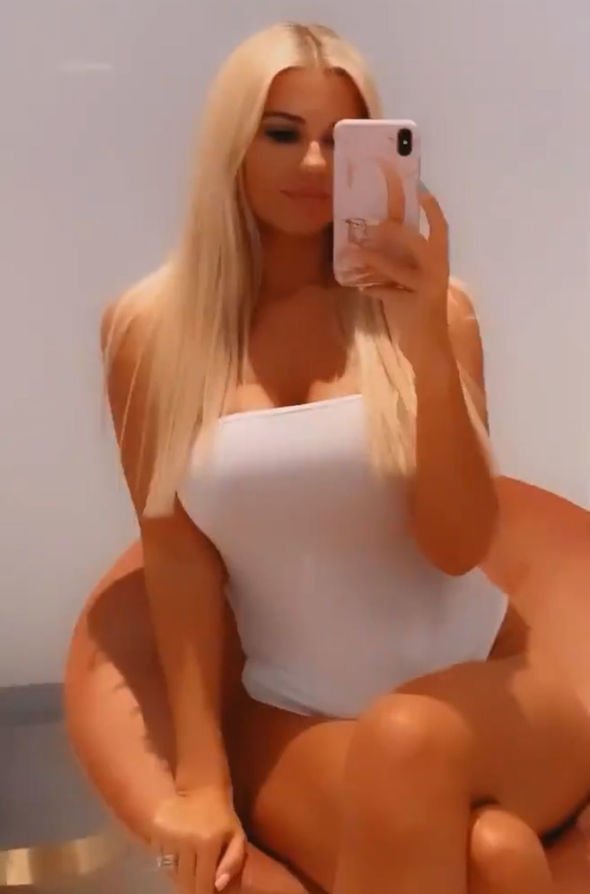 In addition, Paddy’s wife put on a leggy display in the high-cut number, which drew attention to her tanned and toned pins.

Talking directly to her fans, via her Instagram story, Christine explained her short absence from Instagram after fans asked why she had not posted anything on the site during the day.

When asked by her followers if she had taken a break from social media, the mum-of-three said she had just been too busy to post, adding that it was nice to be missed.

She said: “I’ve pretty much spent the whole of today here. I’ve had loads of messages asking me if I’m doing a social media silence.” 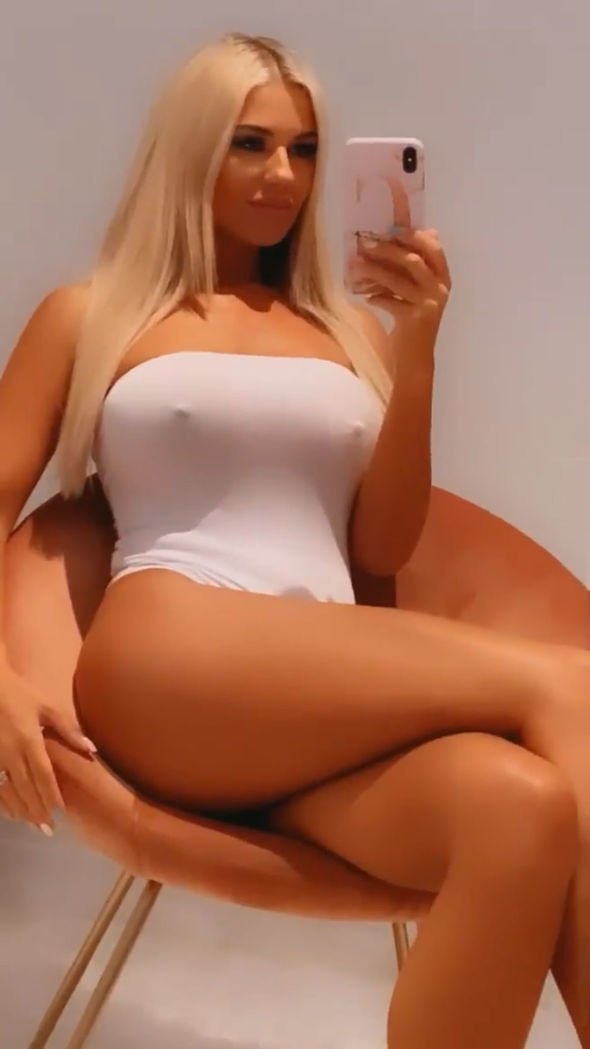 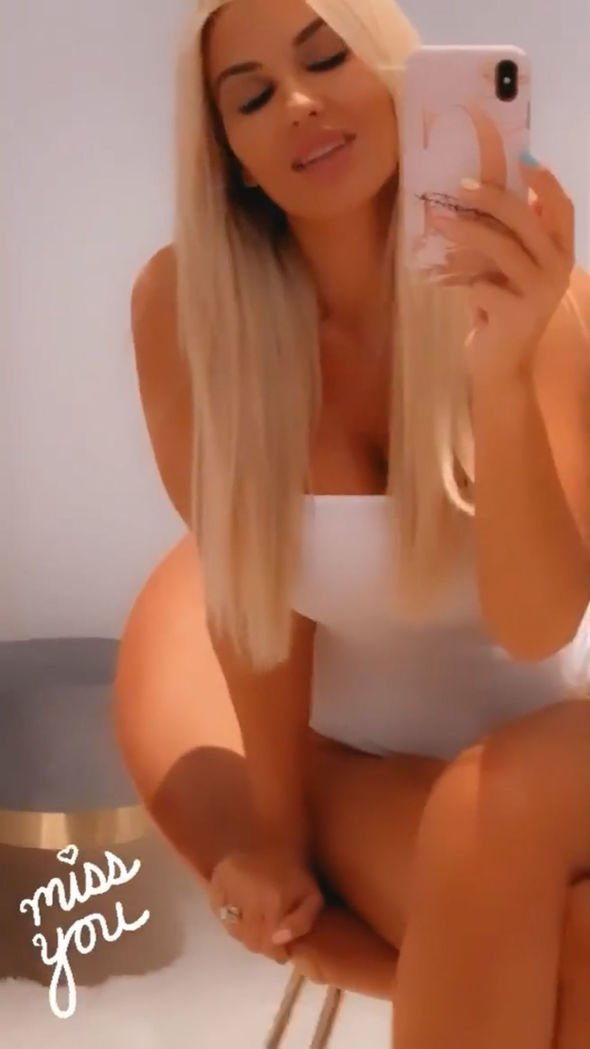 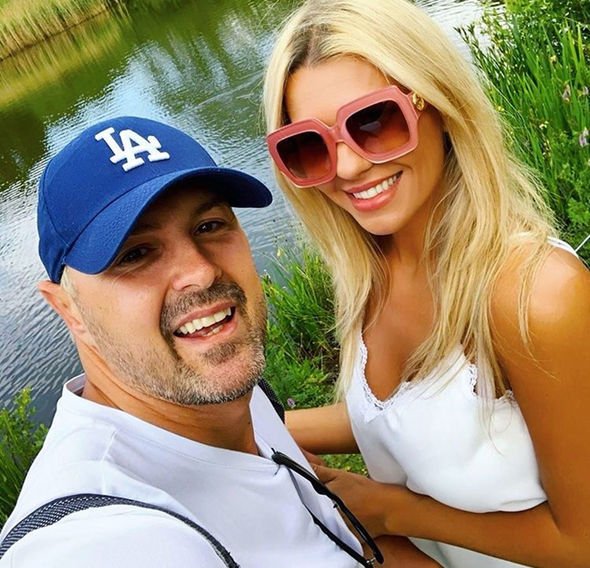 The social media star signed off: “I hope you are all good. It’s nice to be missed for a day.”

Christine, who is no stranger to sharing smouldering snaps online, has been married to the 46-year-old Top Gear presenter for nine years.

The couple share three children together – twins Penelope and Leo, who were born in 2013, and a daughter named Felicity, who was born three years later.