Standing together! Odell Beckham Jr., Patrick Mahomes and more NFL players united against racism in a powerful video and demanded support from their organization.

“It’s been 10 days since George Floyd was brutally murdered,” Michael Thomas began the message, which was shared by multiple athletes on Thursday, June 4, and referenced the death of Floyd last month. “How many times do we need to ask you to listen to your players?” Tyrann Mathieu continued.

DeAndre Hopkins and Jarvis Landry leant their voices to ask, “What will it take? For one of us to be brutally murdered by police brutality?”

“What if I was George Floyd?” Saquon Barkley chimed in before more black NFL stars came on screen and echoed the statement.

A series of athletes from teams including Houston Texans’ Deshaun Watson, Green Bay Packers’ Davante Adams and New England Patriots’ Stephon Gilmore, then added their faces to the cause, identifying as the many black people who have been killed and need justice in the U.S.

The stars stated, “I am George Floyd. I am Breonna Taylor. I am Ahmaud Arbery.” They brought attention to other victims of violence, saying, “I am Eric Garner. I am Laquan McDonald. I am Tamir Rice.”

The group, which included Chase Young, Beckham, 27, and Mahomes, 24, reminded viewers of Trayvon Martin, Walter Scott, Michael Brown Jr. and more, before one player stated, “we will not be silenced.” 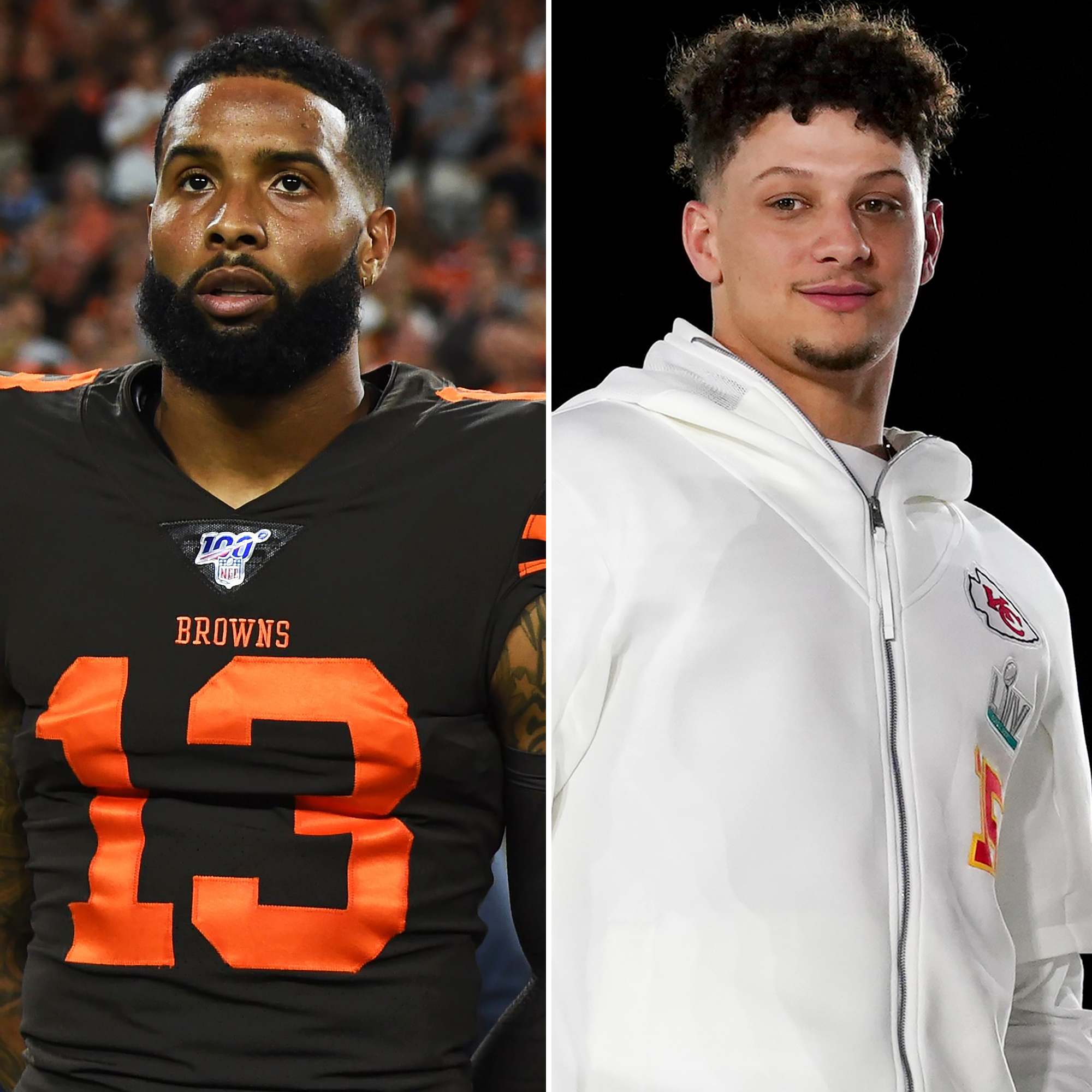 “We assert our right to peacefully protest,” another player explained. “It shouldn’t take this long to admit.”

The group of footballers then called for action from the National Football League to fight back against racism and admit their past wrongs.

The video came days after New Orleans Saints quarterback Drew Brees received backlash for disagreeing with peacefully kneeling to protest police brutality during NFL games. The 41-year-old athlete said that he will “never agree with anybody disrespecting the flag,” but later apologized.

Former NFL star Victor Cruz told Us Weekly on Thursday that he thought Brees’ comments were “saddening,” but he is pleased that he took ownership and apologized.

“I read his apology this morning and I respect it,” the former New England Patriots player, 33, told Us. “I’m thankful that he actually mentioned the black community and what side he’s actually on. And I respect that, but I feel that the damage is already done. His true colors has already been exposed.”

The controversy happened amid protests for justice and equality for the black community following Floyd’s death after officer Derek Chauvin pressed his knee into his neck for nearly nine minutes on May 25.