When it comes to Parks and Rec, it’s rare that you can make it through an episode without laughing. The cast is packed full of outlandish characters that are all funny in unique ways. Whether it’s the awkward abrasiveness of Leslie Knope or the gruff reticence of Ron Swanson, there’s something humorous for every Parks and Rec fan no matter what your particular brand of humor is. 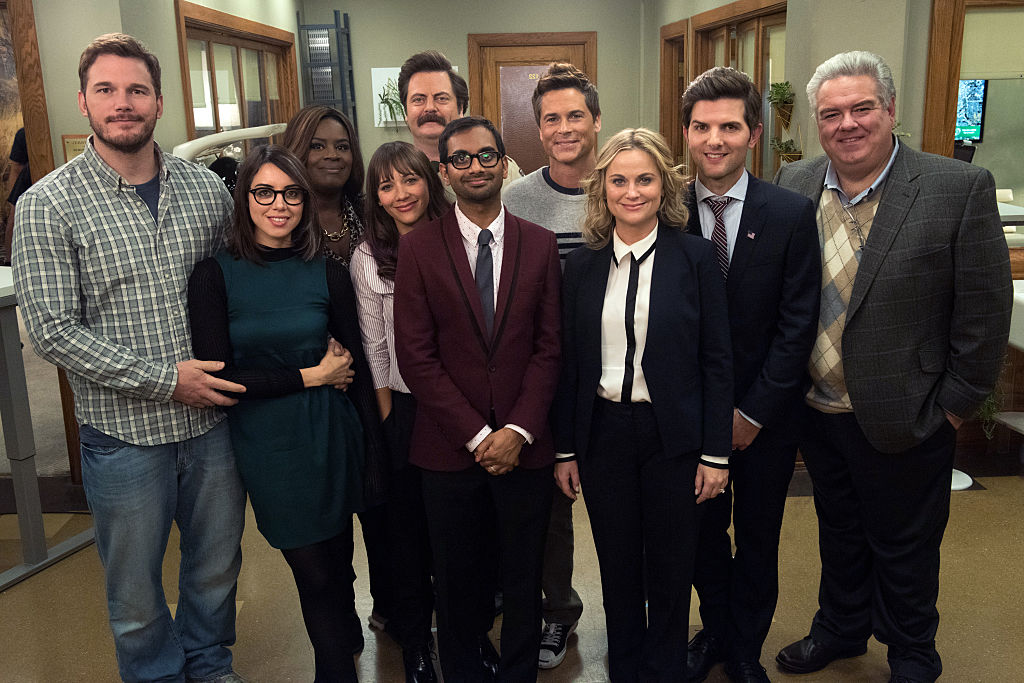 But, as hard as it is for fans of Parks and Rec to not laugh at the show, it was even more difficult for the cast. The actors who played the dynamic characters were given a lot of leeway to explore different types of humor. In fact, they were often given the opportunity to take risks and improvise moments in a scene. In the show’s seven seasons, there were multiple instances where actors deviated from the script and made something up on the spot.

The ‘Parks and Rec’ cast was allowed to improvise

One Parks and Rec cast member who was especially good at improvising is Amy Poehler, who famously played Leslie Knope. As Poehler studied at one of the best and well-known improv schools in the country, Second City Chicago, she was constantly coming up with new things to throw at her fellow actors.

WOW. Thanks to everyone who watched the @nbcparksandrec special and donated ! We raised 3 MILLION DOLLARS for @feedingamerica 🙏🏽🙏🏽🙏🏽 link in my bio to watch full episode and donate, because we’re gonna continue raising money for the next 20 days ❤️ #parksandrec

RELATED: ‘The Office’: Was The Iconic Show Scripted or Improvised?

Because of all the hilarious scenes and improvised moments, there were times when actors would break character. Diehard Parks and Rec fans have likely seen quite a few of these moments thanks to bloopers. But, how did the cast manage to stay in character more often than not, particularly when the show is so hilarious?

How Nick Offerman got through the really funny scenes

In an interview with The Hollywood Reporter, Nick Offerman revealed that he had a secret trick that he used to keep from laughing. According to the successful actor, whenever he had a particularly funny scene with his fellow Parks and Rec cast members, he pretended to be annoyed by them. That way, he could stay focused on the scene and limit the number of times he broke character.

“I pretend I’m annoyed by how funny they are. Your brother or sister could be the most fantastic person in the whole world, but if they are being hilarious and everyone loves them, you can think, ‘Oh, God, barf.’ So I try to put myself in that headspace – ‘Oh, America loves you. You’re so funny’ and try to be annoyed by how talented they are,” the Parks and Rec alum confessed.

How theatre helped Offerman to become the perfect Ron Swanson

Offerman also learned to be a creative and strategic thinker/improver from the time he spent as a theater actor. “The biggest lesson I’ve learned is that there is absolutely no better training ground than the theater. And the most important thing I learned from working SAG jobs is simply … patience. If you’re an original thinker, you are going get told no a lot, and you have to be able to hear no many times from the bankers and trust that at some point, someone is going to recognize that you are an artist and not a can of soda,” Offerman shared.

Clearly, Offerman’s unique technique worked well for him. We’d be interested to know how other members of the Parks and Rec cast managed to keep it together whenever they were shooting funny scenes.