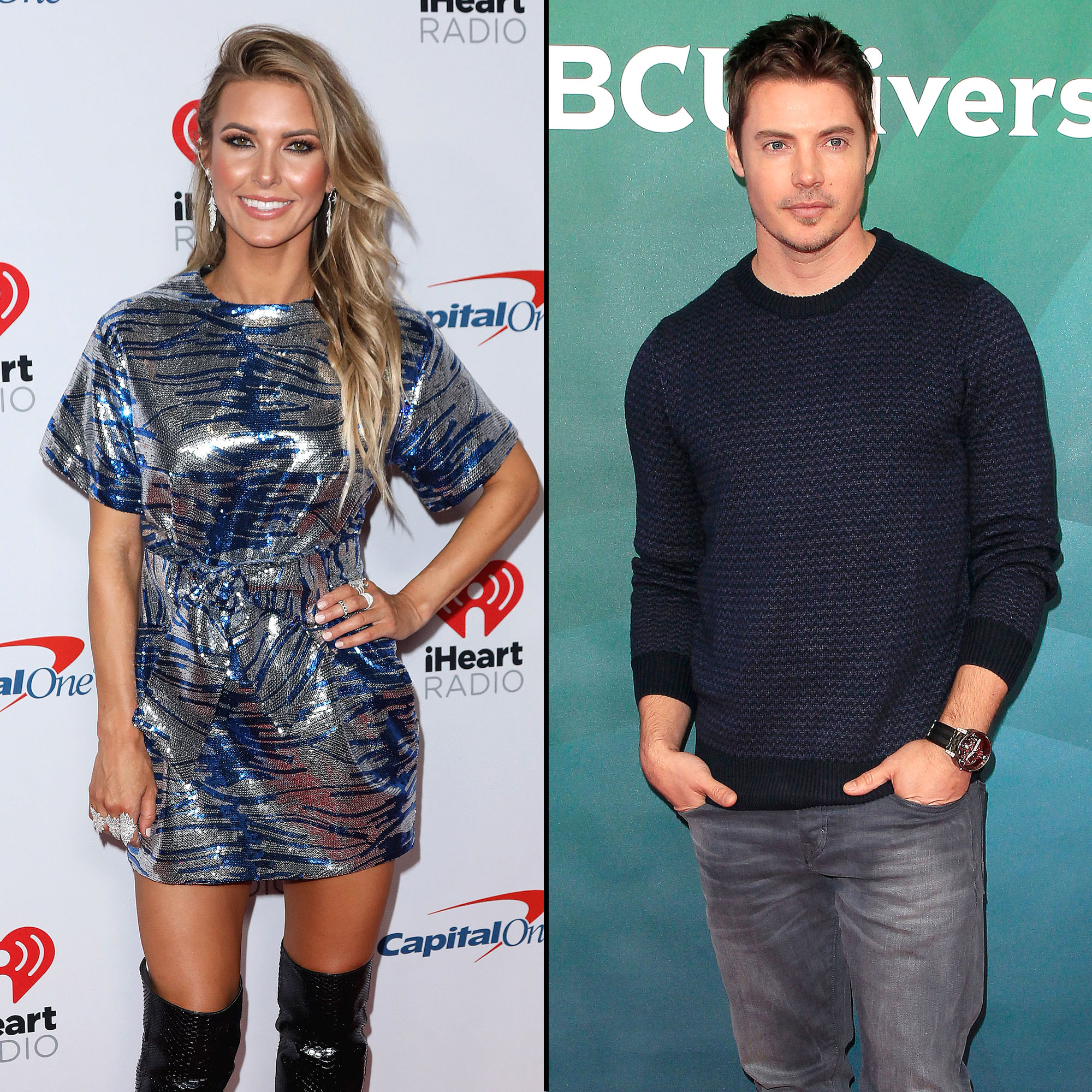 Ready for something new! Audrina Patridge is dating Josh Henderson after her contentious divorce from Corey Bohan, a source tells Us Weekly exclusively.

The Hills: New Beginnings star, 34, and the Dallas alum, 37, have been friends for years. They have been spotted at events together as far back as 2009. More recently, the couple attended Nights of the Jack’s Friends and Family Night on October 2.

The swimwear designer told Us in July that she was dating someone but declined to reveal his identity. “Just no B.S., no games,” she said of what she was looking for in a partner. “I think being a mom, that’s a huge thing to factor in. So immediately it’s all right, I have a child and she’s my priority, so I have to put everything on the table because then you don’t waste time. But definitely someone that’s good at communicating and consistent and a man of their word, and what you see is what you get.”

Patridge finalized her divorce from Bohan, 37, in December 2018. The exes, who share 3-year-old daughter Kirra, split in September 2017 after 10 months of marriage.

The reality star was granted a temporary restraining order in July after she accused the BMX biker of abuse. He was forbidden from coming within 100 yards of Patridge, Kirra, their home or their daughter’s school.

However, the pair came to an agreement on a visitation schedule in August.

Patridge opened up about the situation in an exclusive interview with Us later that month. “The biggest struggle with coparenting is probably getting the other parent to agree with you for something that your daughter wants to do, whether it be going to preschool or something that she wants to do, but they don’t want her to do it,” she explained. “It’s just a power struggle sometimes.”

Us broke the news in May 2018 that the TV personality was back together with Ryan Cabrera eight years after their initial breakup. The two called it quits the following September.

The singer, 37, seemed open to a reconciliation when asked whether the duo were done for good. “You know? We have a lot of love for each other and who knows,” he told Us at the 20th anniversary celebration of WWE Friday Night SmackDown on Fox on October 4. “You never know.”

Us confirmed in February that Patridge was dating Matt Chase, but by April, their romance was over.

The Desperate Housewives alum shared his love life dealbreaker with Us in June 2012. “I want to date someone who likes who I am as a person and not what I do for a living. I understand that it kind of comes with the territory, but I try to gauge who they are as a person,” he said at the time. “If they start asking a lot of questions about what I do, that’s a bit of a red flag for me. I almost find it very attractive when a woman has no idea who I am.”

With reporting by Emily Marcus and Carly Sloane