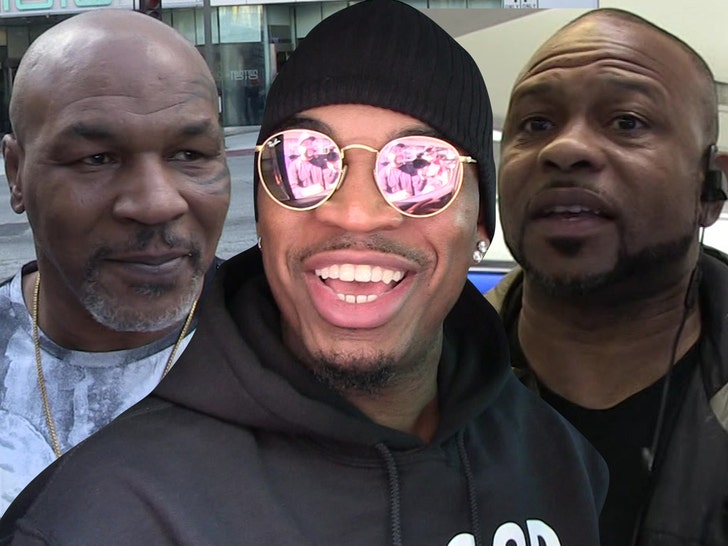 More celebrity firepower is being added for the Mike Tyson–Roy Jones Jr. fight — with Ne-Yo being tapped to perform the National Anthem before the main event, TMZ Sports has learned.

We told you at the beginning … the people behind the event were laser-focused on bringing in top-level talent to up the entertainment value surrounding the fight, and they’re delivering — with Lil Wayne, French Montana, DaBaby, YG, Wiz Khalifa and more set to perform during the November 28 fight at Staples Center in L.A. (available through PPV on Triller).

Now, Ne-Yo has signed on to perform the Anthem — a lifelong dream for the performer who’s been a hardcore Mike Tyson fan since he was a kid.

“Opening for a fight of this magnitude is an honor and I can’t wait to witness one of the most noteworthy nights of the decade,” Ne-Yo says.

“I may be performing, but I am a fan at the end of the day and I look forward to witnessing this once in a lifetime lineup.”

In fact, Ne-Yo told ESPN back in 2012 Tyson was his favorite athlete growing up.

Ne-Yo has also said he’s a massive boxing fan … and had long hoped to be apart of a major boxing super fight — so, mission accomplished!!

There’s more … we’re told legendary ring announcer, Michael Buffer — the “Let’s Get Ready To Rumble” guy — has signed on to work the event, as well.

As for 54-year-old Mike and 51-year-old Roy … they’re both in incredible shape — and have vowed to try and knock each other out when the bell rings.