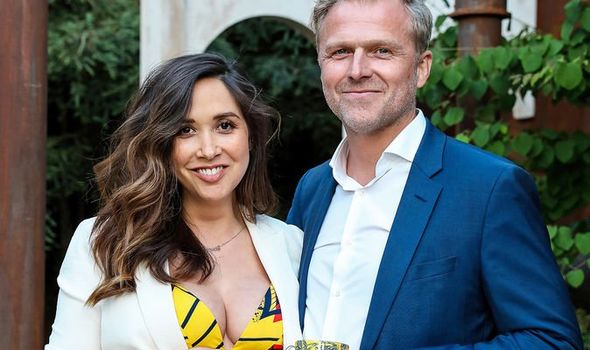 This is turning into an annus mirabilis for Myleene Klass. The popular musician and presenter’s wonderful year embraces her burgeoning relationship with PR executive, Simon Motson, 45; the inclusion of his son and daughter alongside her own two girls in what she calls her “patchwork” family; a starring role in a new West End production of Where Is Peter Rabbit?; and the arrival any day now of a new baby boy for the couple. “I’m so hot,” says Myleene, 41, fanning her face. “The weather’s been warm for weeks now but I also have my own inbuilt insulation system. I’ve commandeered every fan in the house in an attempt to keep cool as the bump – we call him Snoop –  grows and grows. And I’m on a daily diet of ice-cream.”

Everyone’s on tenterhooks waiting for the baby to make his appearance.

“But I don’t think I’m going to get much of a look-in when he does finally arrive. I’ll be competing with lots of little mummies.”

In the meantime, as a diversion, she’s bought a trampoline for the garden – “for everyone but me” – and works a two-minute rota system so each child gets a turn.

How does she feel about the fact that she’s carrying a son?

“Well, me and Ava and Hero have been together a long time so I’m pleased we girls will be welcoming a little boy into the household.” 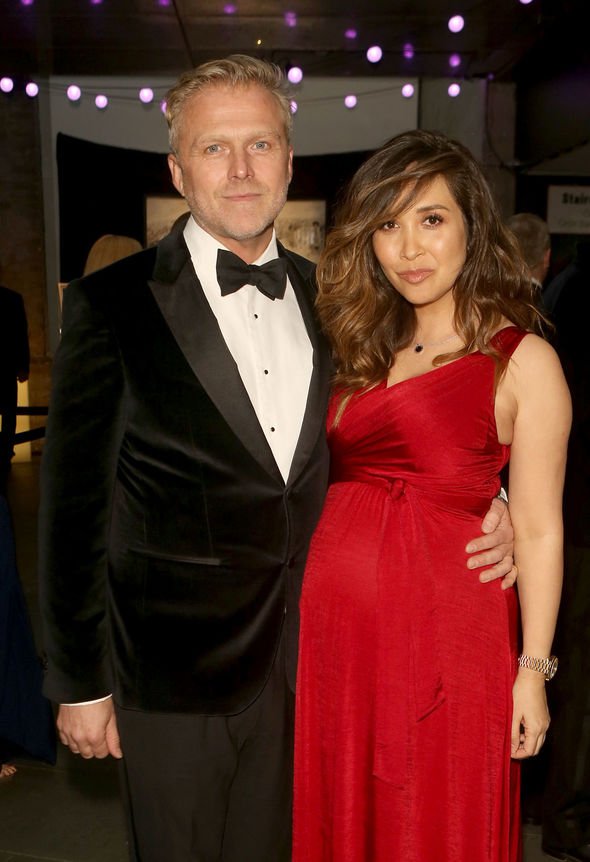 “But let’s just wait and see how we go with this one. At this rate, we’re going to have to travel everywhere by tour bus. The girls have already said they’re going to use their hoverboards to take Snoop for a walk in the park.”

Myleene and Simon were set up on a blind date in 2015.

“I very quickly knew he was ‘The One’ and I think he did, too,” she says. “We’d both been single for three years but we left it a year before we introduced each other to our children. When you’re dating someone with children, you’re dating the whole family.” 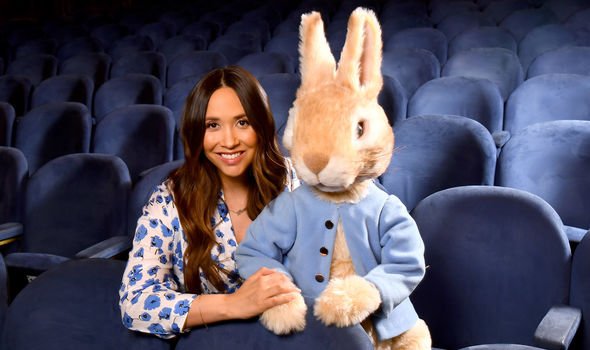 You can understand her caution.

Then, without warning, he walked out of the family home six months later on Myleene’s 34th birthday.

“I think we click because we have the same set of morals, the same views when it comes to our families. We want the same things for our children. All of that’s really important when you get to your 40s.

“It’s not about how hot the guy in front of you looks. It’s about how he blends with your family. But then every single day is just easy with Sim. Life should be fun, not an uphill struggle all the time. We laugh a lot. We enjoy each other’s company. And he’s superkind. He’s incredible with my children and an incredible father. He’s a lovely partner and an amazing person. I can’t believe it’s taken me so long to find him. I’m just glad that I did.”

Alongside this personal happiness, Myleene is also busy professionally.

“I was immediately attracted to the idea of narrating this stage production. My girls are nearly 12 and eight. I also have two stepchildren – a boy and a girl – of exactly the same ages. They all love Beatrix Potter’s characters. 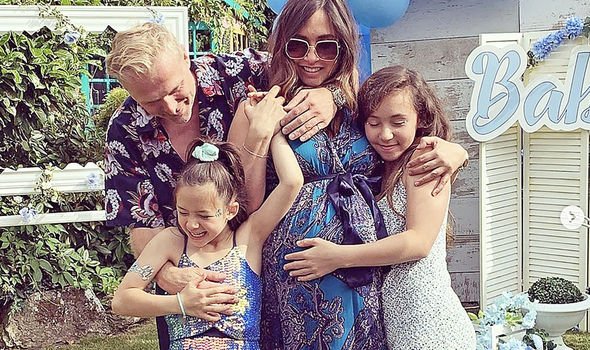 “She certainly knew how to tell a story. Even today, one of her books sells every 15 seconds. So I thought it would be nice to get involved in something they’d all enjoy and bring their friends to as well.”

“I love Peter Rabbit in particular,” he says, “because he’s naughty and always thinking of his stomach. He gets into trouble but, because he’s little and wholly innocent, we all root for him.

Myleene’s busy on plenty of other fronts.

Her collection of baby clothes for Mothercare is the longest-running celebrity range in the UK.

“They now get sold in Russia, which is a huge market, and China.”

She also has regular programmes on both Classic FM and Smooth Radio.

“That suits me perfectly. Sometimes I’m in the mood for Mozart, sometimes Madonna.”

It’s all a far cry from the young woman who graduated from the Royal Academy of Music in her early 20s.

She stayed for a year and was then offered the role of Mary Magdalene in Jesus Christ Superstar. 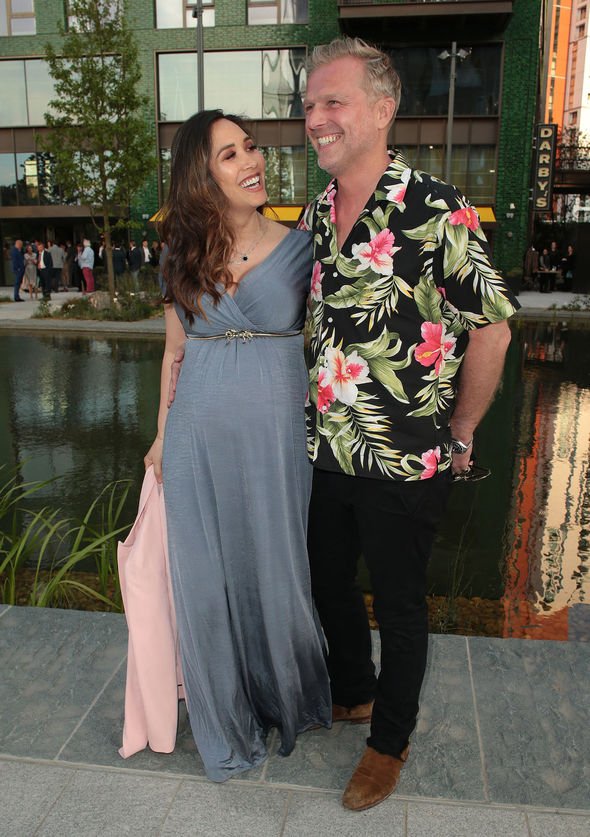 “But I turned it down because I wanted a new experience.”

That turned out to be auditioning in 2001 for the reality TV show Popstars, which saw her and four others put together as the group Hear’Say.

“I look back at myself then and I’m not sure how I came through it all, to be honest. I was 23. We did the best we could but we didn’t really know what we were doing. That said, I’d recommend anyone in their early 20s to join a pop band.

“It’s a great way to see the world. But it’s very much a business and we were completely out of our depth.”

“And I talk to [Suzanne Shaw] on a regular basis.”

She shakes her head.

“You never know what’s around the corner.”

Indeed, when Myleene took a shower in a white bikini in the Australian jungle on I’m A Celebrity in 2006, she became an overnight sensation.

“If I’d known the reaction, I’d have had a shower on Oxford Street years ago. I owe so much to those three tiny triangles of fabric.”

It led to a modelling contract with M&S and then Littlewoods, for whom she launched her own clothing range. 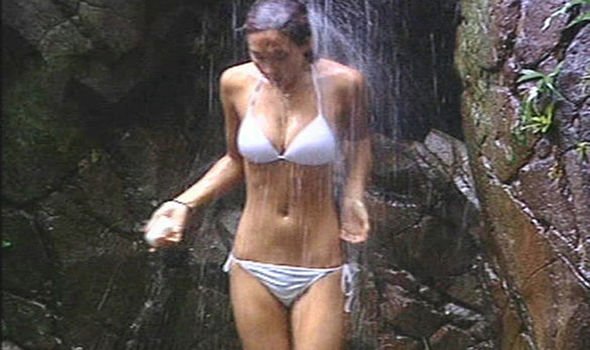 How will she dovetail all this activity into third-time motherhood?

“Oh, like I did with the first two. I’ll just strap the baby on and off we’ll go. He’ll be another dressing-room baby. But Sim will help, too. I know he’ll be really hands-on.”

“Yes, I did say that but then I’d been through a very difficult experience. It was a sweeping statement made in the heat of the moment.”

“I’m not ruling out anything anymore. I don’t need a piece of paper to remind me how much I love Sim. But I do respect hugely the institution of marriage.

“This may not be a very romantic way of saying it but Sim and I hope we’ll go through our lives together and make it to the final slab. Together. We don’t lead parallel lives. Our lives are intertwined.”

• Where Is Peter Rabbit? runs at the Theatre Royal Haymarket from July 20 to September 1. One child goes free with every top-priced ticket purchased. Please visit www.peterrabbitlive.com