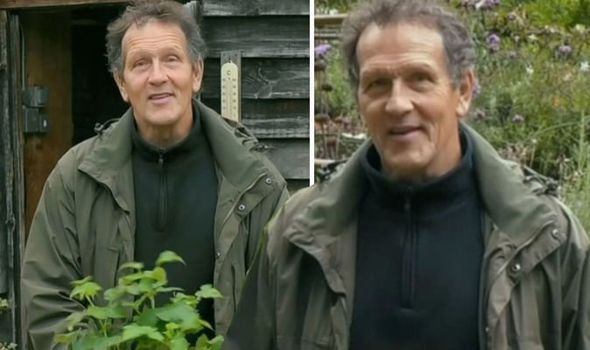 Monty Don took to Twitter today after learning of the destruction of a local river. The gardening expert said it “breaks his heart” to see the damage to River Lugg, which is a few miles away from Longmeadow, his home in Herefordshire.

Sharing a news report from the Wildlife Trusts on the social networking site today, Monty did not hold back when he aired his thoughts on the matter.

He wrote online, in view of his 205,100 followers: “This is just a few miles from Longmeadow.

“It breaks my heart but is all too-typical of the ignorance, arrogance and sheer wanton destruction of those privileged to care for our countryside.” 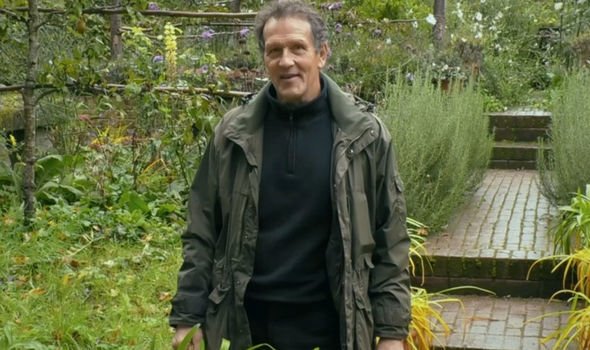 The article reports that 1.5km of the river has been “intentionally destroyed” and will be a test case for “Government commitment to strengthen wildlife protection”.

The article reports that the river is home to crayfish, otters and salmon, lampreys and dragonflies.

It has also been designated as a Site of Special Scientific Interest (SSSI) and as a Special Area of Conservation (SAC). 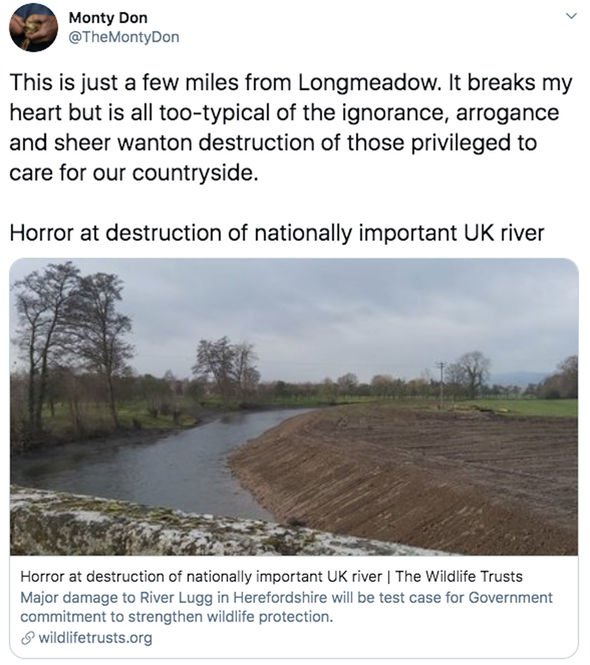 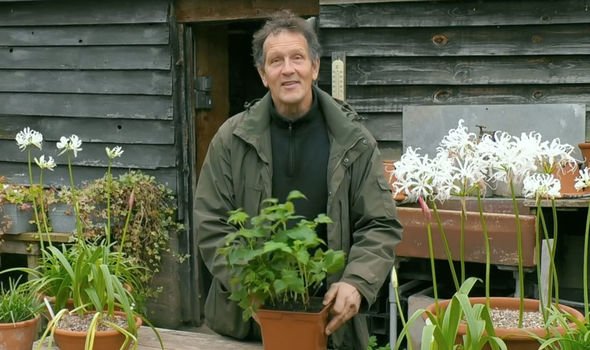 “What a mess. It will take centuries to recover, the reckless indifference of a human in a jcb digger,” wrote one social media user.

“They did the same to a gentle river by us. The council said it was causing flooding upland. After they had dug it all out it left a dangerous gushing river,” another added.

“I desperately hope that your influence will ensure those responsible are forced to pay for and remedy their destructive and self serving actions,” a third remarked.

The 65-year-old horticulturist later shared the details of the local council’s Planning Enforcement department, after a follower recommended people contact them for a “greater prospect of favourable outcome for the environment.”

Another follower flagged the historical importance of the river.

“Appalling especially as the River Lugg is such an important historical and archaeological artefact for #Herefordshire.”

The Twitter user went on to tag the local council, MPs and environment agencies into the post, in the hope that “something is done”.

Dave Throup, Area Environment Manager for the Environment Agency, said: “We are aware of reports of damage to the River Lugg, which due to its environmental importance is protected through Site of Special Scientific Interest status.

“We are treating this very seriously along with Natural England and the Forestry Commission who have taken immediate action in an attempt to prevent any further works at the site.

“We are mounting a wide-ranging investigation with Natural England, the Forestry Commission and other partners. We are unable to comment further at this stage.”