Is there anything more futile, hollow or disingenuous than the celebrity break-up statement? 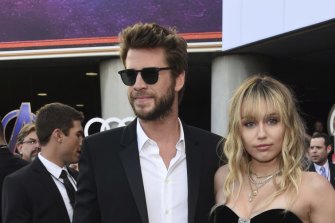 Liam Hemsworth, left, and Miley Cyrus arrive at the premiere of “Avengers: Endgame” in Los Angeles in April.Credit:AP 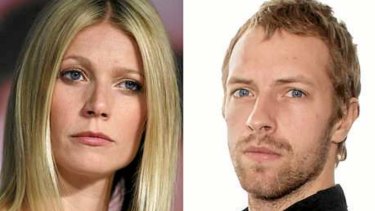 Which brings me to the carefully curated words issued last week on behalf of two of the world's biggest stars, global pop superstar Miley Cyrus and Australia's Liam Hemsworth, who for all intents and purposes appeared to be head-over-heels in love.

To discover they had not even made it to their eight month wedding anniversary certainly raised a few questions given we've had ringside seats to their love fest for over a decade.

The couple have shared their most intimate moments for all the world to see. Christmas celebrations, date nights, welcoming cute new pets, Valentine's Day, their wedding and even surviving the devastation of losing their home in a fire, we've lived vicariously through it all with them. 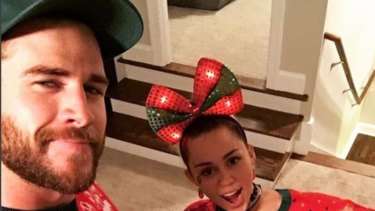 I know more about their relationship milestones than I do about about my next door neighbour's.

But now Cyrus and Hemsworth are imploring us – or rather busybody gossip columnists such as myself – to "respect their privacy".

Once their relationship status as one of the world's "hottest couples" was over, a team of highly-paid publicists, lawyers, managers and image consultants were recruited to come up with a strategy to mitigate any lasting damage to either of their public personas.

And the Cyrus/Hemsworth statement certainly read as though it were written by a committee.

“Liam and Miley have agreed to separate at this time,” a representative from Camp Cyrus told America's People, which is a publication known more for its celebrity worship than celebrity carve-ups.

Indeed, the choice of People was deliberate, providing a safe space to drop the bombshell and let the rest of the world's showbiz media play catch-up – despite the fact it appears they broke up weeks before the announcement went out.

“Ever-evolving, changing as partners and individuals, they have decided this is what’s best while they both focus on themselves and careers. They still remain dedicated parents to all of their animals they share while lovingly taking this time apart. Please respect their process and privacy.”

If only we all had access to a team of professionals to mop up when things get messy.

In the real world, when a relationship comes to an end – and more often than not in a bad way – it is up to the individual to trawl through their social media posts, removing and de-tagging photos of the former love before taking the ultimate step and changing one's relationship status on Facebook.

In the old days it was simply a matter of going through the photo album and cutting faces out.

But when you are Cyrus, with 97.2 million followers on Instagram alone, and Hemsworth (13.6 million), naturally things are a little more, ahem, complicated. And there's a lot of money involved here, not in the least given Cyrus, 26, is estimated to have earned nearly half a billion dollars since her days as a child star on Hannah Montana.

Hemsworth is currently hiding out in Byron Bay. The 29-year-old has been there for the past few weeks pretty much undetected until those cheery folk from the Daily Mail door-stopped him just 24 hours after the media was specifically asked to respect the former couple's privacy.

"You don't understand what it's like," Hemsworth was quoted saying about the split. "I don't want to talk about it, mate."

Hemsworth later claimed any quotes attributed to him in the Daily Mail story were "false", clearly going into damage control as his alleged quote went viral and was studied by the media in forensic detail.

There is obviously much to discuss about his relationship with Cyrus, just as there was when the couple finally married after years of relentlessly teasing the media about about getting hitched, deliberately dropping false leads.

They loved the attention their relationship garnered back then.