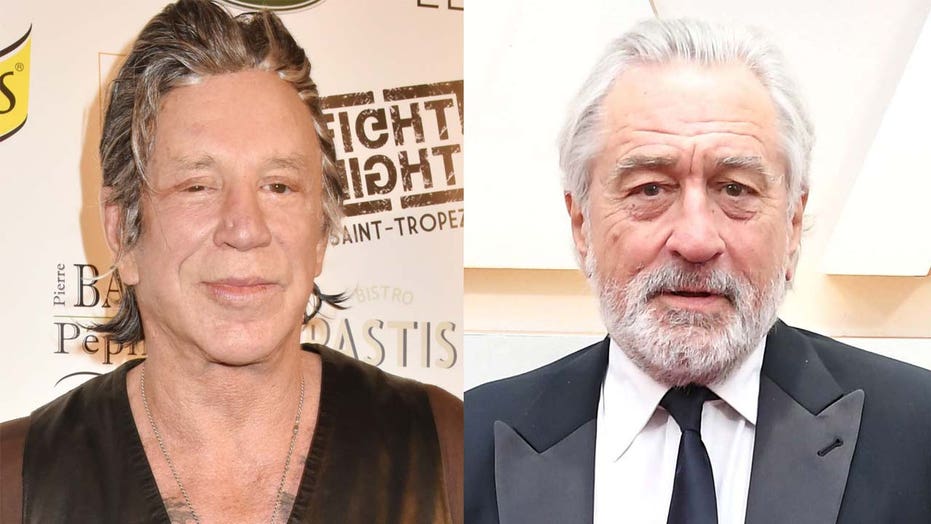 Mickey Rourke is taking another jab at Robert De Niro.

The actors have been embroiled in a feud for several decades since they starred together in 1987's "Angel Heart," with Rourke accusing De Niro of poor on-set behavior.

Now, the "Sin City" star, 67, has reignited the flames by slamming De Niro, 76, in an Instagram post shared on Friday.

The photo attached to the post showed De Niro smoking a cigarette decades ago.

Mickey Rourke (left) and Robert De Niro have been involved in a feud since the 1980s.
(Getty, File)

"Hey Robert De Niro, that’s right i am talking to you, you big f–king crybaby. A friend of mine just recently told me that a few months back you’re quoted as saying to newspapers 'Mickey Rourke’s a liar he talks all kind of s–t.'"

The actor continued: "Listen Mr.Tough Guy in the movies, you’re the 1st person that ever called me a liar and it was in a newspaper. Let me tell you something, you punk a–, when i see you i swear to God on my Grandmother, on my brother and all my dogs, i gonna [sic.] embarrass you severely 100%."

The note was signed "Mickey Rourke 'as God is my witness.'"

De Niro's reps did not immediately respond to Fox News' request for comment.

Before this weekend, the most recent addition to their feud came in 2019 when Rourke claimed De Niro blocked him from joining the cast of "The Irishman."

"Marty Scorsese wanted to meet me for a movie with Al Pacino, Joe Pesci and Robert De Niro," Rourke revealed to Italian TV show Live – Non è la D’Urso (via the Independent). "The casting person told my manager that Robert De Niro said he refused to work with me in a movie."

The "Wrestler" star explained that De Niro snubbed him on the set of "Angel Heart," claiming the Oscar-winner said it was "better if [they] don't talk."

"Now, I don't look up to him no more; I look through him," Rourke said. "I came up from the s–t. He doesn’t know that life. I lived that f–king life, so every time I look him in the face, I look right through his a–hole."