Amid her fallout with the Kardashians, Larsa Pippen claimed she was ‘seeing’ Tristan Thompson before Khloe Kardashian — and even ‘introduced’ him at a party of Kim’s!

Larsa Pippen claimed she not only dated Tristan Thompson, but was actually the reason Khloe Kardashian even met the future father of her child! The former KarJenner friend, who accused Kanye West for causing her fallout with the famous family , revealed this surprising bit about her dating history in a tell-all interview with Hollywood Unlocked on Nov. 9. “I kinda was seeing Tristan before Khloe. Before Khloe or any of them knew he existed,” Larsa revealed. 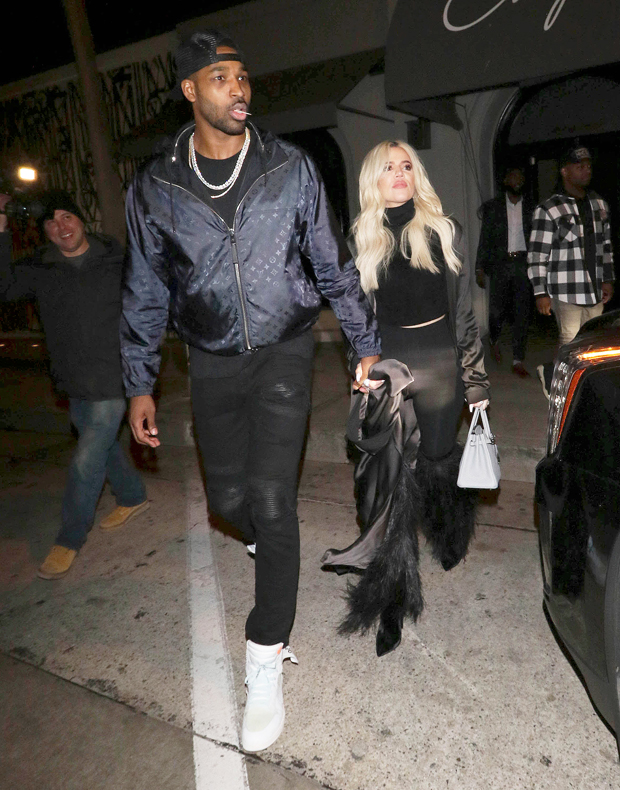 “I was seeing him, I had him come to LA. I brought him to a party Kim [Kardashian] had. I introduced him to all of them,” Larsa continued to explain. Scotty Pippens‘ estranged wife went on to claim, “Then a week later, maybe 10 days later, [Tristan] started seeing Khloe.” Larsa didn’t seem too bothered by this, though.

“Which is fine, I don’t even care. It’s whatever. I’m the type of person — I don’t really chase what’s not for me,” Larsa said. A host then asked The Real Housewives of Miami alum if Khloe was aware Larsa and Tristan were seeing one another, and Larsa admitted, “Yeah, I’m sure she knew — I brought him to an event.” Scotty and Larsa confirmed their divorce plans in Oct. 2016, which was after Tristan and Khloe started sparking romance rumors in August of that year.

However, Larsa is not holding a grudge. “I mean I love them together…they have a beautiful baby together,” Larsa clarified, referring to Khloe and Tristan’s two-year-old daughter True Thompson. She then seemed to refer to Tristan’s scandals with other women in the past, one of them being with Kylie Jenner’s now former best friend Jordyn Woods, whom fans previously claimed Larsa had “bullied” amid Jordyn’s scandal with Tristan. In the new interview, Larsa said, “I think when you have a family with someone, it’s really hard to break up…I applaud them for working things out.”

During the interview, Larsa also adamantly denied speculation of her hooking up with Tristan after he dated Khloe. “No! But it’s funny how people think it. I’m the most honest person in the world. Trust me, I would never lie about something like that,” the former Bravo star said. She then touched on Tristan’s scandal with Jordyn, saying that “ever since the Jordyn thing, it’s very easy” for people to believe such rumors, but that “at the same time, for me, I’m going to hold my man accountable way more than just a friend who’s drunk one time” (a TMZ report claimed Jordyn had allegedly said she was “drunk” on the night of her kiss with Tristan). “It’s hurtful people think that I hooked up and trying to ruin Khloe’s life. Dude, I would never do that. That’s not even my personality,” Larsa added.

Khloe has previously given credit to Brandon Jennings, not Larsa, for introducing her to Tristan! “I was put on a blind date with Tristan,” Khloe told Ryan Seacrest during the Keeping Up With the Kardashians Ten Year Anniversary Special, in 2017. “Brandon Jennings, who’s a basketball player, he’s a friend of mine and Malika [Haqq’s], and he’s like, ‘You’re such a good girl, I want to introduce you to someone.’” She recalled, “I was at the Bel-Air Hotel. He came to the dinner, cause I didn’t want to go on a blind date, so Brandon kind of ambushed the blind date. So I had a bunch of people, and he brought him, and we just connected.”