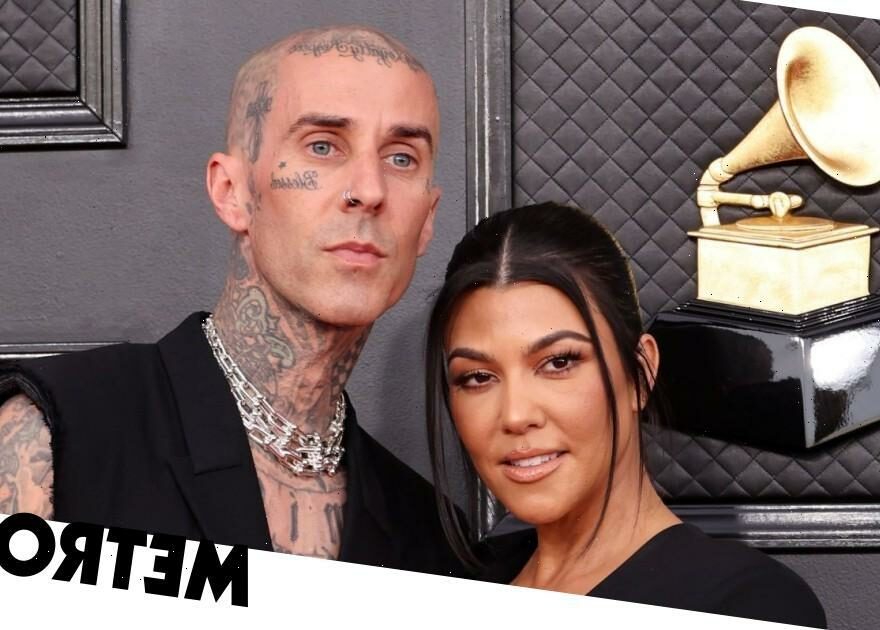 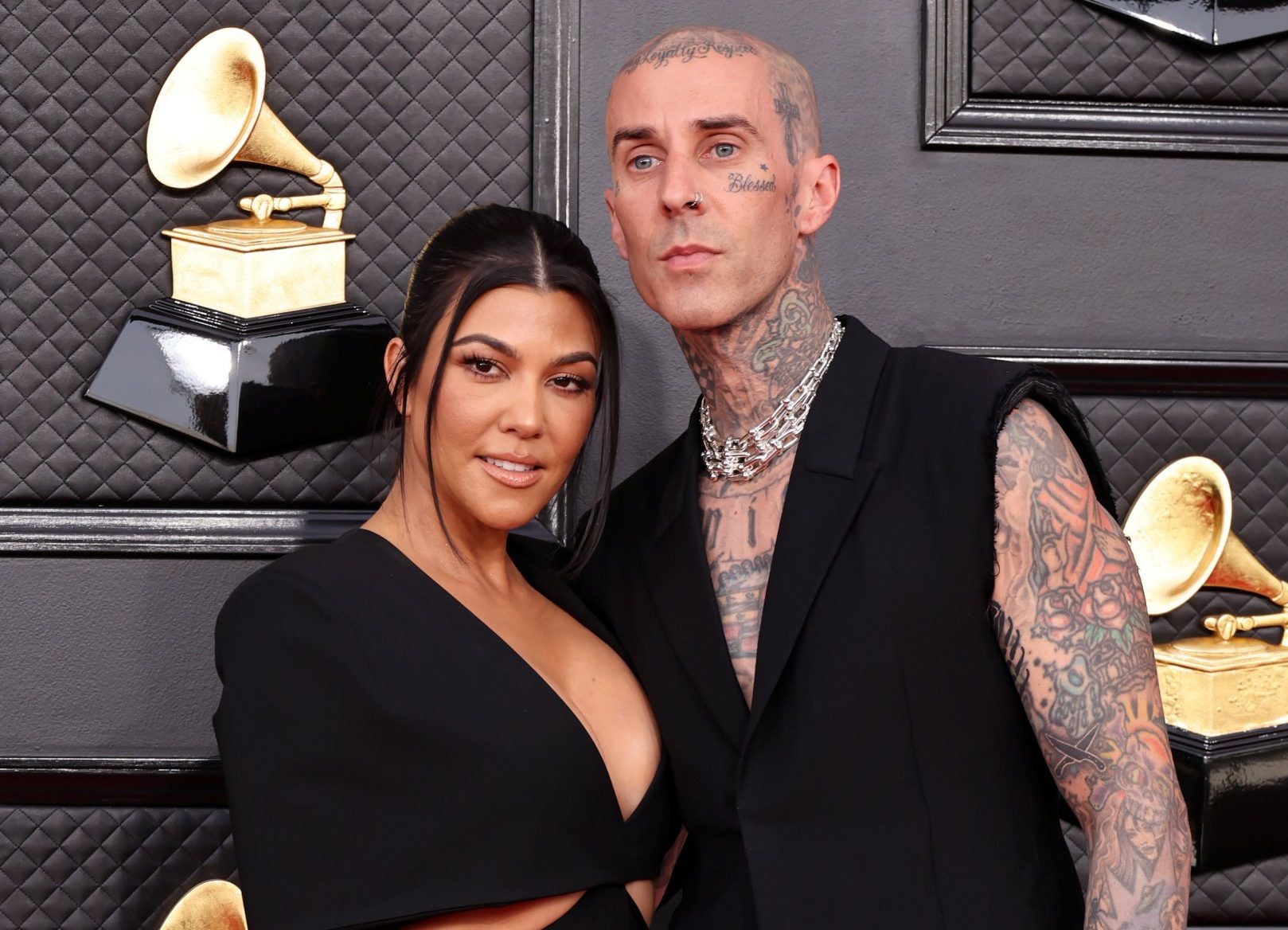 Kourtney Kardashian and Travis Barker have officially got married, it has been claimed

The couple, dubbed Kravis, sent fans into a spin when they appeared to tie the knot in a low-key Las Vegas ceremony, before confirming that it was a practice ceremony.

However, not content with sending us into a spin with the ‘rehearsal’ ceremony, the Kardashians star and Blink-182 rocker have reportedly said their vows for real.

According to reports, they said ‘I do’ earlier today in Santa Barbara, months after confirming their engagement.

TMZ reports that they were reportedly spotted ‘exchanging their vows’ on the steps of a courthouse in the area.

In pictures obtained by the publication, the mom-of-one donned a short white dress with what appeared to be a bridal veil.

Her beau opted for an all-black suit as they posed in front of a car – which happened to be decked out with a sign reading: ‘Just married’.

However, none of their loved ones, including Kourtney’s famous family, were photographed with them and it is not clear if any of them had made the trip to the area.

Kourtney and Travis have yet to speak out over the rumored wedding but an insider claimed to People Magazine that they had to get legally married ahead of an upcoming ceremony overseas.

‘They had to legally get married first ahead of their big Italian wedding, which is happening very soon,’ they said.

‘All the details are set and the whole family, including all the kids, are very excited.’

Fans would be forgiven for taking any reports of a ceremony with a pinch of salt after Kourtney and Travis were thought to have held a ceremony in Vegas last month – before announcing that they hadn’t obtained a license for the nuptials.

Sharing a glimpse inside the ‘wedding’ on Instagram, the mom-of-three penned: ‘Found these in my camera roll.

‘Once upon a time in a land far, far away (Las Vegas) at 2am, after an epic night and a little tequila, a queen and her handsome king ventured out to the only open chapel with an Elvis and got married (with no license).

She later admitted that she couldn’t quite remember their ceremony during, but confessed that they weren’t given a license to make it official.

Kourtney and Travis sparked intense speculation over their relationship at the beginning of last year, and went public on Instagram in February, 2021.

They have been inseparable ever since, and are known for their PDA-heavy antics on Instagram.

The I Miss You musician popped the question at the super-romantic Rosewood Miramar hotel in Montecito, California – with the scenes currently playing out on the Kardashians.

Metro.co.uk has contacted reps for Kourtney and Travis for a comment.