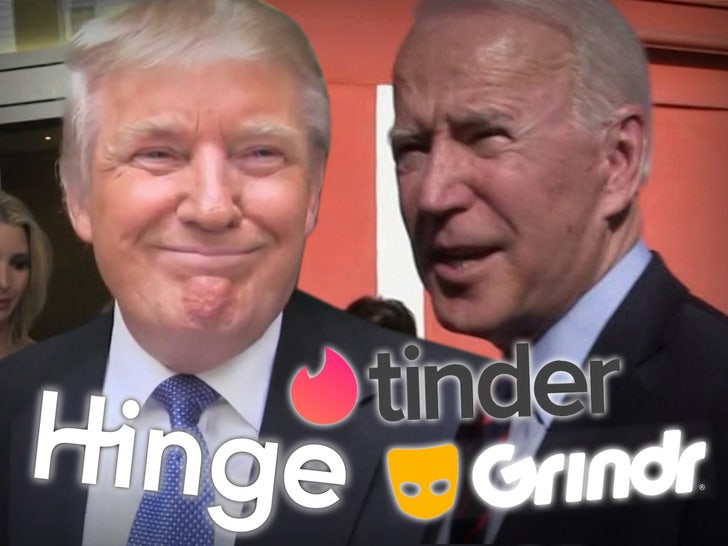 Imagine opening up Hinge, Tinder or Grindr and the other person’s opening line being … who ya voting for? That’s exactly what’s happening … especially in battleground states.

Tons of people are reportedly flooding to those datings apps to get users to the polls — and that’s not a euphemism. Specifically, Hinge users/poll pushers are changing their geolocations to battleground states like Pennsylvania, North Carolina, Wisconsin, Michigan, Texas and Arizona.

Once there, users set up their profile and do what they can to attract a match … going as far as posting tons of pictures with furry animals, for example. Once they match, they talk voting and ask if they’ve settled on a presidential candidate yet. According to CNN … users reportedly try to persuade undecided voters to Joe Biden but they also respect those who have settled on President Trump.

Some people have called this operation #DateSaveAmerica … and while some users told CNN they’ve lucked out and had meaningful conversations about the election, others have said they were turned off when the convo turned to politics.

It’s not the first time dating apps have turned political. Back in 2018, the Washington Post reported Tinder users had a similar plan for the midterm elections.

While it’s easy for a Hinge user in California to change their location to a battleground state, it’s not so easy on Tinder and Grindr. Their users have to pay for premium service to do that.