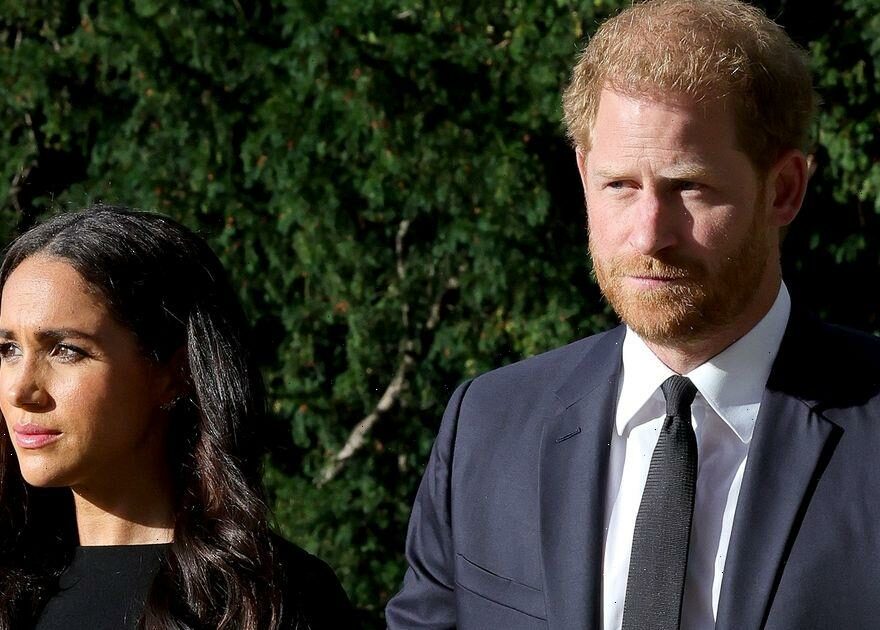 Prince Harry celebrated his 38th birthday privately yesterday with his wife Meghan Markle by his side.

The pair are currently in mourning following the death of Queen Elizabeth II on 8 September, with her public state funeral due to take place on Monday 19 September.

There were no public messages of "happy birthday" to Harry from any of the senior royals including Prince William, 40, and Kate Middleton, 40, due to the mourning period, however, the new Prince of Wales insisted he "didn't forget" his younger brother's birthday.

Prince William and Kate greeted well-wishers at Sandringham on Thursday as they went on a walkabout and viewed floral tributes to the late Queen, and William responded positively when one person pointed out that it was Harry's birthday.

William replied: “It is his birthday today – you’re absolutely right, it is," and when asked if he’d forgotten, the Prince chuckled, and said: “No, I’ve not forgotten.”

For all of the latest updates, sign up for OK!'s Royal newsletter.

Some of the icy tension between the two brothers appears to have thawed in the past week following the death of their beloved grandmother, the Queen.

The warring pair have put on a united front, starting with a walkabout at Windsor Castle on Sunday 11 September, when Prince William extended an olive branch, inviting Harry and Meghan to join him and Kate to greet well-wishers.

It was a hugely pivotal moment, as it was the first time the two couples – formerly known as the 'Fab Four' – had been seen together in public for two years, since Harry and Meghan completed their last official duty as senior royals in 2020.

In the years that followed, Harry and Meghan have levied a number of accusations at the royal family, initially through their tell-all interview with Oprah Winfrey in 2021, including one where they accused a senior royal of wondering "how dark" their son Archie's skin might be when he was born, as Meghan is biracial.

Meghan also claimed that Kate had made her cry over a disagreement about bridesmaid dresses in the run up to her 2018 wedding to Prince Harry, contradicting reports claiming it was the opposite way around.

In the wake of the Queen's death, the brothers have come together in their grief, walking side-by-side during a procession of the Queen's coffin from Buckingham Palace to Westminster Hall where it will Lie-in-State until Monday, the day of her funeral.

Kate Middleton and Meghan Markle joined their husbands and other senior members of the royal family when they stood behind the late Monarch's coffin during the Service of Thanksgiving for the life of the Queen on Tuesday before the Lying-in-State commenced.