The supermodel was photographed on a walk in New York City on Tuesday, marking the first time she’s been snapped in public since welcoming her first child, a baby girl, with her longtime beau Zayn Malik. Hadid had her daughter tucked inside a stroller for their joint stroll. For the brief appearance, Hadid showed off her effortlessly chic style in an all-black ensemble that included an oversized coat, a denim collared shirt, a newsboy cap, leather combat boots, tinted sunglasses, and of course a protective face mask. 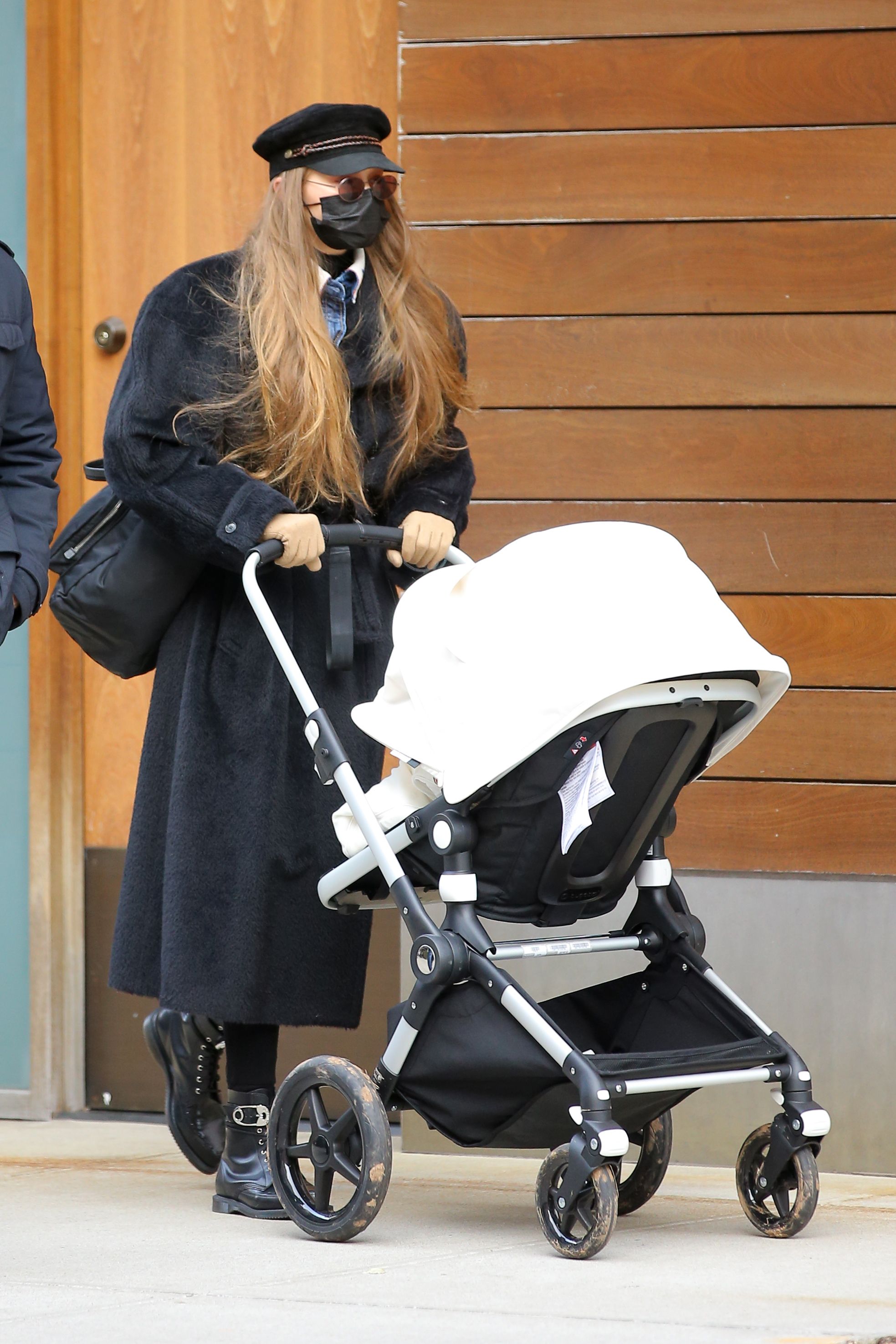 Hadid was seemingly out to meet up with her sister and fellow model, Bella Hadid. The two siblings were photographed together as well, with Bella bundled up in a leather trench coat, knit scarf, and black beanie hat. 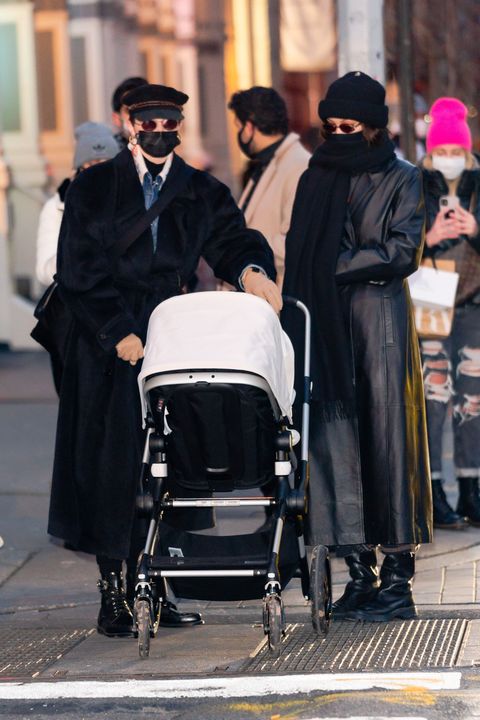 Hadid has kept a low profile since welcoming her baby girl back in September, though she’s shared glimpses into her life as a new parent via social media. Most recently, Hadid’s mother, Yolanda Hadid, took to Instagram to share a throwback photo of her daughter and Malik posing alongside their gender reveal cake as they both found out they were soon welcoming a new baby girl into the world.

Hadid has also shared multiple selfies with her new daughter, albeit always choosing to conceal her face when she does so. Most recently, the supermodel shared a few posts from her family’s Pennsylvania farm as she holds her daughter close and expresses her excitement over spending her first holiday season as a new mom.

If this is just the beginning of Hadid’s fashion renaissance as a new mom, we can’t wait to see what more she has in store.